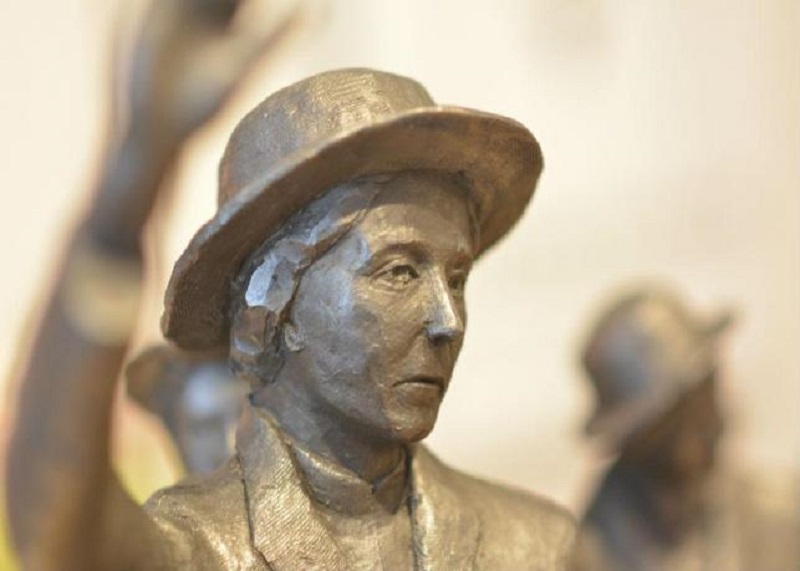 A LASTING LEGACY to the woman behind the Glasgow rent strikes whose name is still synonymous with tenants rights will be unveiled in Govan on International Women’s Day this week (8 March), after a long-running fundraising campaign by the Remember Mary Barbour Association (RMBA).

Mary Barbour was a central figure in the Glasgow rent strikes of 1915 against rent increases, Barbour also formed eviction resistance groups of mainly women which were dubbed as “Mrs Barbour’s Army”.

Barbour later went on to stand for election as a Labour candidate in Govan, becoming one of the first women councillors in the city. 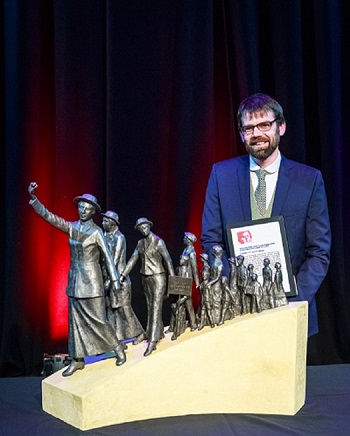 The people of Glasgow were able to vote for their preferred statue, settling on a design by sculptor Andrew Brown which captures the day in November 1915 when Barbour led a 20-thousand-strong protest through the streets of Glasgow.

Speaking when the winning design was announced, Maria Fyfe, chair of the RMBA said: “When the public in Glasgow saw the designs, there was support for all five of them. But the widest support was expressed for the one we announce tonight, and the Remember Mary Barbour Association endorse their choice.

“This sculptor’s intention was to present Mary Barbour, for now, and for generations to come, in a way that captures the achievement for which she is best known. The day in November 1915, when she led a 20-thousand-strong protest through the streets of Glasgow to the Sheriff Court and won the victory.”

The RMBA raised over £100,000 in order to make the project possible, with their appeal backed by First Minister Nicola Sturgeon, who said in 2015: “It is wrong that there are so few statues in Scotland to women. Mary Barbour, not only for her bravery in leading the Govan rent strike during the First World War but for her work as one of the first women councillors in Glasgow, thoroughly deserves that honour. I wish the appeal well.”

The statue will be unveiled in the heart of Sturgeon’s constituency, Glasgow Southside, but CommonSpace was unable to confirm if she would attend the unveiling later this week.

Starting at 11am, organisers say local schoolchildren will be a central part of the unveiling ceremony at Govan Cross and there will also be entertainment from a variety of performers and choirs before the statue is unveiled.