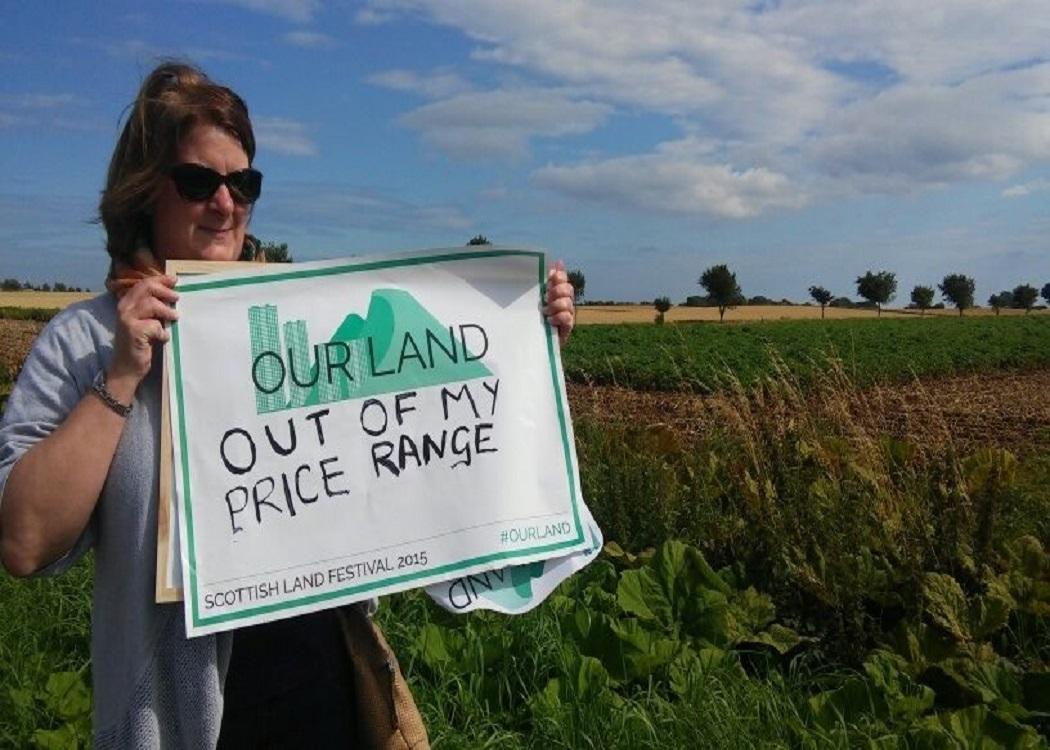 COMMUNITY LAND SCOTLAND was formed in late 2010 because it was felt the momentum had gone out of land reform in Scotland.

Its purpose was to raise the arguments for land reform to continue, and to effect government policy to that end. Few would say there is no momentum in land reform today, with many traditional landed interests believing it has gone all too far already and would have it stop before anything else is done!

The development over the past four years of ever strengthening policies toward land reform are welcome. The new Land Reform Bill builds on the recently passed, and little understood, Community Empowerment Bill which amended the 2003 Land Reform Act to extend community rights to buy land, importantly, even when there is not a willing seller.

Land reform policy does not sit in a vacuum, it is not just about rectifying historic wrongs, it is about delivering wider social policy objectives.

It builds too on the commitment to see community-owned land double in the period up to 2020, and on the reintroduction and subsequent increase in the Land Fund to support community purchases.

But what is as important has been the development in policy thinking and the expression of why land reform is needed. The Policy Memorandum for the Bill is testament to how far we have travelled in a short time.

Land reform policy does not sit in a vacuum, it is not just about rectifying historic wrongs, it is about delivering wider social policy objectives; the advancement of human rights; the achievement of greater fairness; diversifying the ownership of land; advancing equalities.

This is welcome as for too long the only human rights arguments we heard were the supposed rights of existing large land owners to have their interests protected by ECHR. But the general population have rights too, and this is increasingly recognised.

So, there is much to welcome about the progress the Land Reform Bill represents. The specific proposals to have and review a land rights and responsibilities policy provides a platform for developing government objectives for land to be established.

These proposals can be strengthened and we will be arguing for that, making it clear in law that the purpose of land policy is to further human rights, greater fairness and equalities.

The Land Commission to continue to examine and propose change to land policies and laws over time is welcome, as is the further community right to buy in order to secure the sustainable development of places.

Even these proposals can be strengthened and we will be arguing for that, making it clear in law that the purpose of land policy is to further human rights, greater fairness and equalities.

There are those who believe the Bill is dangerously radical, but any objective view would see it as progressive, yes, but also very cautious and hardly the stuff of the revolutionary zeal its more conservative detractors may like to suggest.

The proposals for transparency on who owns land have retreated significantly from what was proposed in the recent consultation. We hope Parliament will test to the very limit whether what was originally proposed is really not capable of delivery, or certainly to find ways to strengthen what is proposed now.

Beyond this, we believe there is a significant omission in the powers that ought to be available to Scottish ministers to act to protect the public interest in land ownership.

As proposed, the compulsory powers over land ownership depend upon communities initiating action. In many ways this shows great confidence in communities by enhancing their rights, but we know from our experience that not all communities are capable of exercising those rights or have the confidence to do so, and many still fear ‘repercussions’ from un-co-operative landowners.

Community Land Scotland will be strongly supportive of the current Bill, but we will argue for it to go further, too, to be able to promote and deliver change to our anachronistic land ownership patterns.

Of course, in all too much of Scotland there are no communities to exercise these potential rights anyway, having been forcibly cleared from land during notorious periods of our history, or having suffered decline to the point of being unsustainable in times past.

As proposed, Scottish ministers would be given no powers to act, even if they thought there was a public interest justification to do so. Nor would there be a power to act if it was considered the scale of ownership by any one individual or corporation, with monopoly control over land in particular areas, did not serve the public interest.

Surely it has to be right that any nation has the power to act to require change in land ownership, when that ownership was not serving the public interest. What better opportunity than the Land Reform Bill to consider and grant such powers.

Community Land Scotland will be strongly supportive of the current Bill, but we will argue for it to go further, too, to be able to promote and deliver change to our anachronistic land ownership patterns.