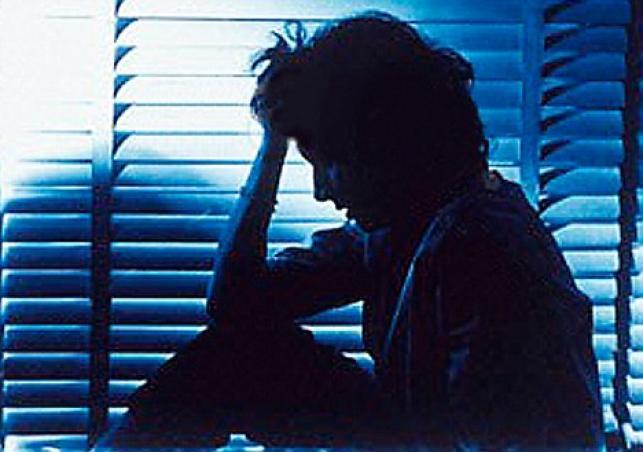 With problems of mental health increasingly prevalent, and feelings of hopelessness and anxiety on the rise, what can be done to help Scotland’s young people?

OVER 40 per cent of Scotland’s young people said they have experienced a problem with their mental health in a new UK wide survey.

Meanwhile, 51 per cent say they commonly feel anxious, 53 per cent speak of semi-constant stress, and one in five describe themselves as regularly feeling hopeless.

These findings were revealed in the latest figures released by the Prince’s Trust Macquarie Youth Index, based on a survey of 2,194 people aged 16 to 25 from across the UK. The Index assesses numerous factors which inform young people’s wellbeing, from physical health to family environment to working conditions.

Now in its 10th year, the most recent findings from the index also suggest that the emotional health of Scotland’s young people has declined measurably year on year.

“This is a generation rapidly losing faith in their ability to achieve their goals in life, who are increasingly wary of and disillusioned with the jobs market.” Senior head of partnerships at Prince’s Trust Scotland Finlay Laverty

This data echoes the conclusions of a poll conducted among Scottish young people in January by YouGov on behalf of the Mental Health Foundation, which found that over half of Scots aged 18 to 24 have experienced poor mental health as a result of loneliness and social isolation.

Responding to the new Macquarie Youth Index, Finlay Laverty, senior head of partnerships at Prince’s Trust Scotland, argued that the high number of young Scots facing problems with their mental and emotional health was tied to the unforgiving circumstances they face, saying: “It should ring alarm bells for us all that young people in Scotland are feeling more despondent about their emotional health.

“This is a generation rapidly losing faith in their ability to achieve their goals in life, who are increasingly wary of and disillusioned with the jobs market. Scotland is at real risk of leaving a wealth of untapped potential to go to waste.”

Commenting further, Laverty went on to demand action from multiple sectors of Scottish society, in light of the problem’s national implications: “One of the most important things we can do to change this picture is show young people that it’s worth having high aspirations, that opportunities to earn a decent living and progress in a career are out there, and that they’ll be supported along the way to live, learn and earn.

“For this to happen, it is vital that government, charities, and employers across Scotland invest more in developing young people’s skills and in providing opportunities for them to progress in fulfilling sustainable careers.

“Commitments to initiatives that promote positive mental well-being should underpin this to help create a culture of openness, where young feel supported and listened to.”

While Laverty points to the need for opportunities and provisions of mental health care, the rising prominence of young people’s mental and emotional wellbeing on the Scottish political agenda has seen numerous factors highlighted recently.

Following the January YouGov poll, Mental Health Foundation director Isabella Goldie observed that “loneliness among younger people is hugely underreported, but our research is clear that social isolation affects the mental health of young people more than any other age group.

“Our children are finding life harder to navigate than previous generations, and worryingly, they are living with high levels of distress. This is something we can no longer choose to ignore.”

Goldie went on to warn that without action, Scotland faced a crisis in the mental health of its youth: “Too many of our young people are not thriving and unless we act now we will face an imminent mental health storm.”

The Mental Health Foundation’s research identified the prevalence of social media as a factor in the social isolation of young people, a phenomenon recognised by Cinzia DuBois, an Edinburgh-based writer and digital media specialist who has spoken extensively about her own experiences with mental health issues.

“Perfectionism is killing the millennial generation, and every generation which follows.” Writer and digital media specialist Cinzia DuBois

Speaking to CommonSpace, DuBois said: “As a millennial, I lived over shift, but I remember self-harming by the age of seven. By the age of seven I was convinced that I wouldn’t amount to anything, the institutions that I was part of had already convinced me life and success was an ‘all or nothing’ game. Perfectionism is killing the millennial generation, and every generation which follows.

“Originally it was just the academic institutions which graded and compartmentalised students’ self-worth; but now the young generation have more opportunities to micro-analyse their value. It’s a well-known fact that social media platforms have been designed to be addictive. Technology has hijacked people’s minds; rather than sitting in a casino pulling on the handle of a slot machine, young people are posting from their phones.”

Earlier this year, the Mental Health Foundation noted the importance of Scottish Government pledges on creating a strategy addressing social isolation, as well as establishing a Youth Commission on mental health. However, Goldie also called for increased investment in schools-based counselling, and affirmed the necessity of adequate mental health training for teachers.

The Scottish Government has been at pains to emphasise its commitment to addressing concerns surrounding young Scots’ mental health. Responding to the latest Prince’s Trust figures, Minister for Mental Health Maureen Watt told CommonSpace: “Providing a positive future for our young people is our top priority and this report shows that we must continue to do all we can to promote and improve wellbeing and to help children and young people thrive.

“Mental health needs to be something that everybody talks about, and reducing stigma and promoting discussion and early action are vital to ensuring that Scotland is the best place to grow up.” Minister for Mental Health Maureen Watt

“Mental health needs to be something that everybody talks about, and reducing stigma and promoting discussion and early action are vital to ensuring that Scotland is the best place to grow up – especially in 2018, the Year of Young People.”

Watt pointed to the Scottish Government’s ongoing efforts in the area, saying: “Our 10-year Mental Health Strategy, backed by investment of £150 million over the next five years, sets out clearly how we can improve early intervention, and ensure better access to services. That includes specific actions to support young people.”

In addition to their Mental Health Strategy, the Scottish Government in March of this year announced the formation of a new Youth Commission on mental health services, formed from between 15 and 20 people aged 14 to 22, recruited from a variety of backgrounds. With funding of £95,000, the commission will report back to ministers over the course of its 15-month tenure with recommendations for improving provisions for young Scots’ mental health.

However, criticisms of existing provisions in Scotland are long-standing and widespread.

In January, the Scottish Association for Mental Health (SAMH), following the publication of their study ‘Going to Be… Well-Trained’, called on the Scottish Government to mark the Year of Young People by creating a programme to train all Scottish school staff in mental health after their survey revealed that more than two-thirds of teachers in Scotland do not feel they have received enough mental health training to properly carry out their role.

The survey also found only a third of school staff believed their school had an effective means of responding to mental health problems among pupils.

The importance of mental health provision within Scottish education was further underlined by SAMH, who have reported that half of all mental health problems in adulthood start by the mid-teens, while three-quarters have manifested by the time those suffering from them reach their mid-twenties.

Concerns within the education sector extend to colleges and universities, where the lack of adequate or available counselling for students has become increasingly controversial.

Responding to the Prince’s Trust figures, NUS Scotland president Luke Humberstone told CommonSpace: “NUS Scotland has long highlighted the growing levels of mental ill health in Scotland’s students, and these figures are further evidence of the need to invest in mental health support as a matter of priority.

“It’s hard to understate the role that on-campus mental health services play in supporting students with mental ill health to access, remain, and succeed in education, breaking down barriers to the fantastic opportunities that education creates.

“However, the provision of these vital services across the country is patchy at best – with some institutions having a range of services on offer, while others have no on-campus counsellors available to students.”

Nevertheless, despite what improvements and new initiatives may be made by the Scottish Government or by the charity sector, within educational institutions or NHS Scotland, some have echoed Finlay Laverty’s warnings that the seemingly unfulfillable demands placed upon young people – particularly when reliable, fulfilling employment is increasingly scarce – can be a major factor in the nation’s worsening crisis of mental health.

In their 2017 report ‘Flexibility for Who? Millennials and mental health in the modern labour market’, the progressive think-tank the Institute for Public Policy Research (IPPR) revealed that their analysis showed younger workers in part-time and temporary work are more likely to experience poorer mental health, with zero-hours contracts, low pay and job insecurity all listed as contributing factors to mental health problems.

The IPPR warns that, unless action is taken by government and employers, “younger workers face a future employment landscape that could damage their health and wellbeing”.

While Scotland, as of 2016, has the lowest rate of zero hours contracts in the UK, their presence remains a major aspect of the employment landscape, and millennial precarity is almost omnipresent through the developed world. Without significant upheaval or drastic reform, the economic factors driving the mental health issues of Scotland’s youth will not end soon.

Whether action on other levels of society will be enough to combat the unfolding crisis remains to be seen.