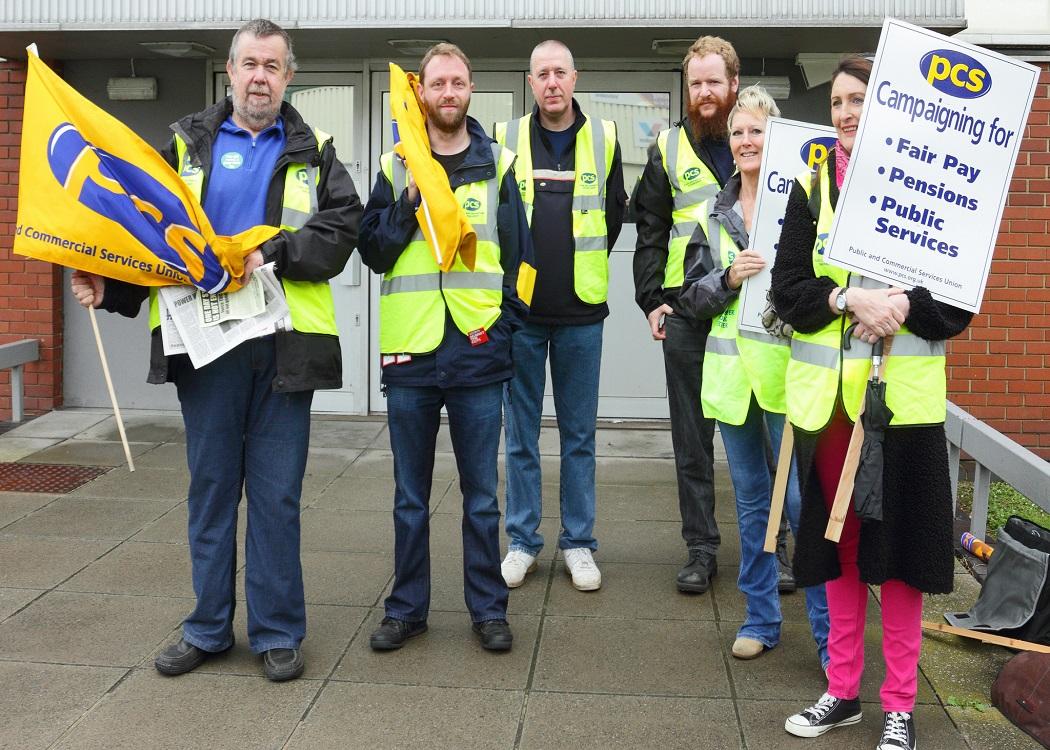 ANY “progressive politician” who crossed a PCS picket line during recent industrial action “should consider their own conscience”, writes the Scottish secretary of the PCS Union, Lynn Henderson.

Writing on her own blog in a piece titled ‘Picket lines, principles and the Parliament’, Henderson recounted a recent two-month rolling programme of strike action by PCS members working for the Scottish government, parliament, culture and justice bodies over pay.

While members of fellow unions are often sympathetic on strike days by cancelling meetings in order to avoid crossing picket lines or refusing to take on the duties of a striking co-worker, politicians in Scotland have shown much less solidarity, Henderson says.

She writes: “Last Thursday, with the exception of 10 principled MSPs (five Labour and the five Green and Independent members), SNP and Labour politicians alike saw fit to cross our picket lines en masse. That the parliament functioned that day can only be down to management pressure on non-PCS staff to cover the duties of striking workers. To use industrial language, this is scabbing.

“Therefore any progressive politician crossing our lines and participating in Parliament business on a strike day should consider their own conscience.

“We expect as much from the Tories and Liberals, but many MSPs that otherwise style themselves as champions of the underdog appear oblivious to long held labour and trade union movement principles when it comes to the unionised Scottish parliament workers that deliver parliamentary services to them at Holyrood day in day out.

“Surely these hard working and loyal public servants withdrawing their labour, sacrificing a day’s salary in protest against austerity pay are as worthy of support and solidarity as any other Scottish worker in dispute.”