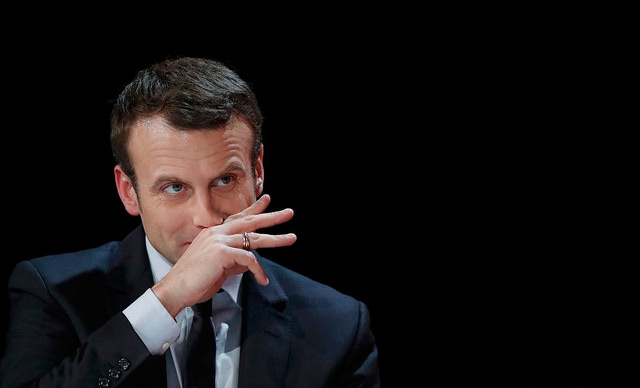 FOLLOWING THE success of autonomist and pro-independence parties in increasing their majority in the Corsican regional election in France, the European Free Alliance (EFA) told CommonSpace that Catalonia proves it would be a mistake for France to deny calls for dialogue and devolution.

Günther Dauwen, director of EFA – an umbrella organisation of 45 progressive nationalist, regionalist and autonomist parties throughout the EU, including the SNP in Scotland – also said that growing disaffection with the treatment of non-state actors by the EU and European institutions is providing the political conditions for independence movements to grow.

Sunday’s elections in Corsica, one of the 18 regions of France, saw an electoral coalition between the autonomist party Femu a Corsica and the pro-independence party Corsica Libera win with 56.5 per cent of the vote.

“I think the decision to be autonomous or to ask for more devolution or independence comes in a specific political context.” Günther Dauwen, EFA director

The alliance first came to power in the last regional election in 2015, with the most recent election having been called as a result of territorial reform merging the administrations of the North and South of the island.

Now, the coalition has called on the French Government to grant greater autonomy for Corsica, including through equal recognition of the Corsican language, amnesty for political prisoners, and the creation of a special residency status on the island to prevent homes being bought up by tourists.

Dauwen, who has been the director of the EFA for 12 years and has a firm knowledge of the situation in Corsica, said that these developments, taking place alongside growing movements for increased autonomy or independence in other parts of Europe, are no “accident”.

“It is remarkable to see we had the Scottish referendum in 2014, the Catalan unofficial consultation in 2014, the plebiscitary election in Catalonia in 2015, the elections in Corsica in 2015, and now this increased majority in Corsica this Sunday,” he said.

A major driver in the rise of such movements, Dauwen said, was “a general frustration with being ignored by European institutions” which fail to give respect to regions and minorities. “By ignoring this reality, the EU is promoting it,” he added.

“If [France] reject dialogue and frustrate requests for autonomy, this will only push them further towards it.” Günther Dauwen, EFA director

It has become increasingly clear, he said, that the EU is “a collection of states and does not want to meet with sub-state actors”, and the situation in Catalonia has exemplified this.

“The EU looks away [from Catalonia] because they don’t know how to respond,” he said. “There is an ideological clash about what the function of the EU should be.”

Within this, Dauwen argued, there is also a clear lesson for states on how to engage with regional and non-state groups. “Mr Macron in France should draw lessons from Spain – if they reject dialogue and frustrate requests for autonomy, this will only push them further towards it,” he said.

Calls for Corsican independence date back as far as the days of Napolean, who was born on the island and initially backed separation from France himself. In recent history, the struggle for greater autonomy from France resulted in decades of violent incidents, including bombings in Corsica and in France.

It was in 2014, when the alliance of autonomist and pro-independence parties was formed to contest the local elections, that the nationalists first found democratic success on the island, gaining power over one of the major Corsican towns. “That pivotal moment caused those who had committed violence in the island to agree to cease all violence,” Dauwen said.

Dauwen suggested that the nationalists’ growing popularity since 2015 was a result of progress in important policy areas such as transport and the environment. “This is key to the Corsican nationalists’ inclusive narrative that they are working with and for the people and not for some holy grail of nationalism,” he explained.

“I suspect the way the big nations and the European Union have responded so autocratically to this new spirit of autonomy will place them firmly on the wrong side of history.” Robin McAlpine, Common Weal director

The coalition is not, at present, calling for independence, and the explicitly pro-independence Corisca Libera forms the smallest part of the alliance. Dauwen explained, however, that the party is “influencing the agenda of the whole movement”.

Any move towards independence, he suggested, is likely to be a gradual one.

“Every nation across Europe has its own politics its own domestic issues, its own cultural questions and it is easy to make the mistake of seeing them as somehow all aligning or being the same,” McApline said.

“But one mistake that surely no-one can make anymore is to believe that the whole of Europe is happy with the centralisation and technocratic managerialism which has been so dominant across the continent in recent decades. Too many people are tired of being run by people who don’t understand the real issues which their community is facing and they simply want more power closer to them so they can take on these issues themselves.

“I suspect the way the big nations and the European Union have responded so autocratically to this new spirit of autonomy will place them firmly on the wrong side of history.”