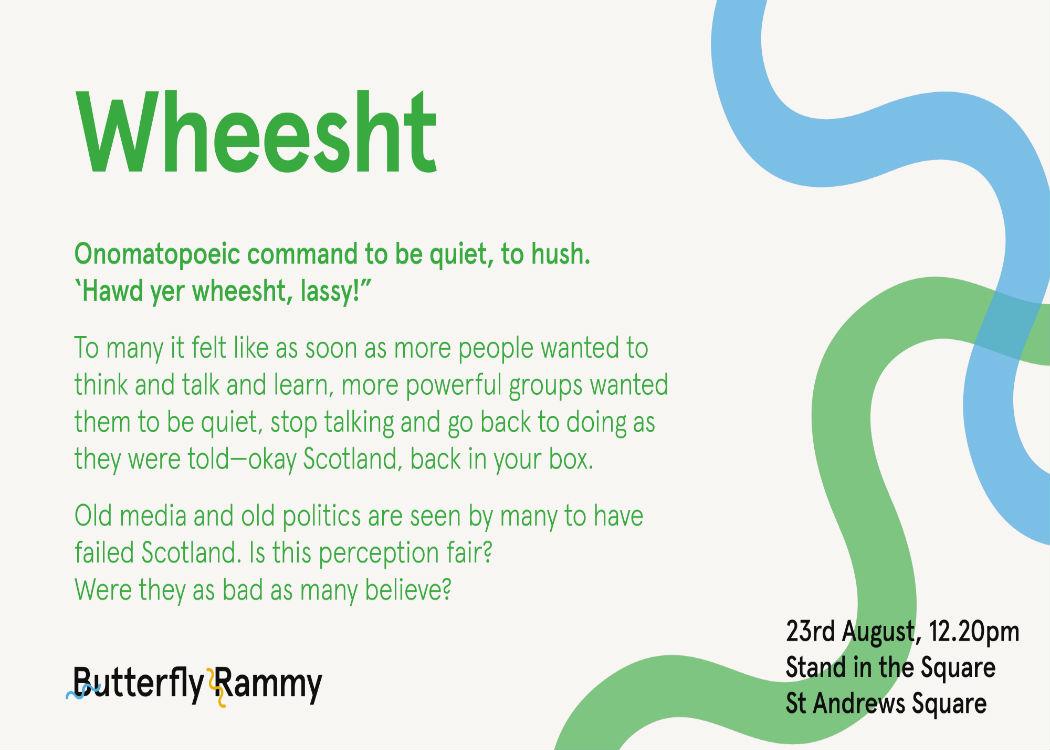 Shows run from 7-30 August at Stand in the Square

ACTOR Pauline Goldsmith, star of 2002 film Magdalene Sisters, will co-host a new cultural series of events at the Edinburgh Fringe Festival looking at the politics of the independence movement through the Scots language.

Butterfly Rammy – a cabaret of ideas, performance and humour – begins 7 August and runs until 30 August at the Stand in the Square. Each of the 18 shows being based around a different Scots word, which will also be the basis for each chapter of a book version.

The first show is based around the word ‘dwam’, meaning “a reverie, a trivial daydream, losing connection with reality”.

The context for the use of dwam is: “Scotland had a lower turnout rate in elections that the rest of the UK. It was not a nation of activists. After a period of Westminster politics dominated by the mantra of ‘there is no alternative’, Scotland was as if in a daydream, shopping and watching the football. Then we woke up.”

The questions which the show will be themed around are: “Has Britain been in a dwam? How did Scotland wake up?”

Phil Connor, one of the organisers of Butterfly Rammy, said: “The idea of the name Butterfly Rammy is that it’s about lots and lots of small, brightly coloured things getting into a giant chaotic stramash of creativity. We’re using it as a metaphor for the multiple and diverse thinking and activism that developed through the independence movement.

“We’re delighted Goldsmith and Burn are going to host Common Weal’s take on Scotland’s recent political awakening. Throughout August they’ll be joined by an ever changing line up of musicians, thinkers and troublemakers for a political cabaret of performance, debate and humour.

“We’ve also been busy commissioning writers and artists to produce brand new work in response to our themes. These will be compiled in the Butterfly Rammy book that is to be published in conjunction with the show.”

Click here for tickets for the Butterfly Rammy shows.