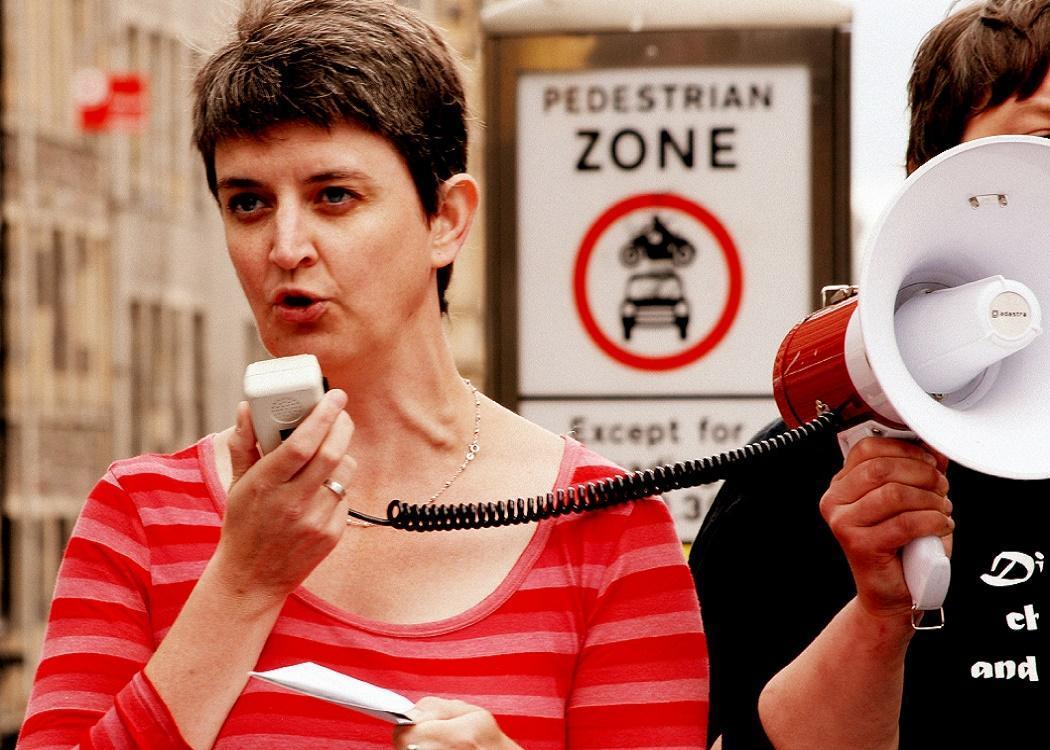 I sometimes find it hard to remember Scottish politics before the referendum debate came to the boil. By the end of the campaign it was clear that independence would be about building a totally different Scotland: one where the NHS isn’t a Pharaoh’s Tomb waiting to be raided by the private sector; one where we have a social security system that provides for everyone; one where we use the power of a more accountable state to deliver good jobs for all.

The campaign for independence became a movement to transform Scotland from the northern outpost of a dying empire to a thriving, fairer country, facing the challenges of the future rather than flogging off the assets of the past.

The case for independence made by people like Alex Bell was one of continuity. We would still be reliant on oil and finance; hitched to the pound and to big business.

That’s not how it started out, though. The case for independence made by people like Alex Bell was one of continuity. Scotland would be similar to the UK, but different in subtle ways. It would be a wee bit better, sure. But we would still be reliant on oil and finance; hitched to the pound and to big business.

The UK has a serious problem with importing much more than it exports, what economists call the balance of trade. As Britain spends more on overseas products every year, the government compensates by selling off assets, like the Royal Mail.

Alex Bell is absolutely right that this isn’t a sustainable model. And, frankly, if we were going to stick with it, I’d see little point in independence: if you’re going to drown anyway, what’s the point in abandoning ship first?

The truth is that we are at the end of the road for an economic system reliant on fossil fuels and big finance, whatever our constitutional arrangements.

It’s this realisation which shaped the thrilling conversations in town halls and community centres across the country. By the end of the referendum debate we had begun to explore alternatives to that model; new paths to take.

Bell is right to say that the case made at the start of the referendum is now threadbare. What he doesn’t say is that the case for an independent UK is also threadbare on those terms.

We’d begun to talk about different ways of doing things. We realised just how bizarre the British model is. We discovered that people in other countries are happier, wealthier and live in more attractive places. While it doesn’t allow quite so much profiteering for big business, it is better for people and communities.

The case for independence that won over so many people in the referendum isn’t that we can use the money from North Sea oil to subsidise low taxes. Even the Norwegians don’t do that. It was about making sure that we had proper pay for work, proper parental leave and high quality free childcare.

What won the argument in the referendum was the belief that, once released from the old British state, we can build a better, more caring society; that another economic model is possible.

And that case is stronger than ever. Our future economy must be powered by renewables, tapping Scotland’s vast potential. And yet Westminster is practically waging war on our wind, wave and solar industries.

Our argument for independence included escaping the pound: an over-expensive currency whose price is set by and for the city of London, meaning few in other countries can afford things made in our factories.

The closure of our steel mills is another nail in the coffin of the economic case for keeping the pound and the union. A recent report from UBS confirmed that London is the world’s biggest property bubble. We want to have built as much resilience as possible by the time it finally bursts.

The truth is that we are at the end of the road for an economic system reliant on fossil fuels and big finance, whatever our constitutional arrangements.

Economies that have done best since the 2008 crash are those that pay good wages, have more regulation, and have higher taxes. It’s clearer than ever that we need to build high quality, high wage jobs. We need to ensure that there is a safety net for all.

And we need to rebuild the shared assets we once treasured so much, like social housing and a publicly-owned railway network. And it’s still pretty clear that we aren’t going to get those things through the British state.

If you thought that independence was about doing everything the same, but with a saltire, then it’s true that the economic case for becoming independent wasn’t particularly convincing.

But hundreds of thousands of us voted yes because we saw that as the first step towards a different model entirely. And that economic argument is more compelling than ever.