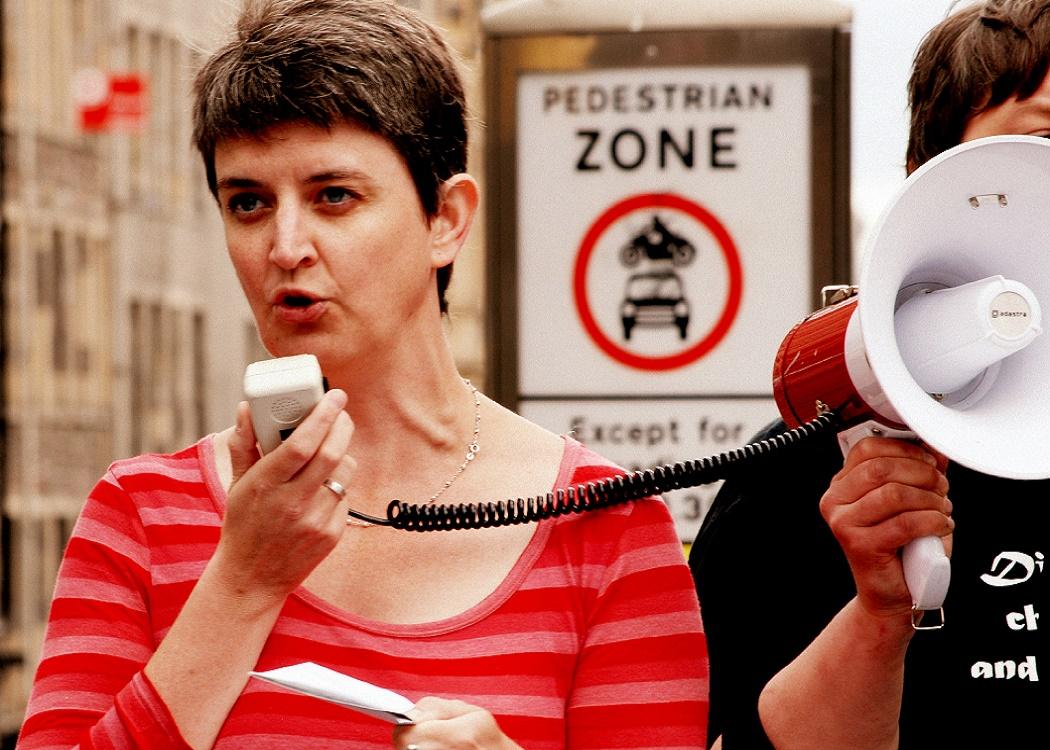 IT’S no wonder the Tories waited until after the election to announce their tax credit cuts .

The brutal impact will be felt by huge numbers of people who thought that when Osborne promised to slice ‘benefits’, he meant someone else’s. In total, it’s estimated that three million families across the UK will lose an average of a thousand pounds a year by next April.

Huge numbers of children will be hit by these vindictive cuts, yet most under-16s today weren’t even born when the financial crisis began in 2007. They are being picked off by our care-free chancellor.

It’s become a cliche to say that the people who will suffer probably weren’t the people who caused the financial crisis in the first place, but it’s one platitude that it’s worth repeating.

The blame for our economic mess lies with those who made millions gambling on our future; those who cut away the regulations, those who argued for a system which made the rich richer on the grounds that the money would magically trickle down.

Huge numbers of children will be hit by these vindictive cuts, yet most under-16s today weren’t even born when the financial crisis began in 2007. They are being picked off by our care-free chancellor.

The success of the Tories in shifting blame for our economic woes onto those least responsible is extraordinary.

And so if we want to defeat them, if we want to live in a country where no one relies on foodbanks, then we have to try to get our heads around how they have managed it so easily; how they convinced people that it was some invented, faceless, undeserving ‘scrounger’ whose ‘welfare’ they were going to cut rather than the tax credits on which so many people with faces, and friends, and families, and votes, rely.

Some of this is about language. I always make a point of talking about our ‘social security’ system, because that’s what it is – security for us all, not charitable welfare hand-outs to some abstract ‘other’ which can be withdrawn when times are tough and they’re needed most. But some of it is about the very structures of that social security system.

The success of the Tories in shifting blame for our economic woes onto those least responsible is extraordinary.

There is a general rule that public services just for the poor make for poor services, while universal services tend to be better funded and more popular.

Just think about the fact that it’s almost impossible for a government to reduce the frequency with which it collects bins, but it’s been relatively easy for them to destroy lives through changes to the work capability assessment.

William Beveridge, who wrote the famous report proposing our social security system, was deeply opposed to means testing because he understood that drawing a line round some people and saying that they but not others are eligible for government services is ultimately a way of sowing division in society, and that any such service would eventually become unpopular and be cut.

And yet the tax credit system was built exactly on that shifting sand. And so it’s not a surprise that it’s blowing over in the first political storm since it was introduced.

The Scottish Green Party has long argued that this means testing system should be abolished. The government should introduce a basic income for all. There are many vital arguments for such a policy.

We must also start designing an economy where no one relies on easily snipped life-lines; where the bonds between us are much stronger than that.

In an age when computers and robots are fast replacing human workers, how do we ensure that everyone gets some of society’s wealth? As we recognise the importance of domestic labour, how should such work be remunerated? As environmentalists who understand the contribution of our abundant earth to the wealth of society, how do we share out its produce?

There’s also, though, a strategic case. Once we’re rid of the Tories (and we will be, one day), once we have a government prepared to rebuild the social security system (and we will have, one day), let’s ensure that we develop a system built not on divide-and-rule means testing, but one which everyone in society has bought into: a basic income that we all rely on at times in our lives; and which can rely on all of us to defend it.

We must fight the cuts to tax credits with every ounce of strength we have, because they form a life line in the gusty winds of Tory Britain. But we must also start designing an economy where no one relies on easily snipped life-lines; where the bonds between us are much stronger than that.