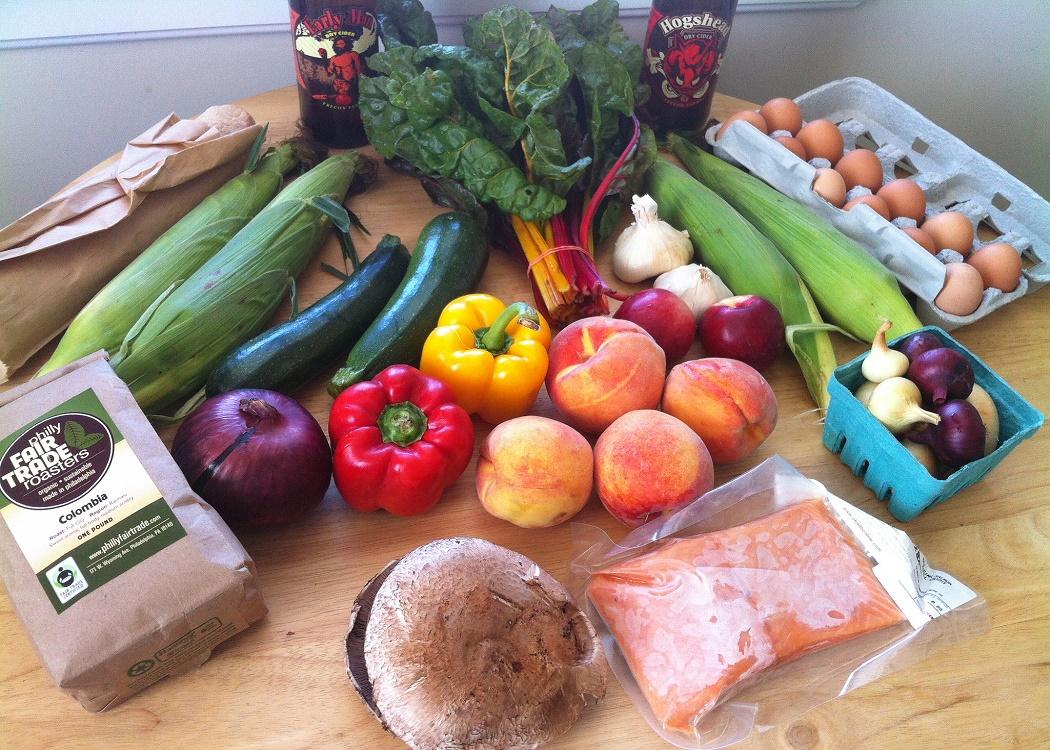 FOOD Sovereignty was first proposed by the international peasants’ movement La Via Campesina in 1996. At its heart, it asserts that the people who produce and consume our food should be at the heart of our food system, rather than allowing global agribusiness to control the supply of this essential resource, exposing our food system to the vulnerabilities of the global financial market.

At an international conference in Mali a year later, the Declaration of Nyeleni was drawn up by over 500 food producers from 80 countries around the world, and laid out the six core ideas behind Food Sovereignty.

Over the last few years whilst working on sustainable food projects in Scotland, we’ve been struck by the fact that, although originally written up primarily by peasant farmers from developing nations, the six pillars of Food Sovereignty are hugely applicable here in Scotland too. It is these principles which will guide the work of Common Good Food as week seek to build a better food system in Scotland, and below we consider the challenges we face.

You can read the full Decleration of Nyeleni here.

The basic purpose of a food system is to feed the population in a way that is fair and sustainable. It provides the nutrition essential to all human life, and is not a commodity that can be traded on the global financial markets like any other. In Scotland, as well as housing international banks that play with our food resources in this way, we are just as guilty as the emerging economies of the Global South for not focusing on food for people.

We have a government food policy which repeatedly prioritises high-end luxury food for export over producing nutritious staples for the local population. We continue to promote and subsidise the Scottish whisky industry as the example of how good Scottish food and drink can be, with 35 per cent of our nation’s biggest crop, barley, going directly to making the golden tipple.

When ministers justify this by repeatedly stating the industry is worth over PS4bn per year to the economy (and ignoring the PS1.1bn cost to society due to alcohol abuse each year) they reinforce the prevailing view that food is first and foremost a tool for economic growth, and not a way of feeding our population. Food Sovereignty challenges this, and asks fundamental questions about what food is for.

It’s been a long time since we’ve truly valued food providers in Scotland. Our crofting laws may be unique, but they were motivated by the need to tie just enough peasants to the land so that large landowners had access to ready labour at certain times of year, not through any concern for the small-scale farmers themselves.

The dominance of our food retailing sector by so few large companies means they can cream off massive profits whilst paying our key food providers less and less for their products each year. There’s an irony in the fact that UK consumers will happily pay more for Fairtrade branded food from around the world, when more than half the dairy farmers in UK have gone out of business since 2002 because they can’t get a fair price for this most basic of foodstuffs.

True, the economic viability of farming in Scotland is tied into a complex global market, made even more intricate by the baffling world of EU policy and subsidies. Whilst campaigning for change at this top level though, there is much that can be done locally to create a culture that truly values food providers.

We can promote farming as a valuable and exciting career choice, providing quality training and support for new entrants to the sector along the lines of Nourish’s New Farmers Programme. We can make full use of the coming powers in the Land Reform and Community Empowerment Bills to make land available for primary food production. And we can reclaim the values of the Co-operative movement from a certain corporate behemoth, creating retail and distribution models controlled by producers, workers, and consumers equally.

We’ve spend the last few years working with the Fife Diet (click here to read more), exploring how we can use local food as a starting point for a sustainable diet, and we’ve come to realise what a huge mountain we have yet to climb on this front. Local food is not a fashion trend to be claimed by celebrity chefs and expensive restaurants, and it’s not just about frequenting your local farmers market.

It’s about building short supply chains and infrastructure that not only gets fresh, healthy and affordable food into the communities that need it the most, but also provide the mechanisms which make small scale and sustainable farming economically viable, especially in terms of food processing.

We need mills close to arable farming areas, which allow farmers to grow and process small batches of grain themselves; local abattoirs, especially in crofting communities, so home-reared animals don’t have to be trucked to Dingwall for slaughter; above all else we need localised distribution and retail systems which ensure hard-working producers can get their product to the local population and know it is likely to be sold.

Perhaps above all else, this is where the food system in Scotland is most removed from the emergent economies around which the principles of Food Sovereignty were drafted. It’s hard to imagine life in Scotland without the big supermarkets on the edge of every town, without vending machines full of Coke products, or international purveyors of sugary confectionary sponsoring some of our biggest sporting events – this is the landscape we have grown up with, and we rarely question its validity.

But this is the challenge that the Food Sovereignty movement in the west faces, and Common Good Food wants to inspire popular imagination and demonstrate what food without corporate control could look like.

We also want to encourage people use our collective voice and democratic rights to challenge any further corporate capture of the public sphere by giant food conglomerates, for example, the cynical attempts of the big four supermarkets to increase their brand recognition amongst our children through sponsoring education programmes in schools.

The recent activism against TTIP has also reminded us in the west that we are just as susceptible as the Global South to corrupt trade agreements, negotiated by unelected officials behind closed doors, which directly impact on the autonomy and sustainability of our food systems. Food Sovereignty is an international fight in which movements from around the world can join together to push for change in our own backyards.

Re-skilling and knowledge building will be a core part of the work of Common Good Food. Learning not just where our food comes from, but how you can participate in food growing, is the first stage for many people in demystifying our food system. When we realise that all food starts with fertile soil and a human hand, we begin to question the industrialisation and corporatisation of such a simple and essential daily task – eating.

We often talk of having lost skills, but that’s not entirely true – while many of us have become disconnected with the art and science of food growing, there are still thousands of people across the country working away on plots and in back gardens, nurturing generations of local knowledge.

Common Good Food wants to work with communities to tap into this vital resource, and give everyone the opportunity to participate in our food system in the most fundamental of ways. Last year, we held the first national orchard gathering in a generation, bringing together fruit novices with orchard experts to share learning and inspiration.

This year we want to do the same, but focussing on seed saving – our crowdfunding campaign (click here to contribute) is raising money now to help make this happen in the Autumn.

The Fife Diet explored food’s relationship with climate change, and how consumer choices can help mitigate some of the massive CO2 emissions produced by the food and agriculture sector – up to 1/3 of global emissions by some estimates. But the challenges we face go way beyond climate change – for too long we have applied a capitalist perpetual growth model to our food systems, assuming new technologies and developments will allow us to keep taking resources from nature to feed ourselves.

We can’t – some things are just finite, and we have to work with, not against, nature to make the most of these.

On top of damaging climate change emissions, we have to address issues around how we use and manage water, how we make best use of the limited land we have in Scotland, and how we care for perhaps the most vulnerable of nature’s resources – soil. Anyone who has driven through Angus on a dry and windy day and witnessed this precious resource blowing through the air, drifting at the sides of the road like sand dunes, will have witnessed the scale of the problem we face in Scotland with soil degradation.

Decades of intense agriculture in fine, silty soils has stripped our land of much of its fertility and its ability to nurture itself. And as we approach the impending peak of phosphorous production, and begin to run out of the processed additives big agribusiness relies on to make the whole system work, we also start to run out of time to come up with sustainable, working alternatives.

Common Good Food wants to explore ways to work with nature and build closed, self-sustaining systems, using organic principles, permaculture design, agroecology and forest gardening techniques. We’ll be working on a community, small-scale level, but hope to inspire and demonstrate that change on a local level can lead to a bigger system shift.

How we fix our food system is a massive question: we don’t have all the answers. But we think a Food Sovereignty approach provides a valuable framework to explore solutions both in Scotland and further afield.

If you agree with us and like what we do, please help us get our exciting new project off the ground and click here to support our fundraising campaign running until the 26th April.