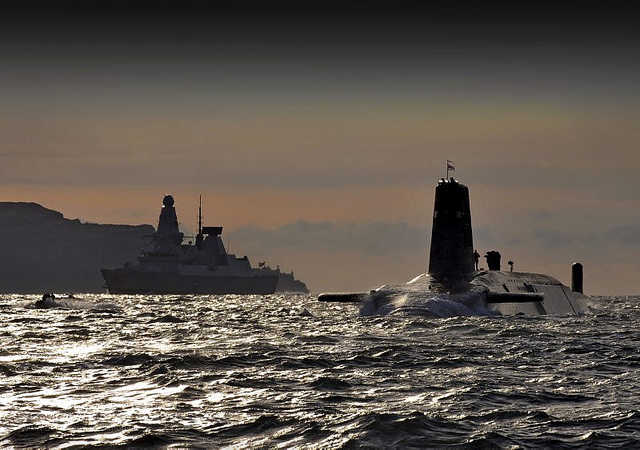 A CLEAR MAJORITY OF Scottish parliamentarians at Holyrood and Westminster now formally back the United Nations (UN) Treaty on the Prohibition of Nuclear Weapons, thanks to a mass signing at the Scottish Parliament on Thursday of the International Campaign to Abolish Nuclear Weapons (ICAN) Parliamentary Pledge of support.

All SNP and Green MSPs, and three Labour MSPs including new party leader Richard Leonard have signed the pledge, along with all 35 SNP MPs at Westminster and Scottish Labour MP Ian Murray.

The treaty is the first legally binding international agreement to comprehensively rid the world of nuclear weapons, adopted by the UN on 7 July this year with the support of 122 countries and opened to signatories on 20 September.

Having so far gained 53 signatories, surpassing the 50 required to bring the treaty into force, ICAN will be the collective recipient of the 2017 Nobel Peace Prize in recognition of the success of their efforts to gain support the agreement.

Bill Kidd MSP, chief whip of the Scottish Government, said: “I am absolutely delighted that every SNP MSP, the first minister, cabinet secretaries and all ministers, as well as SNP MPs in Westminster, have signed the ICAN Parliamentary Pledge supporting the Treaty on the Prohibition of Nuclear Weapons.

“The depth of support that is in Scotland is evident from this significant show of support for the UN Ban Treaty. These signatories are representatives of the Scottish people who stand alongside us in our conviction that nuclear weapons are never moral or justified.

“I am glad that Scotland, through signing the ICAN Pledge, is taking its place beside the great majority of nations from across the world in supporting the UN Ban Treaty.” 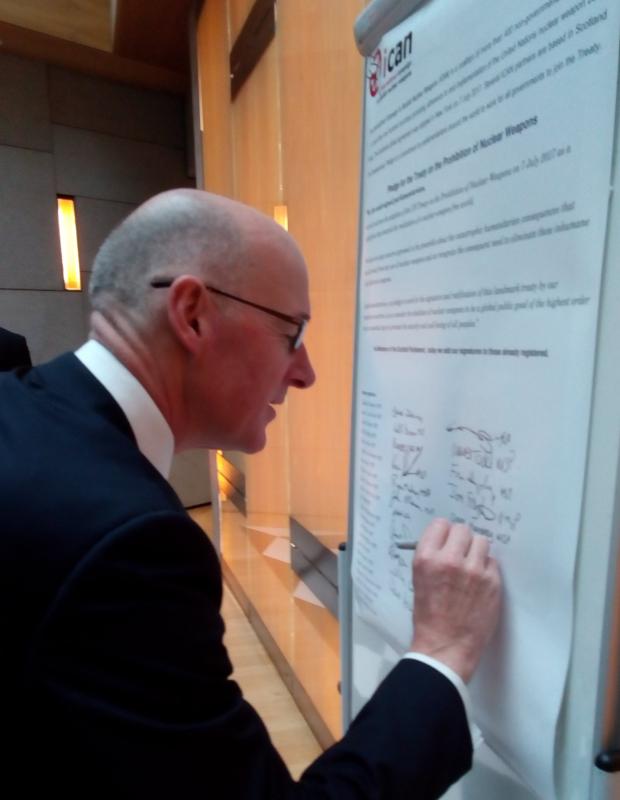 The ICAN pledge expresses parliamentarians’ commitment to working for their respective countries to sign and ratify the treaty, and describes the abolition of nuclear weapons as “a global public good of the highest order and an essential step to promote the security and well-being of all peoples”.

The UK has not signed the treaty and did not support its adoption by the UN, arguing in a joint statement with France and the USA that nuclear deterrence had been “essential to keeping the peace in Europe and North Asia for over 70 years”. The UK Government intends to renew the Trident nuclear weapons which are based in Scotland, while the Scottish Government opposes renewal.

Janet Fenton, vice-chair of Scottish Campaign for Nuclear Disarmament (CND), who has been active in ICAN since its inception, welcomed the support of Scottish politicians. She said: “We can be very proud of our elected representatives today.

“The support for the TPNW in Scotland shown so clearly through the parliamentary system in both houses will be more than welcome in the international disarmament community.

“Scotland can spell out its abhorrence of nuclear weapons regardless of the issue of independence, and stand with the majority of United Nations members who will prohibit these indiscriminate and inhumane weapons, because they risk environmental devastation beyond borders and nuclear famine across Africa.

“They have no place in Scotland or anywhere else. Signing the pledge makes this unequivocal commitment clear.”

ICAN will receive the Nobel Peace Prize in Oslo on 10 December.