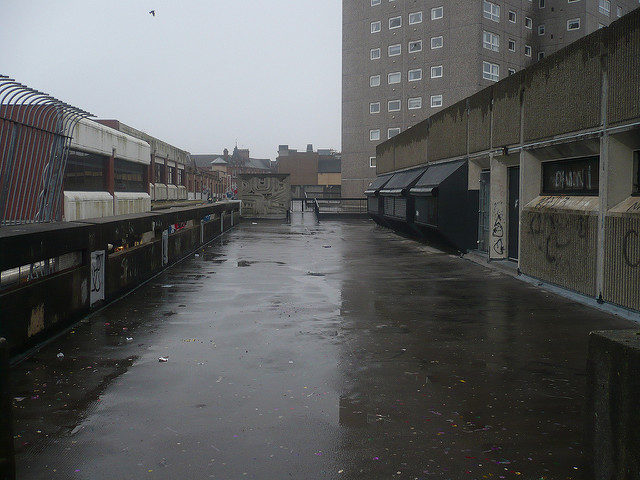 Malcolm Fraser, architect and head of the 2013 Scottish Government town centre review, contributes to our week on Scotland’s towns and places, identifying four big ideas to take forward the revitalisation of towns now

THE trickle of High Street closures that helped provoke the Scottish Government’s Town Centre Review of 2013, which I led and authored, has turned into a torrent, with great chunks of retail breaking away and melting like ice fields off the polar caps. So were our efforts futile, or what did we achieve, and what more might we do now, that the landscape is starker?

First, we helped change the way we looked at our Town Centres by putting aside the idea that they were all about retail, and understood them as being the social hearts of us as social beings, so that we needed to look to their parks and institutions – from libraries to council offices – and town centre residential, thriving offices and leisure and diverse uses, to support not only retail but the whole idea of nucleated places. And we supported the idea of their importance by noting that their social interaction drives innovation and wealth-creation, and that their densities produce sustainable places accessible to all, not just those with cars and the will to drive.

This led to the “Town Centre First Principle”, signed-off across Cabinet and all local authorities, which said we should not move services out of towns if we could keep them there. Many authorities are doing good work in understanding and applying this, though we still read horror stories of Councils moving colleges or “community campuses” out of town to lonely, disconnected places by the motorway.

And we got a great agency, Scotland’s Towns Partnership (STP), to help apply our principles, and supported the Community Empowerment legislation that has led to a flowering of local people learning to apply Asset Transfer powers to take the lead in rescuing and giving purpose to underused sites and buildings. And we supported ongoing Land Reform initiatives and the reuse of vacant flats and homes in towns.

But what else might we do now, that the value of our town centres is better established and the need for radical change better understood? So here’s my four big measures:

1. Tax: buildings are an old-fashioned, easy to see and target source of taxation. They carry the burden of retail while digital sales get off extremely lightly, including dodging tax by moving sales offshore into low-tax havens. A simple change to a sales or consumption tax, adjusted to apply less to small retailers, would even out the burden between our high street and digital sales as well as ensuring tax was paid at the point of sale, not transferred offshore.

2. Transport: the Labour Party proposed a five-point plan of which I particularly liked the idea of free public transport for the under 25s. Accessible, easily useable public transport is a key answer to a huge number of our contemporary challenges, including climate change and inclusive accessibility to the public services centres offer. Luxembourg is proposing to make all its city public transport free and that is pioneering, radical stuff which we should not just admire but emulate.

3. Vacant Property: there’s great groups doing sterling work in revitalising their towns, including the pioneering West Kilbride Craft Town and the current work of the Stove Network in Dumfries, who are not only addressing the vacant shops in the town but the empty, former flats above. There is, apparently, so much need in Scotland for cheap space for artists and craftspeople, that vast old offices and industrial buildings are filled-up in our cities. We need to take the Craft/Stove model and set out how all our communities can apply it to their own towns, spreading their crafts entrepreneurs along our High Streets, into our vacant shops. And while there’s been great efforts to apply the Empty Homes initiatives to our housing crisis we should extend them: it might only cost £20,000 to bring back an empty town centre flat into use, whose occupier will support town centre shops and facilities, instead of maybe £100,000 for a green field new build. And we might note that, whereas there are upwards of 34,000 long-term empty homes in this Scotland of severe housing need, there are countless more above high street shops which are registered now as retail, but that ongoing vacant and derelict land initiatives should lever local authorities into designating as ready for residential recovery.

4. Local Democracy: finally, the lack of care in the health of our communities must be inextricably wound up with the lack of a functioning, empowered local democracy in Britain as a whole. Compared to our healthy European neighbours we, as citizens, are very remote from our politicians. We need to reintroduce a measure of power, and some funding, to Parish, Community or whatever-we-might-call-them Councils, and co-locate them with post offices, nurseries and other local services in parish churches, or old buildings revitalised by Community Asset Transfers, or devolved initiatives planned by local authorities. Medieval Scotland was full of public assemblies that met, often on hills – Moots they were called. Bring them back!