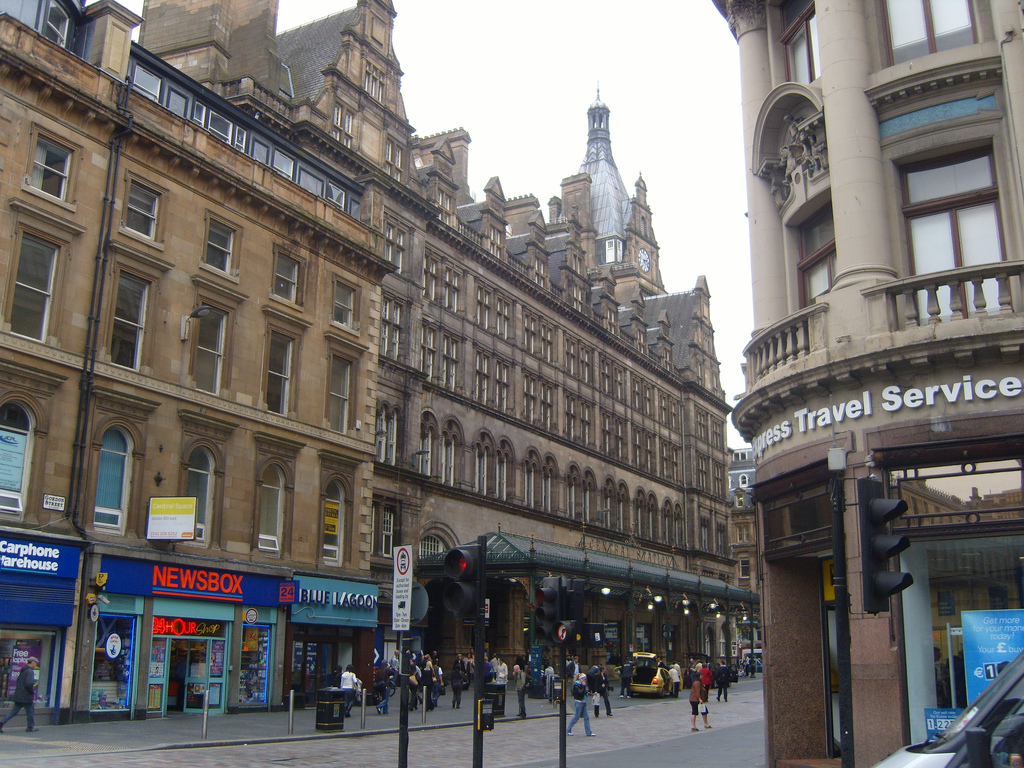 A MAN has fallen four floors from the Grand Central Hotel in Glasgow city centre.

Shocked crowds gathered outside the Gordon Street entrance to Glasgow Central station, where a man appeared outside a fourth floor window from around 11:20am (11 November).

After several minutes the man fell.

Reporter Nathaniel Williams, who was at the scene said: “When I went down into the street, it was packed with people crowded into clusters, some people were staring up at the man and others were even filming.

“It looked like whoever was holding the man's legs was doing his best to hold on.

“After what seemed like a really long time, an awful cry went up from the crowd as he fell. You just saw people weeping everywhere.”

Police were on the scene shortly after the incident, and further police and ambulances arrived over the next ten minutes.

The events happened as veterans were performing commemorations for Armistice Day. Elderly veterans helped to clear Gordon Street of crowds.

Ambulance crews were treating the man as he left in an ambulance.

Police Scotland were contacted for a statement, but said they had no information at this time, except to confirm that the incident took place and police were at the scene.

The Gordon Street entrance to the station is closed.

If you have been affected by the issues in this article, you can contact the Samaratins in full confidentiality.