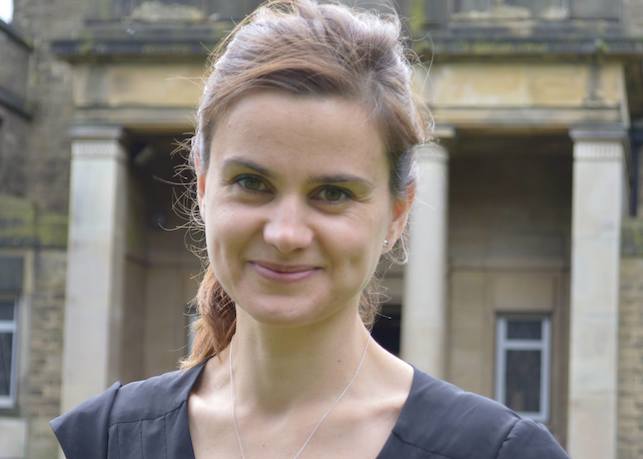 THE SUSPECT detained following the killing of MP Jo Cox has various links to far-right white extremist organisations, it has emerged.

Thomas Mair, arrested after Cox was repeatedly stabbed then shot to death yesterday [Thursday 16 June] in (West Yorkshire), subscribed to several white supremacist magazines – one of which included a gun making guide.

Mair, the only person arrested in connection to the attack, has been linked to the US neo-Nazi group the National Alliance, sending the organisation over $620 and received goods from its publisher including how to make guns and explosives.

Mair was also a subscriber to the ’S. A. Patriot’ which supported white supremacy in South Africa.

Following the event concerns have focused on the dangers of far-right extremism, which has repeatedly been a motivating factor in global terrorist attacks. A report from February this year found that the threat from the far-right is too often overlooked, despite accounting for one in three EU terror attacks.

Jo Cox MP was a dedicated campaigner for human rights, the rights of refugees, Palestine, and for a diverse and multi-cultural society.

The day before her death her husband Brendan, and her two young children, were on the river Thames campaigning in favour of an In vote in the forthcoming referendum on the UK’s membership of the EU.

Brendan Cox, following confirmation of his wife’s death, said: “Jo believed in a better world and she fought for it every day of her life with an energy, and a zest for life that would exhaust most people.

“She would have wanted two things above all else to happen now, one that our precious children are bathed in love and two, that we all unite to fight against the hatred that killed her. Hate doesn't have a creed, race or religion, it is poisonous.

“Jo would have no regrets about her life, she lived every day of it to the full.”

Example’s of Jo Cox’s support for humanitarian causes has dominated media coverage online, including her calls for action over the Syrian refugee crisis.