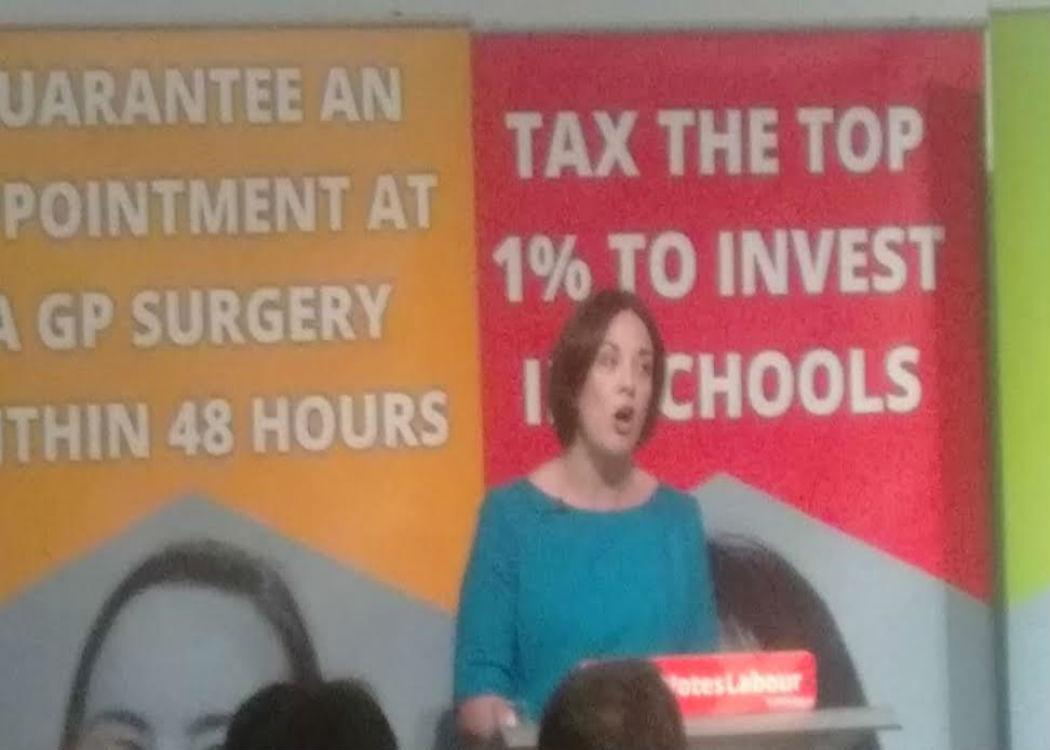 KEZIA DUGDALE has launched Scottish Labour’s manifesto for the 2016 Scottish elections by claiming that the party’s policies represent a “return of Labour” to its roots with a higher tax regime aimed at tackling cuts.

The manifesto represents an attempt to pitch Scottish Labour to the left of the SNP, with a claim that the SNP’s anti-austerity rhetoric isn’t credible without a commitment to tax rises.

The manifesto includes policies to use the new powers of the Scottish parliament to increase the basic and higher rates of income tax by 1p and the reintroduce the 50p rate of tax for earnings over PS150,000.

Speaking at a rally of Labour activists in Edinburgh’s Grassmarket, Dugdale said that Labour’s tax plans meant it could “afford to make a radical case for change”.

She said: “It simply isn’t credible to promise more spending on the NHS, on schools, on childcare, while accepting billions of pounds more of austerity.

“The failure of the other parties to match our ambition in using the powers of our parliament undermines every promise in our manifestos.”

“The Tories are not the protectors of the union they are the threat to the union.” Kezia Dugdale

She specifically targeted the SNP for what she said was their verbal commitment to independence which lack substantive policies.

“Last year Nicola Sturgeon was the anti-austerity celebrity, but she won’t tax the rich,” she said

“We are the only party with a plan to end austerity,” she added.

Dugdale also said she opposed any further referenda on Scottish independence and the manifesto contained a commitment to resist a second independence referendum in the term of the next parliament.

Responding to the threat, made clear in recent polls, of Labour being pushed into third place by the Scottish Conservatives she said: “The Tories are not the protectors of the union they are the threat to the union.”

Dugdale’s speech also focused in on one of the key election issues, education, with plans to introduce a ‘fair start fund’ to supply extra funds to head teachers to tackle the attainment gap – the distance between the educational success of better-off and poorer students.

Dugdale also highlighted a manifesto pledge to create a ‘care leavers higher education fund’ to supply a non-repayable grant of PS6000 to help children who grew in care to attend higher education.

Dugdale concluded her speech with a call for the public to give both their constituency and regional votes to Labour candidates.

Scottish Labour has remained a distant second behind the SNP in opinion polls, which project an overall majority in the Scottish parliament for the nationalists.