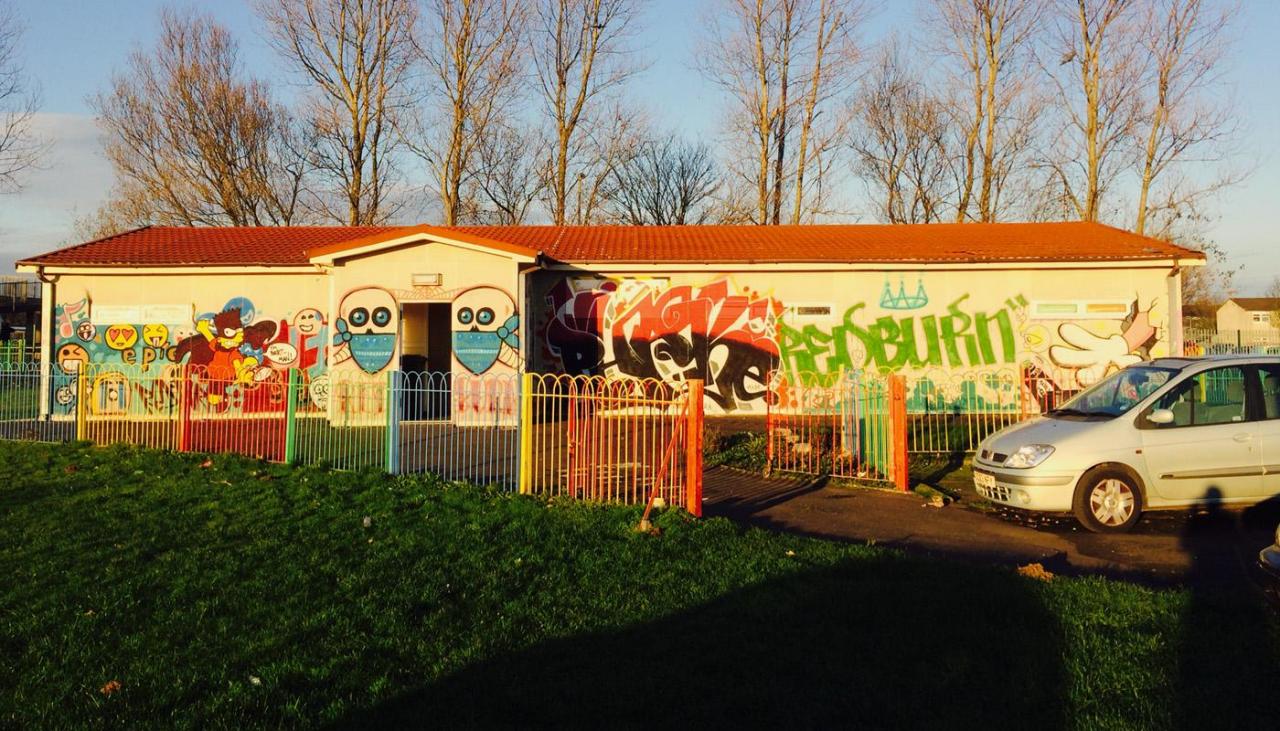 “They stop you and they search you. When you try and ask them why they change the subject and say they’ve seen you with this person or that person. It’s a load of fucking shite. It does my nut in. It really fries my brain.”

Callum is 16 and from Irvine in North Ayrshire. This is the hometown of Scotland’s new first minister. But the Scotland of social justice that Nicola Sturgeon says she is determined to pursue remains as far from a reality here as anywhere else in the country. Almost one third of children in Irvine live in poverty and opportunities for young people are scant.

I meet Callum at the Redburn Youth Centre. Teenagers come here to learn writing, numeracy and vocational skills. It has been running since 2003 and provides a vital service for young people in the community out of education or work.

Callum is one of those young people. He was first subject to a police stop when he was just 10 years old. The police said they had seen him smoking. Being stopped and searched by police has been a regular occurrence ever since. When I ask him how many times this has happened , the response is as expected – too many to count.

The stop and search rate for 16 year olds in North Ayrshire in the last nine months of 2013 amounted to 1,354 searches per 1,000. In other words, there was more stop searches as there were 16 year olds. If we calculated this rate for boys alone, this rate would be sure to dramatically increase.

One of the youth workers at Redburn, Richie Caig, 43, says young people’s experience with the police has altered from when he grew up. “It’s definitely changed since I was young,” says Caig. “We’d hang about outside the shops, the police came along and they would say ‘move on’. But there was none of this
searching business.”

“They’re always asking young people what they’re up to. But around here they’re up to nothing because there is nothing to do,” Richie Caig, youth worker

Policing in Scotland is under scrutiny like never before. Since the advent of the single force last year, a torch has been shone on the practises of Police Scotland. What has been uncovered has led to widespread criticism of the force’s chief, Stephen House, and his policies.

Policies under the microscope have ranged from the hastily introduced measure to permit officers to carry firearms on routine duty to the raids on licensed saunas in Edinburgh. A light has been shone on the mishandling of the offensive behaviour legislation to the simply staggering rates of stop and search.

But for a newly centralised force that’s only 18 months old, can these issues be put down to early ‘teething problems’?

Human rights lawyer Niall McLuskey, who works with Amnesty International, believes the problems are more fundamental. In McLuskey’s estimations, there has been a “Strathclydisation” of policing in Scotland leading to “macho” and locally insensitive policies being rolled out across the country.

“Stephen House has said let’s do Strathclyde writ large across Scotland and its simply not working,” Niall McLuskey QC

“Yes, they are a new force and it was never going to be an easy task to bring all the separate forces together but they’ve gone about it the wrong way,” he says. “They’re trying to assert themselves and create a reputation for themselves but the problem is that it’s a heavy handed, one size fits all approach. Stephen House has said let’s do Strathclyde writ large across Scotland and its simply not working.”

Stop and Search has been a signature policy of chief constable House, a former head of Strathclyde Police where the practise was relied upon heavily. It is now being used extensively across Scotland. The tactic has been described as a key crime-fighting tool designed to help in the discovery of drugs, alcohol, stolen goods and weapons. But concerns have been expressed over its scale and its use on young children.

It emerged that 640,649 searches were carried out in the first 12 months of the new force.
The rate is nine times that of the New York Police Department and four times that of the Metropolitan Police in London. A significant majority of searches are completely unsuccesful, in that they fail to recover any illegal items.

After it was revealed that thousands of children between the ages of 8 and 12 were searched, Police Scotland announced in June that they would end this practise. They have since refused to release data relating to the ages of people searched citing inaccuracies caused by due to a “data validation error”. According to Police Scotland, figures relating to the period between 6 May and 14 July this year were apparently hit with a separate “programming error” which renders them inaccurate.

Another issue with the practise has been the extended use of non-statutory or ‘consensual’ searches by forces. These are searches whereby forces do not require reasonable grounds for suspicion and their use has been outlawed in every other part of the UK.

Indeed, the Scottish Police Authority’s review into the practice found that those searched on a non-statutory basis were rarely even aware of their right to decline the search. Among other recommendations, the report suggested a shift towards informed consent to ensure the public are better informed of their rights.

Paul Hutcheon is an investigative journalist with the Herald whose work, along with research of Kath Murray from the University of Edinburgh, has brought the issue of stop and search to the fore. In his estimation the buck ultimately rests with the Scottish government.

“It’s not so much a failure of Police Scotland but rather a failure of the governance system that underpins them.” says Hutcheon, “If you’ve got proper watchdogs in place then a lot of these things wouldn’t happen. One of the main problems with stop and search is the use of ‘consensual’ searches. Of over half a million recorded stop searches 70 per cent have no statutory basis. They’re not rooted in law at all.”

“The Scottish government could quite easily legislate to insist that all stop and searches must have reasonable grounds of suspicion,” Paul Hutcheon, journalist

“The Scottish government could quite easily legislate to insist that all stop and searches must have reasonable grounds of suspicion. Yet a practise that has been scrapped in England and Wales persists in Scotland. It’s pretty odd.”

I put it to recently departed Justice Secretary Kenny McAskill that the use of non-statutory stop and searches ran contradictory to the SNP’s stated aim for a liberal and progressive Scotland. “No,” he responded. “Properly targeted intelligence-led use of stop and search is an important tool police use to prevent and detect crime and protect citizens and communities.”

The problem for the Scottish government though is that non-statutory searches are by definition neither ‘properly targeted’ nor ‘intelligence-led’. The Scottish government likes to pride itself on social progressiveness yet on this issue it lags behind even the rest of the UK. Whether Michael Matheson MSP, who now has the justice portfolio, will take a different tact remains to be seen.

Back at the Redburn Youth Cafe, Richie Caig believes there is no magic wand to win confidence in policing. “The police have got to build the trust – you don’t just get trust or respect, they need to build it,” he says. “Only then can they start to break down the barriers.”

While that much may be true, an end to the practice of stopping and searching young people without reasonable grounds would likely be a good step.

Indeed, Nicola Sturgeon does not need to read detailed policy briefings to convince her of the necessity of this change. A trip home to North Ayrshire might just do the trick.