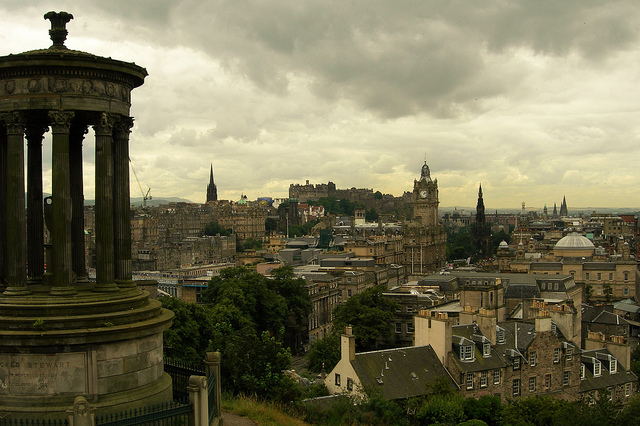 Scots will join with fellow Europeans marching in cities across Europe, this Saturday to show their support for the European Union

MARCHERS will gather in Edinburgh this Saturday (25 March) to show their support with the European Union on the weekend of its 60 year anniversary, being celebrated today (Thursday 23 March).

They hope to continue to make the case for a future with Scotland at the heart of the EU as UK Prime Minister Theresa May gets set to trigger Article 50 on 29 March.

“We have not forgotten the wars and extremism that ruined our continent before Europeans finally decided to unite their forces to create peace and prosperity instead.” Vanessa Glynn

Speaking ahead of the march Vanessa Glynn, chairman of the EMS said: “This march aims to show that Scotland is a European nation, that we oppose Brexit. It is vital that we actively defend what has been achieved through our membership of the European Union. I would urge all those who share our vision to come along.

“As the Westminster government is driving us off a Brexit cliff, we will say it loud and clear. Not in our name!

“On Sunday the 26 of March the clocks go forward an hour, then they go back sixty years with the triggering of Article 50 on 29 Wednesday.”

Marchers will assemble at 1pm at Waterloo Place, making their way to the Scottish Parliament, where they will hear from a range of speakers including Ross Greer MSP from the Scottish Green part, Alex Cole-Hamilton MSP from the Liberal Democrats, former Labour MP Mark Lazarowicz and Tommy Sheppard MP and Joanna Cherry MP from the SNP.

“This march aims to show that Scotland is a European nation, that we oppose Brexit.” Vanessa Glynn

Ahead of the triggering of Article 50 next Wednesday, campaigners have voiced their deep concerns and anger over the way EU nationals have been treated as “bargaining chips” by the UK Government. It has up to this day refused to guarantee the rights of EU nationals living and working in the UK. The march will also be used as a continued expression of support for EU nationals living in Scotland and to send a message that Scotland is a place they can feel at home and will be protected in.

The march will also co-incide with the 60 year anniversary of its creation as the European Economic Community (EEC) which then became the European Union. The beginning of the Union was the signing of the Treaties of Rome and this week EU dignitaries and leaders have gathered in the Italian capital to celebrate and pledge greater EU unity in the face of Brexit.

The Treaties of Rome are the landmark agreements which founded the European Union and paved the way towards the creation of a European single market, underpinned by democracy and the rule of law, and a continent-wide set of citizens’ rights.

Organisers feel that Edinburgh is the best place to organise such a demonstration of pro-European affection as the city voted 74 per cent to remain in the EU and 26 per cent to leave. This was the highest proportion of Remainers in any major city in the UK.