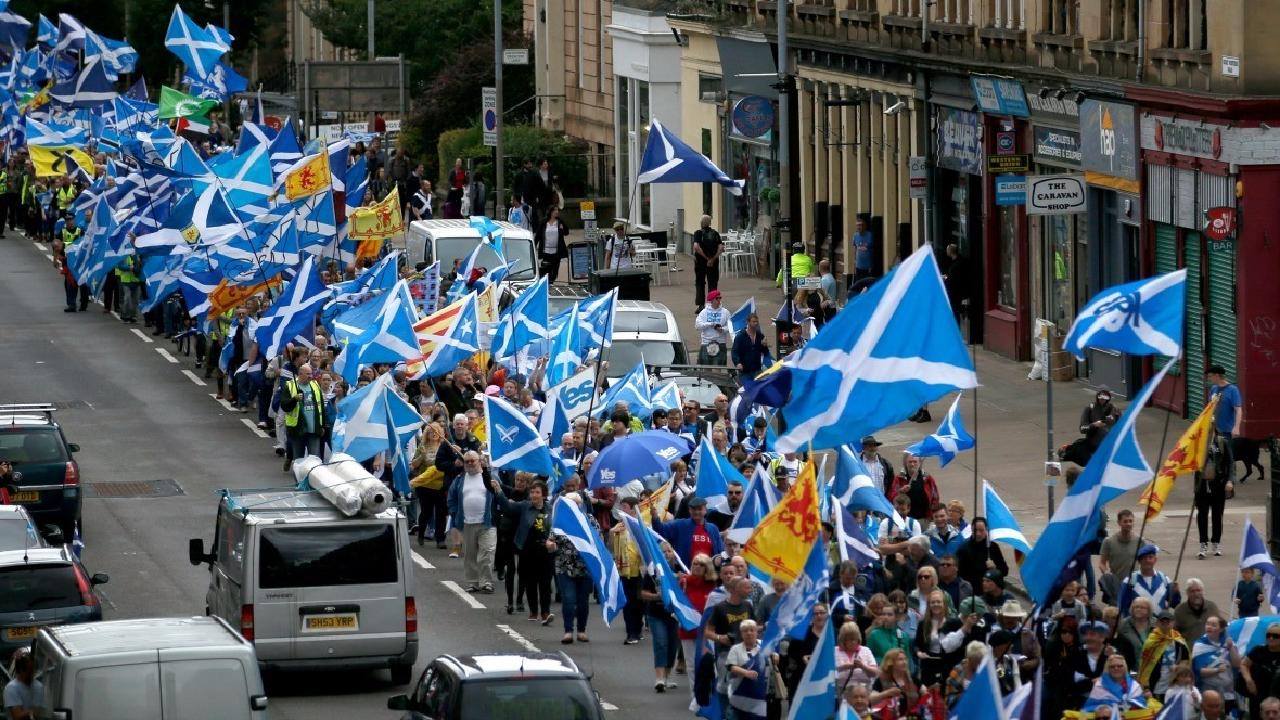 A MARCH for Independence is set to take place in Glasgow on Saturday 5 May – the first in a series of marches around Scotland this summer which seek to keep independence for Scotland firmly on the agenda.

Organised by All Under One Banner (AUOB), the march promises to be the campaign group’s biggest event yet. Leaving from Kelvingrove Park at 11.30am, marchers will travel through Glasgow City Centre before celebrating with a rally at George Square.

Speaking to CommonSpace, organiser for AUOB Manny Singh said the march would be an opportunity to make the breadth and depth of support for independence felt. “People should come along and support it to make sure a message is sent to the powers that be that the movement for independence hasn’t died – it’s still strong,” he said.

“We are marching for freedom, not just for ourselves but for future generations.” Manny Singh, All Under One Banner

“The grassroots Yes movement is still here and it’s growing each year,” Singh said, adding that the march’s rising numbers each year were living proof of this fact. “Last year we had over 20,000 people marching compared to 8,000 the year before. This year we’re hoping for as many as 40,000.”

Singh said it was particularly important to ensure that supporters turn out in high numbers as he felt that the movement struggled to get coverage from the “mainstream media”, and that where coverage occured the numbers may not be accurately represented. “If it’s 10,000, they’ll say it was 2,000,” he said.

While the work of politicians, policy development and “chapping on doors” is important, Singh said, this is an opportunity to get grassroots campaigners involved and inspired to continue their efforts towards independence.

With other rallies organised in Dumfries on June 2, Bannockburn in June 23, and Inverness on July 28, All Under One Banner is expanding its efforts beyond Glasgow for the first time.

Singh explained: “It’s important to ensure the whole country is reached because the vote isn’t just going to be in Glasgow – it’s important for us to try to represent the aspirations of people across Scotland.”

Ultimately he added, the march would be an expression of a shared desire for self-determination. “People want to decide their own future and affairs. We are marching for freedom, not just for ourselves but for future generations,” he said.

AUOB has stressed that all of the events will be family friend and noted that the previous marches have been characterised by a fun and positive atmosphere. The group hopes to host speakers and musicians at the rally in George Square, with more details to be announced in the coming weeks.

Volunteers are still needed and are invited to attend a briefing session at Hillhead Library at 1pm on April 29, while those who wish to lend financial support can donate via the group’s crowdfunding campaign.

For more information on how to involved, Manny Singh asked that he be contacted directly on 07939211814.

Picture courtesy of All Under One Banner