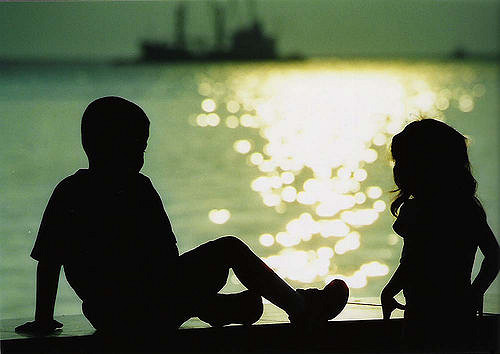 OVER a year after the EU referendum, we are still making our way to an unknown destination. Little clarity seems to have been achieved even on the big issues like rights of citizens and the single market.

Here are some of them.

There are many areas of European law that directly affect children’s wellbeing, safety of paediatric medicines and toys being a couple of examples. Binding European legislation also underpins cross-border cooperation in respect of child protection, trafficking and exploitation and is supported operationally by European institutions such as Europol and Eurojust.

Court decisions about custody of children after divorce made in one member state must be adhered to throughout the EU. In addition, there is a huge volume of other legislation that affects children less directly.

The Working Time Directive, for instance, does not affect children directly. Were this to be repealed following Brexit, however, the hours that parents could be required to work could have seriously deleterious impact on family life.

2.) Young people themselves are broadly pro-EU

Secondly, the voices of children and young people were largely absent from the referendum campaign. Little or no effort was made to seek or enable them to articulate their views – indeed 16-18 year olds, who can vote in any other poll in Scotland, were disenfranchised in the EU referendum.

This is despite (or possibly because of) the fact that support for remaining in Europe was much greater among people under 30 than over 60, and that today’s children will have to live with the consequences of the decision to leave the EU for far longer than most of those who voted for it.

3.) The EU provides opportunities for young people to travel

Many opportunities for young people to live, work and study in other countries have come about because of our membership of the EU.

Many children are included in the three million EU citizens who live in the UK, some of whom have been born here. There are also, of course, many children who are UK citizens who are resident in other member states. Both groups may be settled in schools and communities.

Brexit poses a real worry for children in such situations, and their families. They may not be allowed to stay in a country where they may have lived for their entire life. Even if they are permitted to remain, this may be under quite different arrangements from those currently in place.

Rights of access to public services, for example, currently guaranteed on the same terms as nationals of the country, may be restricted or tariffs introduced.

Access to programmes such as Erasmus and Erasmus Plus, which enable and financially support students and young workers to study or learn skills in another member state, are likely to come to an end.

4.) The EU guarantees the human rights of our children will be upheld

The rights of children have been promoted and protected by our membership of the EU. They have been embedded in the constitution of the European Union since the 2009 Lisbon Treaty.

All EU member states are, of course, party to the European Convention on Human Rights. This applies equally to children and adults and guarantees, among many other rights, freedom from torture, prohibition of forced labour, freedom of conscience and religion, right to privacy, prohibition of discrimination, right to family life (which could apply, for example, in deportation cases) and freedom of expression and association.

After Brexit the UK would not be subject to its conditions and at the moment there are no clear proposals as to what might take its place.

The European Commission has moved policy and practice forward in relation to many aspects of children’s wellbeing, and has often provided financial support to this end.

The 2002 Barcelona targets and the 2011 ‘Early Childhood Education and Care’ communication have had significant impact in improving the quality and availability of pre-school provision.

The ‘Investing in Children’ recommendation of 2013 set out a clear expectation that support for children should be protected despite the austerity policies being pursued by many EU governments.

While we hope that some clarity emerges in relation to the big picture in the near future, we urge all those involved and interested to ensure that small people are a vital part of it.