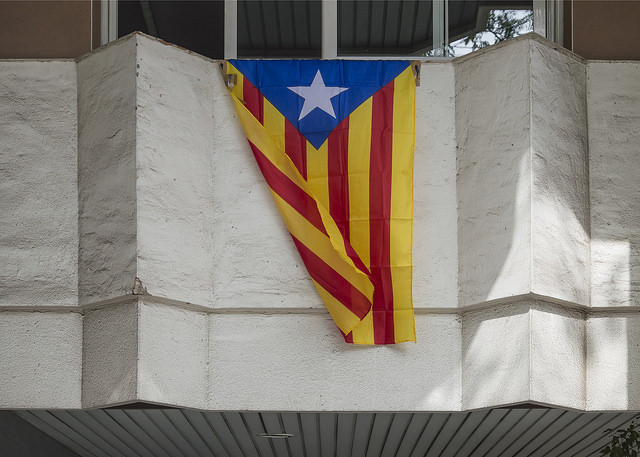 "It is an open-ended offer, but not paralyzed. The calendar of 18 months remains intact. In late June, the parliament will approve the laws necessary for an independent state and call citizens to the polls."

Having been on the receiving end of the Spanish state’s brutality for centuries, Catalans knew that the Spanish government, and especially the Constitutional Tribunal, would never allow a referendum.

Thus begins the next phase of the Catalan independence process, preparing the 'disconnection' from the Spanish state. While there has been a collective longing for independence among Catalans since 1714 when Barcelona fell to the armies of the Bourbon Monarch, the process began in earnest in 2010 following the Spanish Constitutional Tribunal’s overruling of the Catalan Statute of Autonomy.

This was a statute that had been passed by the Catalan Parliament, passed by the Spanish Parliament, and approved by a referendum. Even after that, the tribunal saw fit to butcher the statute. The most offensive holding was that Catalans as a 'nation' had no legal meaning whatsoever.

This is emblematic of the way in which Catalans and the Catalan language have been treated by the Spanish state: to deny its existence while actively taking measures to erase their language and culture, and often their people.

During the Franco era, it was illegal to speak Catalan. It was only after his death in 1975 that Catalan could be taught in schools.

Since reestablishing the Catalan Parliament and Generalitat in 1977, Catalans have sought to accommodate themselves within the Spanish state, while preserving their language and culture. The situation has become increasingly untenable, with the tribunal’s decision being the last straw.

In the wake of the decision, civil society has been increasingly mobilised. The principal organisations have been the Assemblea Nacional Catalana and Omnium Cultura, which have helped organise the massive rallies held on la Diada on the 11 September.

Also, many of the most prominent members of the Catalan Parliament come directly from these organisations. All their efforts have been conducted peacefully, democratically, and above all, with love of their people.

Having been on the receiving end of the Spanish state’s brutality for centuries, Catalans knew that the Spanish government, and especially the Constitutional Tribunal, would never allow a referendum.

This is purportedly based on the clause in the 1978 Spanish constitution which proclaims that the state is 'indissolvable'. This has been employed countless times to justify denying Catalans 'le dret de decidir', the right to decide.

This is purportedly based on the clause in the 1978 Spanish constitution which proclaims that the state is 'indissolvable'.

So the strategy has been to ask for a referendum, knowing that it would never be granted. Madrid obstinacy led to the staging of an unofficial referendum on 9 November 2014. The Spanish state would not allow the normal official ballot boxes to be used, so they used cardboard boxes.

They were not allowed to use the official electoral lists, so people signed up and voted on the spot. After, the Spanish state launched legal proceedings against former president Artur Mas and others. All this, just to prevent Catalans from expressing themselves democratically.

In spite of this, over 2.3 million votes were cast, 80 per cent in favour of independence. Predictably, the Spanish state did not recognise the result, declaring it "illegal" and a "failure".

Catalans knew this, and had already planned for plebicitary elections to be held, as the only legal way that support for independence could be expressed. These elections were held on 27 September 2015.

This has been employed countless times to justify denying Catalans 'le dret de decidir', the right to decide.

Junts pel si (Together for yes) was a coalition of parties assembled to support the independence process, and the CUP (Candidatura d'Unitat Popular) is a far left pro-independence party, which has the organisational skills of the People’s Front of Judea in Monty Python’s Life of Brian. Together, they won a majority of seats in the Catalan Parliament.

After months of political wrangling, it wasn’t until January 2016 that a government was formed. One of the concessions was that Artur Mas would not be president, opting for Carles Puigdemont, who garnered more consensus.

The intervening months have seen needlessly problematic behaviour by the CUP, which has made passing a budget very difficult.

They are also in the process of adopting 'disconnection' laws to replace the Spanish state structures, notably social security and establishing a Catalan tax authority. Predictably, the Spanish Constitutional Tribunal has sent a barrage of court orders and threats, even threatening to take legal action against Carme Focadell, the president of the Catalan Parliament.

Who knows how it will end, but it certainly will captivate the attention of Scots as they move towards independence.

It is in this context of the criminalisation of democracy that Puigdemont declared a referendum in September 2017. Who knows how it will end, but it certainly will captivate the attention of Scots as they move towards independence.

As someone who is intimately involved in both the Catalan and Scottish independence processes, it is a very special event. To observe in both nations polities emerge after centuries of disparaging state propaganda and bigotry directed at them, discussing new ideas about how to make a better country is among the most amazing and beautiful events I have ever witnessed.

No turning back for Scotland or Catalonia. Independence is nigh.