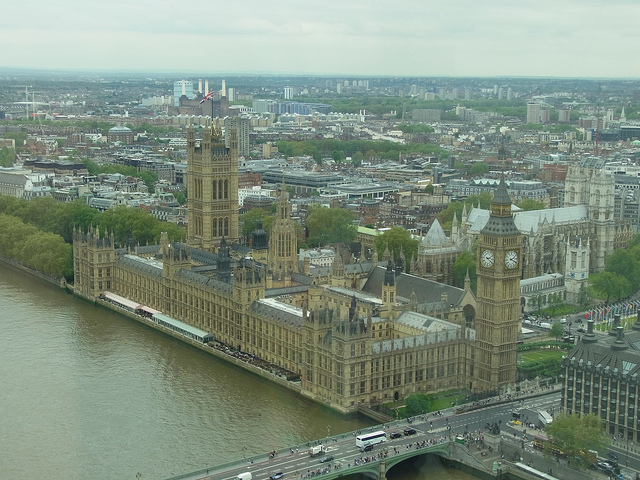 IN retrospect, the ‘Great’ Repeal Bill (GRB) for Scots may turn out to be historically analogous to the 2010 Ruling of the Spanish Constitutional Tribunal over the Catalan Statute of Autonomy.

Both of these acts constitute a revocation of many hard-won devolved powers. Both shall have dissolved the brittle consensus over devolution and their nations’ role place within broader “union”.

Unionists’ “family of nations” rhetoric is shown to be farcical. Both irrefutably demonstrate that the Catalan and Scottish nations have the right self-determination, and to constitutionally disengage from their respective failed monarchy in constitutional chaos.

As the real Brexit ‘masterplan’ is slowly coming into focus, it is apparent that no Scot should want any part in a UK state which is further slipping into chronic corporate oligarchy.

In what was to be the final effort for Catalonia to strike a consensual and satisfactory constitutional balance within the Spanish state, in 2006 the Catalan Parliament passed its Statute of Autonomy. It was later ratified by the Spanish Parliament, and overwhelmingly ratified in a Catalonia-wide referendum.

In 2010, the Spanish Constitutional Tribunal (SCT) overturned many provisions of the Statute, fundamentally undermining Catalonia’s frail autonomy and sovereignty – for example, the decision held that Catalans were not a ‘nation’ in any legally binding sense.

It reminded me if the infamous 1856 Dred Scott v Sanford US Supreme Court decision in which, in the written opinion, Chief Justice Taney held that blacks retained “no rights that the white man was bound to respect”.

In a similar manner, this SCT decision holds that Catalans have no rights as a people and nation for which the Spanish state is bound to respect.

In a similar vein, the GRB would overturn the devolution settlement, and through ‘Henry VIII Powers’ allow the May government to effectively redesign the entire UK legal structure through secondary legislation, without approval of even the Westminster parliament.

This would demolish any pretense that the UK government as currently constituted is a democracy, or can be trusted and respected to any degree. The GRB may never pass, but the UK Government even countenancing the adoption of such a bill is sufficient grounds for Nicola Sturgeon to immediately call for a referendum to be held in the coming months.

As the real Brexit ‘masterplan’ is slowly coming into focus, it is apparent that no Scot should want any part in a UK state which is further slipping into chronic corporate oligarchy, which Brexit would legally facilitate.

There is a very close relationship between the illiberal oligarchic corporate forces which have increasingly strangled the UK and US governments. A network of billionaire donors, hedge fund wankers, the pharmaceutical industry, petrochemical industries, sham think tanks and PR firms, and many more plutocratic institutions have been slowly eroding the regulatory structures which have even remotely restrained US/UK corporate dominance.

The EU was the only institution which placed any limits on this deregulatory fervor, and that’s the most salient reason that the US/UK corporate oligarchy wants the UK out of the EU.

The EU has, perhaps, the best-regulated market in the world, with unrivalled consumer protections, health, and environmental standards. The US/UK corporate kleptocracy through purchasing politicians’ obedience with corrupt campaign contributions has dismantled consumer protections and financial regulation, gutted worker and union rights, and made suing corporations for discrimination and other corporate malfeasance much more difficult, among many others.

The EU was the only institution which placed any limits on this deregulatory fervor, and that’s the most salient reason that the US/UK corporate oligarchy wants the UK out of the EU. They can then complete the comprehensive corporate takeover of the UK Government.

Even more dangerously, the vile Leave campaign and obedient sycophantic rightwing press, especially the Daily Mail, the Sun, and the Express, has poisoned the political discourse and led to an upsurge in hate crimes and nastily overt racism in England.

Blaming and demonising immigrants for the economic precarity of much of the population, using Hitlerian and Stalianian rhetoric to foment rage at the EU and Remain voters, and generally dissolving any semblance of comity in much of the political debate has turned much of the UK into a dark place.

Frighteningly, the May government is alto intent on extracting the UK from the EU Convention on Human Rights, and the UK will no longer be bound by the EU courts responsible for applying it.

For all these reasons, the Scottish Government, and the Welsh Government, for that matter, have irrefutably justified cause to immediately call an independence referendum to be held in the next 18 months.

I have one simple question for the UK Government: What is it exactly that you can’t do now while you are in the EU Convention on Human Rights, that you will be able to do when you are out? The EU HCR has guaranteed a floor for rights, upon which participating states could build and improve.

Withdrawing the UK from the EU HCR would eliminate that floor, and who knows the depths to which the UK Government could plunge in denying people basic human rights.

For all these reasons, the Scottish Government, and the Welsh Government, for that matter, have irrefutably justified cause to immediately call an independence referendum to be held in the next 18 months.

The Westminster State is bereft of confidence and legitimacy in Scotland, and it no longer governs Scots with their consent to the extent it ever did.

Scots must be guaranteed that they have the right to self-determination before the passage of the GRB permanently takes it away. The Scottish Government should not wait for the bill to be passed, after which the door through which Scotland can leave the UK could be forever slammed shut.

The Scottish Government should avail itself of this perhaps final opportunity. 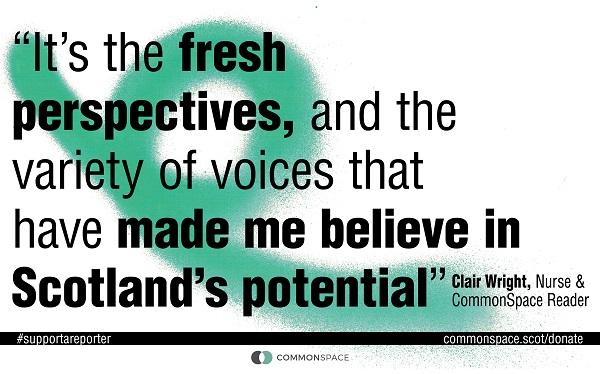