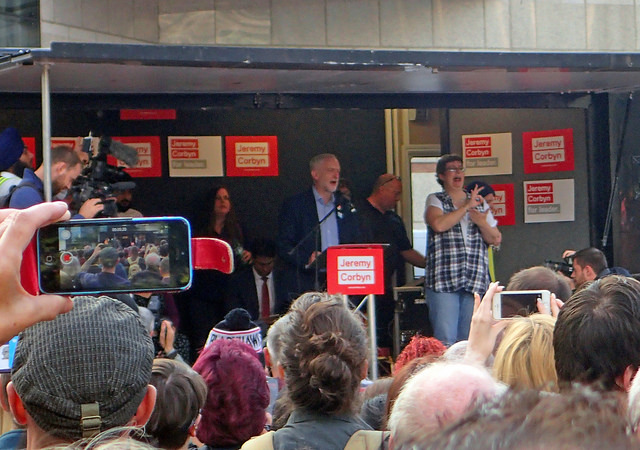 BEYOND DISHEARTENED. That’s how I feel every time I hear another Labour representative utter those dreaded words: “The only real progressive alliance is the Labour party.”

Our challenges as a society are far greater than any one party, especially one as high on its own ego as Labour. In this age of ubiquitous information sharing, the idea of millions of members agreeing on almost all points and defending everything about their candidates is frankly daft.

Recent success stories have galvanised around a single issue – Brexit with Ukip and independence with the SNP. Once that goal is achieved, splits occur.

With the current system, the only hope for those of us on the left here in England is to build alliances.

Social democratic parties throughout Europe, in particular, are a non entity. Look at the recent example of France, where the Socialist Party couldn’t get a presidential candidate past the 10 per cent mark, or Germany and Spain where the traditional Labour equivalents have failed to get past the 30 per cent mark for years.

If you believe the polls, the Corbyn-led Labour party is faring around the same as counterparts throughout Western Europe. Well, in England at least. It wouldn’t matter who was in charge of Labour right now, the challenges would remain the same.

Last summer, in the hazy hope of the second Corbyn victory, a local Socialist Workers’ Party member in Waltham Forest asked me why England is the only recent example where a new left party has failed to successfully emerge.

I proffered only one answer: our electoral system. Germany has Die Linke, Spain has Podemos, Greece has Syriza and we have … Left Unity. Giving newer and smaller parties a voice is tricky business here on the first-past-the-post (FPTP) electoral system.

In the German Bundestag, Die Linke have 63 seats and are the third largest party, Podemos came from nothing to become a major force within a matter of years and, of course, Syriza came to power. Even just across the water in Ireland, socialist parties often get elected. Proportional setups help immeasurably.

What makes us so grey and afraid to give other parties a chance? I, for one, would love to see representation for parties such as the Women’s Equality Party and the Animal Welfare Party. With the current system, the only hope for those of us on the left here in England is to build alliances.

Has this inspired Labour? No. It still insists on playing the politics of yore, taking the votes of Greens in Ealing and giving nothing in return. It really is beyond disheartening.

In the instance of this General Election, that should mean standing aside in seats where Labour will never win. In many of the Liberal Democrat top targets in the south-west of England, Labour regularly polls around five to 10 per cent.

I’m no fan of the Lie Dems, but surely limiting the Tory majority is the aim on 8 June. Brighton Pavillion should be left to the Greens and I’m happy to say that, as I write this, the Lib Dems have agreed to stand down there. Furthermore, the Greens have stood aside in the extremely tight Labour-held seat of Ealing.

Has this inspired Labour? No. It still insists on playing the politics of yore, taking the votes of Greens in Ealing and giving nothing in return. It really is beyond disheartening.

The Tories and Labour both must know that their days as all-encompassing behemoths of our politics is over. Why not have a parliament with smaller parties of socialists, animal welfare campaigners, women’s groups and senior citizens? It works throughout Europe.

Electoral reform is the only way forward for a true representation of our society. Maybe if Labour is finally wiped out, it might just realise it.