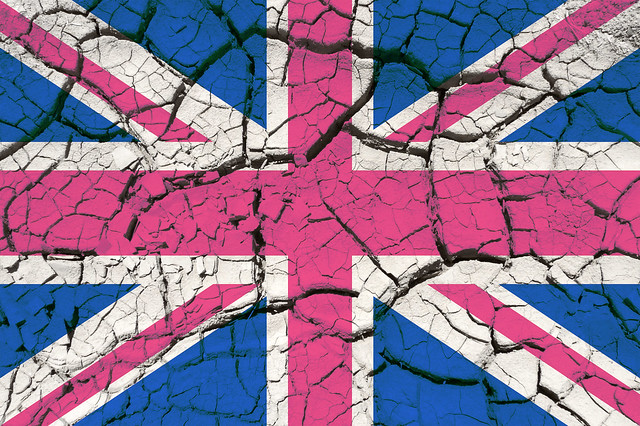 Mary MacCallum Sullivan, a pyschotherapist from Argyll, says that the Brexit fiasco is indicative of a crisis in western society, where the real issues facing the future of humanity are ignored as ‘we close our doors and our hearts’

LET’S hope Boris Johnson is losing. In making a power grab for the righter reaches of the Conservative party, he has cut the legs off the party, rendering it the English National Party. With the removal of the whip from 21 of the party’s more thoughtful MPs, and the on-going haemorrhaging of other ‘centrist’ Tory MPs, he has deracinated his tribe: the one-nation conservative party is no more.

The state we’re currently in represents a fascinating case study in the loss of a moral compass. The Conservative party’s only vestigial claim to a moral foundation was its sense of ‘one nation’, albeit a nation with a Pythonesque alignment of classes: working class, middle class, and ruling class.

The patrician, the patriarchal, and its camp-followers are exposed as blatantly deceiving, complacently self-seeking, privilege-protecting, ruthlessly manipulative. Those of a kinder, gentler, more thoughtful Conservatism are currently beaten-down and in retreat.

Not that the Labour party is making a great fist of defining itself as a different kind of political organisation, although I will dare to lay some of the blame for that on the unwillingness of the UK ‘mainstream’ media to engage in some more distanced and nuanced reflection and debate; it seems equally to be throwing itself and all its resources into the general maelstrom of what passes for current UK politics and becoming just as over-excited as the elected (sort of) representatives of the people.

It is shameful, disturbing and depressing to the rest of us that the ‘real’ issues of our time – the climate emergency, the related refugee and biodiversity emergencies that face the whole world – are, in the mean time, utterly neglected and ignored in favour of this playground gang fight. All of this can be laid at the door of the irresponsible David Cameron and other members of the Conservative party over the last twenty years, who have imposed their pathological faux nostalgia and pseudo-austerity on the rest of us.

The Labour party has not fought hard enough against the control of the media landscape by the capitalist owners of the so-called Free Press, with their hidden agenda of Orwellian mind-control, conspiring to render impotent the anger and despair of the dispossessed and to have them collude in their own sense of powerlessness and alienation.

The old skins of the two-party system are incapable of holding the new wine of 21st century politics, even if there may now be a faint ray of hope in the coming-together of the opposition parties at this very late stage to head off a Johnson/Cummings ‘no-deal’ 31st October Brexit. It is clearly time for all good people to come together out from behind their party lines for the greater common good.

Please could they also come together to forge a better way out of this crisis that recognises the bigger, deeper causes of the Brexit referendum vote?  The form of that vote was unworthy of any so-called democracy; the complacency and laziness of we remainers was culpable: no case was made for the freedoms, the opportunities, the advantages that membership of the European Union has brought to the whole United Kingdom – political, economic and cultural.

I hope we all realise that any imagined moral authority that the developed world may have ascribed to itself is completely destroyed. Here we are, fiddling in our museum of Westminster while the planet burns: hurricanes, floods, wildfire and drought terrify, terrorise and displace whole populations. We in the west are responsible, in our greed, our wastefulness and our obliviousness, for the destruction being wrought on our fellow humans. We close our doors and our hearts against their distress and their trauma.

It is time – and more than time – to wake up to our responsibility and have the courage to take the action demanded by our children in defence of a true democracy, of our common humanity and of the planet.