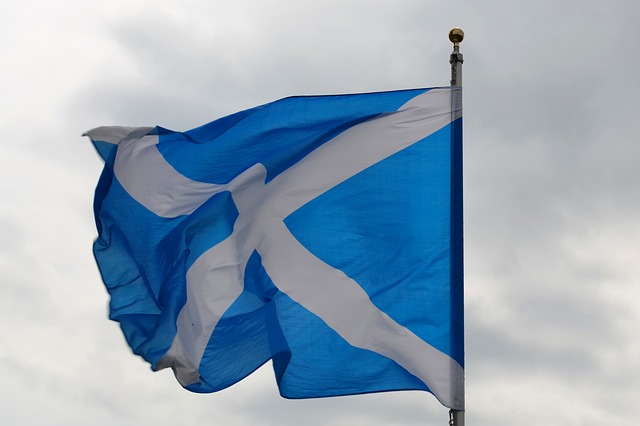 Mary MacCallum Sullivan, a pyschotherapist from Argyll, says Scotland needs a modern re-statement of the Declaration of Arbroath nearly 700 years after the original

I worry that we sometimes forget that independence too is a moral fight; a moral fight against the fact that Thatcherism and its brutality still dominates British politics 40 years later. We fight for a better nation because the victims of Britain’s brutal economy still bleed to this day.

It is in truth not for glory, nor riches, nor honours that we are fighting, but for freedom – for that alone, which no honest man gives up but with life itself.

THE current Westminster government is a moral disgrace. The 2016 referendum was initiated and conducted as a trivialised and cynical exercise aimed, not at the good of the country, but at side-lining and de-fanging ‘little Englander’ extremism within the Conservative party.

David Cameron, having promised to stay on as Prime Minister whatever the result, promptly and disgracefully refused to face the consequences of his actions and resigned, leaving the leadership of the conservative party to be taken over by the ‘hard Brexit’ extremists – Theresa May offered herself as their puppet. The extremists themselves – Boris Johnson, Jacob Rees-Mogg and Michael Gove, demonstrated their moral cowardice in what passed for a leadership contest, but have dominated the ‘argument’ ever since, to the shame of the ‘mainstream media’, who have played fast and loose with their commitment to impartiality and the Reithian directive of the BBC to ‘inform, educate and entertain’.

There has been moral failure from start to (almost) finish, and the determination of a range of MPs to try to wrest some sort of meaningful outcome to this process at this very late hour does not look hopeful.

Her Majesty’s Opposition has been notable in its absence from the debate.

Throughout this time, from June 2016, the voice of Scotland has gone unheard. Scotland’s MPs, together with its First Minister Nicola Sturgeon and her Brexit Minister Michael Russell, have done their admirable best, to absolutely no effect. They have held the line of truth, but maintained a willingness to engage, throughout, and it is a severe indictment of the ‘British government’ (and gives away the dirty secret of its inherent authoritarian tendencies) that the constitutional status and progressive achievements of the devolved governments were utterly ignored throughout.

The rage and frustration of the independent-minded people of Scotland is hard to bear, as this pantomime has unfolded: Scotland will precisely be taken out of Europe against its will on the worst of terms, and in accordance with policies that are diametrically opposite to its interests. Continuing austerity, a lack of immigration, and neglect of outlying and rural areas hit worst by globalisation and a greedy and uncaring neo-liberalism are crippling Scotland.

The Declaration of Arbroath, the 700th anniversary of which will occur on 6 April 2020, was designed in 1320 to confirm Scotland’s status as an independent, sovereign state.  It claimed Scotland’s independence from England, and, further, held to the right of its people (then, of course, only the nobility) to choose their king, if the rightful claimant proved to be unfit for the task.

It is time for a re-statement of this Declaration that will call the people of Scotland to an awareness of their status as an equal nation in the political union that is Great Britain. That our representatives in London are outnumbered does not have to mean that our wishes can be routinely and systematically ignored in favour of the larger England. The current arrangements have proved themselves to be unjust and detrimental to Scotland’s interests and preferences.

READ MORE: Nicola Sturgeon swears loyalty to the people before the monarchy

The Declaration says this about Robert the Bruce: Him, too, divine providence, his right of succession according to or laws and customs which we shall maintain to the death, and the due consent and assent of us all have made our Prince and King. To him, as to the man by whom salvation has been wrought unto our people, we are bound both by law and by his merits that our freedom may be still maintained, and by him, come what may, we mean to stand. Yet if he should give up what he has begun, and agree to make us or our kingdom subject to the King of England or the English, we should exert ourselves at once to drive him out as our enemy and a subverter of his own rights and ours, and make some other man who was well able to defend us our King; for, as long as but a hundred of us remain alive, never will we on any conditions be brought under English rule.

The Declaration reserves the right to choose the king: if Robert does not maintain the contract made with these ‘people’ of Scotland, they claim the right to make other arrangements that better support the ‘freedom’ of Scotland.

Independence for Scotland does not, cannot, mean absolute ‘independence’ from England (and the other nations of the united kingdom). Our very attachment to the larger European Union demonstrates our awareness of the benefit of such interdependence. We claim the right to equal status as a nation-state, to self-determination as a country ‘free’ of the neglect, the cruelties and delusions of the English ‘ruling class’.

We claim the right to be free, in the face of urgent 21st century challenges, to make our choices and take the actions that can create a 21st century people-centred democracy and be the best small country that we know Scotland can be.

CommonSpace is entirely funded by regular, small donations from you: our readers. Become a donor today so we can continue our work.