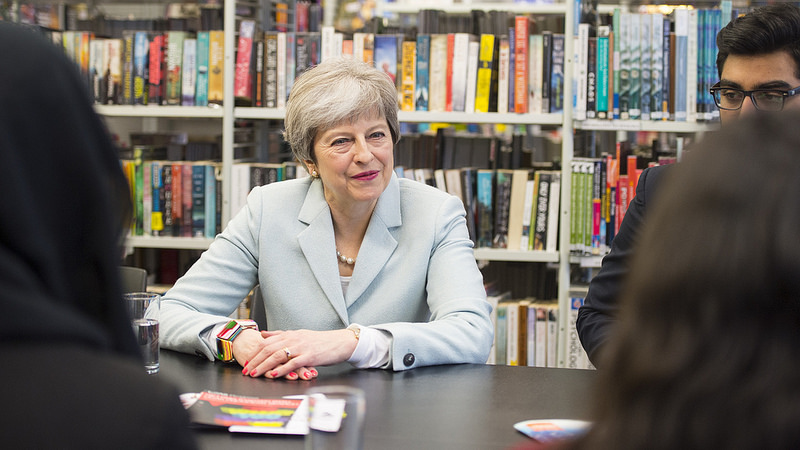 IN AN ATTEMPT to woo younger voters, Prime Minister Theresa May will announce an independent review of tuition fees and student finance in England after admitting changes in 2010 have created one of “the most expensive systems of university tuition in the world”.

Speaking on ITV’s breakfast show This Morning, May trailed announcements on a review on which she will give more detail this afternoon in a speech in Derby.

Tuition fees in Scotland were replaced in 2000 with a one-off graduate endowment fee of £2000, but this was scrapped in 2008 by the then first minister Alex Salmond making higher education completely free for all Scottish and EU students.

After the Conservative and Liberal Democrat coalition government lifted the cap in 2010, tuition fees soared to over £9000 per year of study.

Theresa May is expected to say that the “competitive market” which was envisaged when fees were introduced has not emerged, with some commentators suggesting a future system will link the price of a degree to the potential future earnings for graduates.

Speaking ahead of the Prime Minister’s speech this afternoon about higher education funding, University and College Union (UCU) general secretary Sally Hunt was critical of this approach: “The Prime minister can complain about how we have one of the most expensive systems of university tuition in the world, but it was the Conservatives that introduced it and without a radical look at the whole system little can really change.

“Worryingly, this review already looks like little more than finding new ways to cut spending on universities. Linking the price of some degrees to earnings is deeply flawed and fails to acknowledge the many factors which affect graduate income.”

May is also expected to suggest a renewed emphasis on vocational education, saying there should be an end to “outdated” attitudes that it is only for the least well-off young people.

“Without a radical look at the whole system, little can really change”. Sally Hunt

Sally Hunt continued, suggesting a more radical approach would be required to fix the “broken system”: “Plans to boost vocational learning will fail unless the government is willing to invest in colleges and reverse damaging cuts which have weakened the further education sector.

“Instead of exploring ways to tweak the existing broken system, the review needs to find ways to ensure our colleges and universities are properly funded. Students also need to be able to study without taking on mountains of debt and the government must look at reintroducing grants for students while they study.”

Although there will be no direct consequences for Scotland, Scottish students wishing to study in England could benefit from a reduction in the cost of study. Any increased investment in higher education would also mean an increase in the consequentials for the Scottish budget through the Barnett formula.