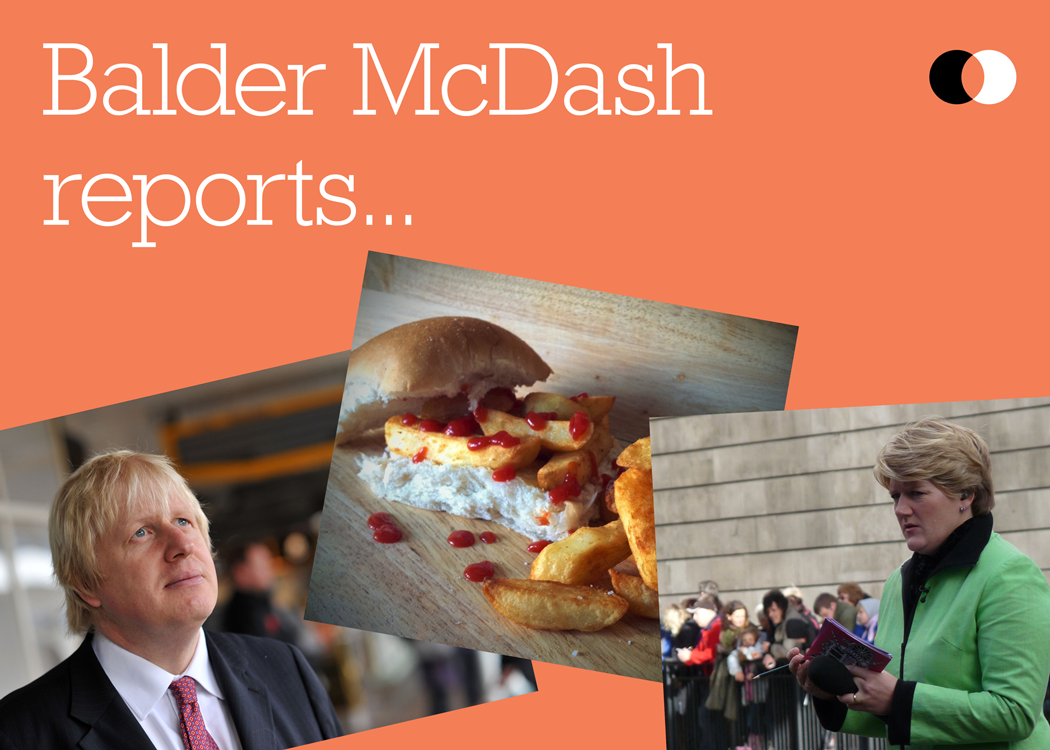 SNP to saw UK in half

THE Scottish National Party this week announced its intention to physically detach Scotland from the rest of the United Kingdom.

According to an SNP insider, a giant circular saw is being constructed inside a disused warehouse in Ecclefechan.

First Minister Nicola Sturgeon said: “I’ve decided that the only way to achieve independence, and safeguard ourselves against the cuts imposed by the Tories, is to split our differences.

“We’re going to do that by cutting the country in half.”

Thousands of volunteers have signed up to participate in the sawing, scheduled to take place on 5 November.

In response, David Cameron is reportedly taking drastic measures to keep the country together.

Yesterday he was photographed outside B&Q with an estimated PS650,000 of sellotape and super glue.

A LEAKED MI5 report has this week suggested that Donald Trump is the evil genius at the top of the Conservatives’ chain of command.

He was secretly photographed inside a hollowed out volcano, stroking a white furry creature.

Trump allegedly infiltrated the party in 2005 when David Cameron was elected as leader.

However the most shocking revelation is that David Cameron is an android controlled by Trump. Researchers say this explains why he appears fake and bland.

Cameron commented: “This is absolute total rubbish. I’m a real person. Anyone who suggests otherwise WILL BE EX-TER-MINATED!”

Trump is reportedly also the driving force behind Amber Rudd’s opposition to onshore wind. Some commentators have described her parliamentary statements on the topic as more robotic than electric.

Trump’s US presidency bid is rumoured be just the next step towards world domination.

ACTOR Benedict Cumberbatch has this week revealed that he suffers from mobilirexia – a rare, but debilitating, allergy to mobile phones.

Last week Cumberbatch’s performance of Hamlet was reportedly halted twice due to a particularly severe attack on stage.

Doctor Alastair McNonsense explained: “Mobilirexia can cause the lips to swell to three times their normal size, making it difficult to speak.”

During his performance Cumberbatch reportedly said: “To be or not to be, that is quisfustmnmnm. Fmnfsmmnnn swnnmffss,” before exiting the stage.