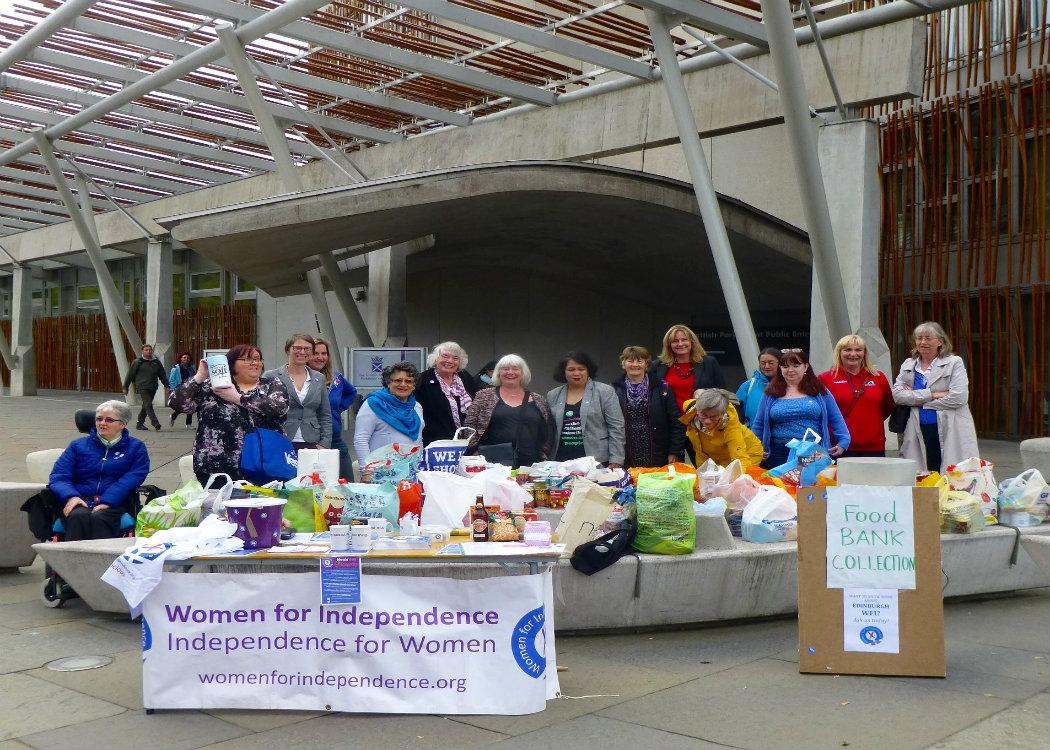 WOMEN FOR INDEPENDENCE campaigners in Edinburgh collected hundreds of pounds worth of food bank donations this weekend in a campaign to support meals for people struggling financially over the pomp and privilege of the royal family.

The campaign day – ‘meals over monarchy’ – coincided with a celebration in Holyrood Palace, Edinburgh, to mark Elizabeth Windsor becoming the longest ever serving monarch of the United Kingdom.

However, activists decided to demonstrate a different “show of priorities” by calling for donations outside the palace to help the thousands of Scots dependent on food banks.

“A special mention too for Jean Urquhart MSP who braved the early shift along to launch our online appeal. Jean, you are a trooper – and our kind of MSP! Not only all that, but our online appeal has just crossed the PS500 mark tonight, so we’re chuffed to bits! Thank you one and all for everything you did to get us there!”

The event at Holyrood palace cost PS30 for a family ticket to the “crowns and coronations” themed party. Women for Independence Edinburgh pointed out that this could support the food costs of a family of four for a week.

Research by Republic, which supports an elected head of state, calculated that the monarchy received PS334m in public subsidy each year.

According to The Trussell Trust food bank charity, almost 120,000 people – including 36,000 children – received emergency food support from the Trussell Trust last year in Scotland. This represents a 65 per cent rise on 2013-14.