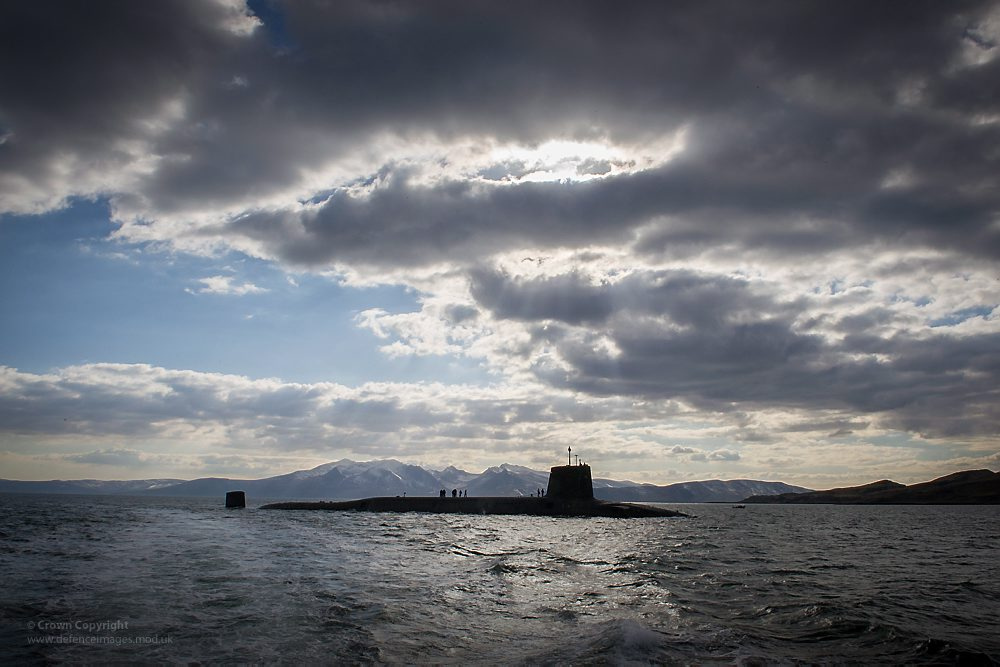 AN INFLUENTIAL group of medical professionals has called on the UK Government to take heed of the new UN nuclear weapons ban treaty in the wake of new research into the health and demographic impacts of nuclear-armed conflict.

Medact, a group of health professionals who focus on the health impact of social, economic and environmental policy, made the call in a report taking  a new look at the issue of nuclear weapons in the wake of the ban treaty – agreed by 122 nations at the UN on 7 July.

It comes at a sensitive time for the UK’s nuclear weapons policy, as the UK and eight other nuclear armed states are diplomatically isolated in boycotting UN proceedings on the treaty.

UK policy faced further humiliation yesterday, when two anti-Trident protestors were released from prison after the Procurator Fiscal abandoned bail conditions that required them to keep away from anti-Trident protests cites – Faslane and Coulport in Scotland – which house and service the UK’s stock of Trident nuclear weapons.

“Whether the UK Government likes it or not, the majority of the world has made it clear they are serious about banning and eliminating nuclear weapons.” Dr Rebecca Johnson

Dr David McCoy, Director of Medact, said: “We have produced a simple but cogent set of arguments that expose the flawed, dangerous and wasteful policy of possessing and modernising nuclear weapons. Deterrence, only believable as long as the world’s nuclear armouries remain unused, is destined to fail. Whether caused by heightened tensions between nuclear states, or by factors such as cyber terrorism, software failures or accidents, it is just a matter of when, not if.”

“This is not to suggest that multilateral disarmament would be easy. It would require a great deal of hard work, skilful diplomacy and some courage. But it can be done; and it must be done. This is our simple message as doctors and health professionals.

“By abandoning our reliance on an increasingly redundant and dangerous approach to national security, Britain can demonstrate its diplomatic prowess and its economic and cultural influence to take a lead on multilateral disarmament and make the world safer.

“Since biological and chemical weapons have been banned for over 20 years, the UN treaty represents an important step to outlaw the most dangerous Weapon of Mass Destruction (WMDs) of all, recognising that nuclear detonations, whether by accident or intention, would cause even greater catastrophic humanitarian consequences.”

The UN ban treaty will come into effect in September and has placed fresh focus on arrests at sites like Faslane and Coulport – which have been the scene of opposition to Trident in Scotland for decades.

The Medact report, titled ‘A Safer World: Treating Britain’s harmful dependence on nuclear weapons’, cites recent research that shows even a limited or regional nuclear conflict would lead to pandemics of disease and hunger – with up to two billion people effected by subsequent crop failures.

The so called ‘Trident 2’ – Brian Quail 79, and Angie Zelter 66 – are veteran peace activists who were arrested on 12 July for peacefully blocking a road at Coulport to disrupt the operation of Trident. They will face trial in October.

Scotland sent a delegation to the UN in recent months to argue Scotland’s case for nuclear disarmament. They joined a civil society delegation after being denied a place in the UK official delegation.

Dr Rebecca Johnson, president of the Geneva-based International Campaign to Abolish Nuclear Weapons, said:  “Whether the UK Government likes it or not, the majority of the world has made it clear they are serious about banning and eliminating nuclear weapons. This new Nuclear Prohibition Treaty will greatly increase the legal, economic and public pressures to halt Britain’s billion-pound spending spree on Trident.”