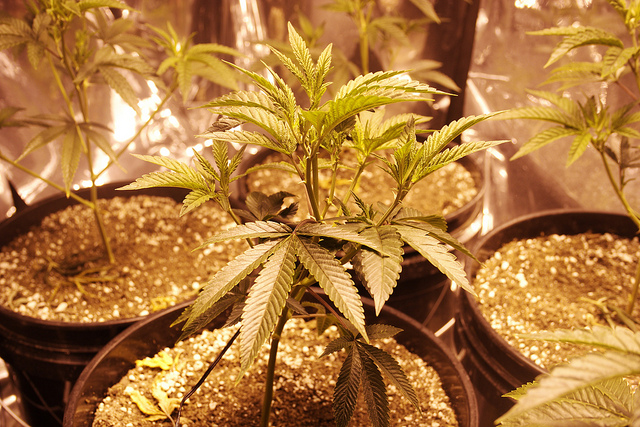 THE MEDICINAL CANNABIS REFORM CAMPAIGN SCOTLAND, a group advocating the decriminalisation of cannabis for medical purposes, is meeting at Holyrood for the second time this year to discuss the possibility of future legal reform on the issue.

Brown sought to get a prescription in England for Sativex – a oromucosal spray derived from cannabis sativa used mainly for the treatment of multiple sclerosis (MS) – but was informed by the NHS that it could not treat him with Sativex because he is Scottish.

“We believe that people should have the choice of how they treat themselves and people shouldn’t be criminalised for choosing a natural method.” Medicinal Cannabis Reform Campaign Scotland fundraiser Stuart McLean

Stuart McLean, fundraiser for the Medicinal Cannabis Reform Campaign Scotland, told CommonSpace: “We believe that people should have the choice of how they treat themselves and people shouldn’t be criminalised for choosing a natural method.

“We had a meeting a couple of months ago at Holyrood that went pretty well. I’ve come into this campaign relatively recently, but Bernadette McCready has been championing this for well over a year now and trying to get it brought to the attention of those within Holyrood and raise it as a discussion point. But the ultimate objective is for medicinal cannabis to be decriminalised.

“Why, when it comes to some of the darkest and most desperate times of your life, do you have your choice removed?” Medicinal Cannabis Reform Campaign Scotland fundraiser Stuart McLean

“Ultimately, life is about the choices you make,” McLean continued. “So why, when it comes to some of the darkest and most desperate times of your life, do you have your choice removed?

“I lost my Mum to MS last year, and I watched her condition deteriorate to the point where there was absolutely zero quality of life. They gave her treatments for 10 years – I use the word ‘treatments’ very, very loosely – and there was no period of remission, no improvement. Nobody’s health should be seen as a business opportunity by those who seek to profit from it.

“I don’t think we would be at the point where we are now if there wasn’t some willingness to explore this.” Medicinal Cannabis Reform Campaign Scotland fundraiser Stuart McLean

Asked whether he felt that political sympathy for the legalisation of medicinal cannabis was growing, McLean responded: “It’s only my personal opinion, but I believe there will be a willingness to listen with the evidence put in front of them, and a willingness on the part of some to explore and understand where the health benefits may lie. I don’t think we would be at the point where we are now, going to Holyrood for the second time with hopefully a larger audience than we had previously, if there wasn’t some willingness to explore this.”

Cross-party MSPs had previously heard advocates of medicinal cannabis at an April summit organised by campaigner Bernadette McCready, a former auxiliary nurse who suffers from fibromyalgia. McCready told the National ahead of the initial meeting: “I have to get cannabis through illegal sources. By buying it off the street you are putting money into the hands of criminals. Sick and vulnerable people are in a situation where they can be absolutely conned by dealers.”

Delegates at the SNP’s 2016 autumn conference overwhelmingly backed the decriminalisation of cannabis for medicinal purposes, and called on the UK Government to devolve the power to regulate cannabis to the Scottish parliament.

Last year, the House of Commons all-party parliamentary group of drugs reform also recommended to the UK Government that medicinal cannabis should be legalised in the UK, that a system be introduced to grant patients access to cannabis where necessary, and that the growing of small amounts at home for medicinal reasons be decriminalised.