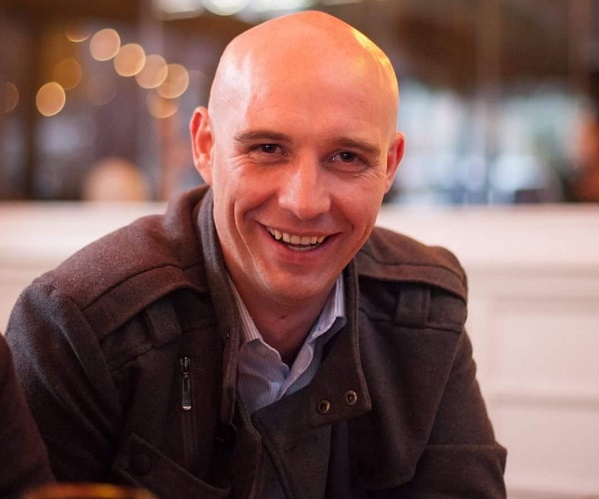 New CommonSpace reporter Chris McQuade turned down a mainstream media job to come to CommonSpace. Here he explains why

Being part of the CommonSpace team has been the most exciting opportunity I have had since becoming a journalist just over one year ago.

Let me tell you why. Everyone knows that media is changing and, as we move further into the digital age, it is essential that journalism is prepared to reinvigorate how it is received to continue to challenge people in power throughout society.

Politicians, senior executives and government officials should all be held accountable while in positions of power, and being able to carry out this important task is the reason I retrained as a journalist at the age of 30.

Having spent most of my adult life working in construction, it was a seismic shift to attend college having been out of education for so long.

But I knew journalism was what I wanted to do, and after four years at Glasgow Clyde College, I see working at CommonSpace as the best place to be in Scottish journalism right now.

The independence referendum in 2014 is the sole reason I became interested in politics. The wave of optimism that swept the country thanks to the Yes campaign was the first time in my life that I thought something meaningful could be achieved by the people.

I tried my best to spread the word during that campaign when grassroots politics almost got us to the ultimate goal of an independent Scottish state free to shape our own future, free from the shackles of Westminster.

While studying at college I was lucky to have a fantastic public affairs tutor who managed to make everything political interesting, and a combination of my studies and subsequent elections left me feeling like a career covering the political landscape in Scotland could be a very rewarding position.

In 2015, I helped to cover the General Election counts at the Emirates Arena in Glasgow when the SNP swept the board and annihilated the opposition following the referendum, and it looked like this would be the way things would be for the foreseeable future with Scottish Labour feeling the effects of siding with the No camp and the Tories. I fully expected SNP domination for at least a generation.

The buzz from covering that election never left me as I went from being a person who would change channels when political news came on the television, to sitting up all night watching election results desperate to see who took what seat.

Just before being offered the chance to join this wonderful team, I was offered a job at one of the largest media organisations in the country.

Thanks to that same college lecturer, I also spent a couple of days in the Scottish Parliament towards the end of my studies which helped draw me towards reporting current affairs.

When I graduated in 2016 I was offered the chance to work for Glasgow Live as a court reporter at Glasgow Sheriff Court, where I spent one year.

During this time, I saw how CommonSpace continued to evolve and promote the case for Scottish independence by reporting in a completely different way to other media outlets. When I looked into how Commonspace operates, I realised that by obtaining funding by readers, and not being constrained by advertisers, CommonSpace can report freely by being independent.

Just before being offered the chance to join this wonderful team, I was offered a job at one of the largest media organisations in the country. But when CommonSpace got in touch it was a choice between being part of the establishment and enjoying the comforts that go with that, or becoming part of the new media that has emerged over the past few years.

But when CommonSpace got in touch it was a choice between being part of the establishment or becoming part of the new media that has emerged over the past few years. It was an easy choice.

It was an easy choice.

I feel personally responsible to our readership and hope that I can keep all of you up to date with the latest content. I want to thank all of our donors personally, and with your continued support I promise to do everything I can to make CommonSpace a successful news platform that you enjoy.