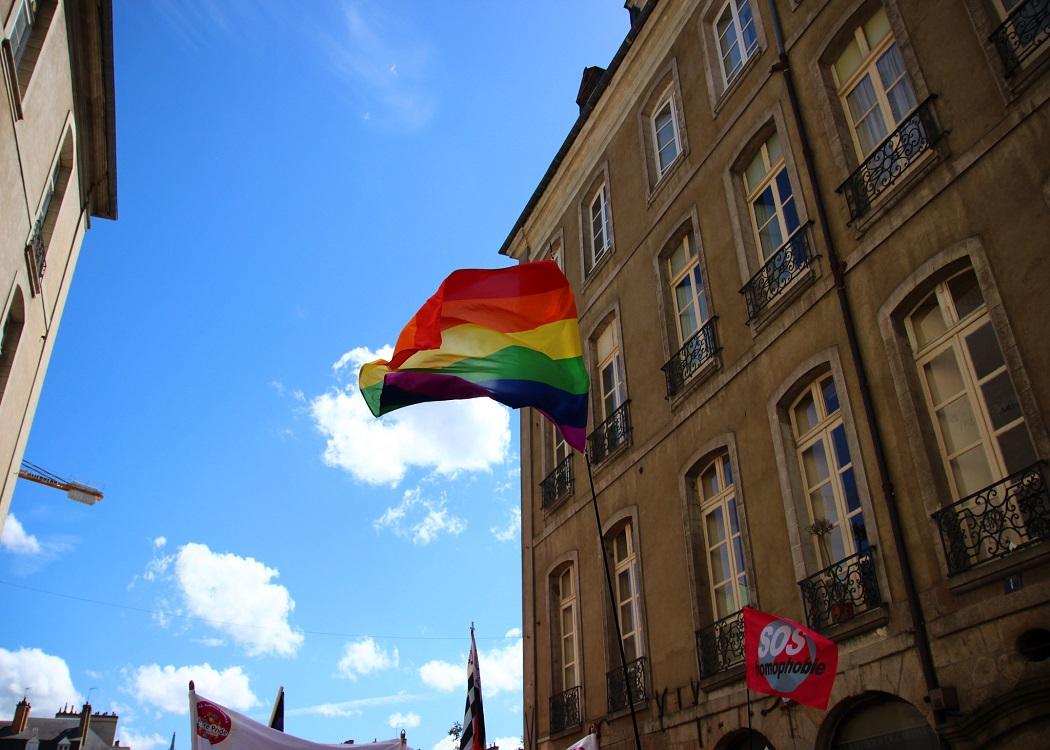 Shaw Rooney speaks to Jordan Daly, co-founder of Tie , about his experiences at school and the issues faced by LGBT kids today

EDUCATION is always a hot topic among many people. There are areas that are constantly debated and in the spotlight, be that budget cuts or the level of difficulty in exam papers, but there is one area that is often overlooked: LGBT+ education.

The lack of open dialogue within school infrastructure about the issues in the LGBT community is having an adverse effect on students who identify as LGBT+, with an increasing number of students developing mental health issues through the lack of understanding.

Jordan Daly, co-founder of the Time for Inclusive Education campaign (Tie) is at the forefront of the drive for LGBT+ education in schools, and feels that a lack of understanding is the main problem that can lead to mental health issues in pupils.

“No one understands the difficulties they go through and the struggles they have because they don’t teach LGBT+ history and teachers don’t have the experience to deal with the issues, it has a destructive impact.” Jordan Daly

“No one understands the difficulties they go through and the struggles they have because they don’t teach LGBT+ history and teachers don’t have the experience to deal with the issues, it has a destructive impact,” he explains.

According to Daly, the absence of LGBT+ talks on the school curriculum is having a detrimental effect on students, either through ignorance from those in the school who use derogatory homophobic slurs without realising the impact it is having on their peers, or the lack of a confidante for pupils dealing with issues. Daly hopes these problems can be addressed by the Tie campaign.

“A way to deal with this type of situation is to identify a teacher or teachers to train them in LGBT+ issues and history then it means students have support to go to. Giving teachers the confidence to tackle the issues when they come up.”

Daly is someone who knows all about the difficulties facing LGBT+ pupils as he himself has previously struggled with them.

“I was suicidal at 12/13 because I suffered with my identity and it is commonplace with students today,” he says. “We are seeing the direct impact of social exclusion of LGBT students.”

Having first-hand experience of mental ill health as an LGBT youth means that Jordan knows what is going through many of the kids minds when he speaks to them and their teachers about trying to raise the awareness of LGBT issues in schools.

“It’s a live issue and people can look at the statistics and see that it’s bad but you need to see it face to face to understand how bad it really is.”

One experience that stands out more than others for Daly was meeting an LGBTI+ pupil who had self-harmed, which amplified the lack of awareness and the effects it has on young people.

A change is needed for students and teachers to grasp the importance of discussing the concerns that LGBT+ students have, according to Daly, who thinks that the Scottish Government having a firm hand in proceedings is the only way to move forward.

“The Scottish education system is built on equality for all but that isn’t the case for LGBT+ pupils. Some schools like Vale of Leven Academy in Dumbarton know how to deal with the issues but there are other schools which are still having problems and what we need is the Scottish Government to take the lead in tackling these issues.”

He goes on to speak about the types of support and training that is already in place for teachers and parents alike to help them familiarise themselves with the situations their children and pupils are in.

“I was suicidal at 12/13 because I suffered with my identity and it is commonplace with students today.” Jordan Daly

“Stonewall Scotland and LGBT Youth have teaching courses and Stonewall have advice for teachers and parents along with LGBT youth chat forums which help to educate and discuss the topics surrounding LGBT+ kids. Schools Out UK have lessons plans for teachers to learn and understand created by other teachers.”

Although this does go some way to tackling the fact that teachers aren’t fully aware of the turmoil LGBT+ pupils have to deal with, Daly still feels that the only way real progress can be made is if the school system as a whole tackles the issue.

“The school isn’t supporting the teachers, it is reliant on teachers as individuals sourcing information. They have to work together with teachers, training them for it to work and this is what is need from the government.”

While Daly continues to plant the flag for Tie and fight for the rights of LGBT+ students in school, the problematic relationship lack of understanding has with mental illness rages on with no signs of stopping anytime soon.