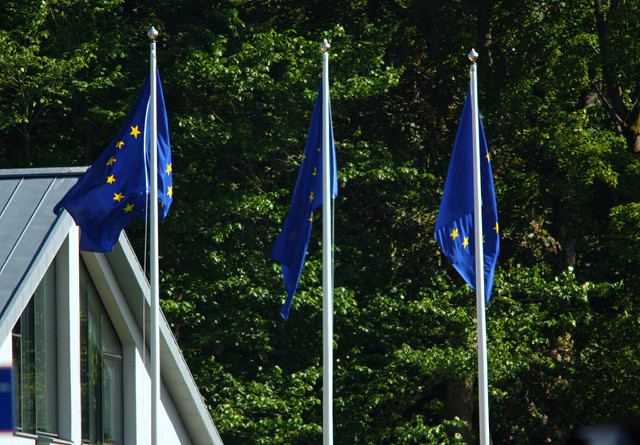 SNP MEP Alyn Smith has called on the UK Government for reassurance that the living and working status of EU nationals will be “safe” following a report suggesting many may struggle to meet the government’s criteria for the right to remain after Brexit.

The comments came in response to a report by the Social Market Foundation which showed that more than half a million European Union (EU) citizens would not meet the residency requirements to qualify automatically for the right to remain after Brexit.

He emphasised the human side to the experience of EU nationals whose status has still not been confirmed, and the cost it bore on Scottish communities, academia and the economy.

Speaking to CommonSpace, Smith said: "Freedom of movement goes both ways, and there are plenty UK passport holders across the EU nervous, too.

"The fact we as Scots can travel, work, study or trade anywhere across the EU is a huge boost to our economy and society, and we must protect it.

"Human beings are not bargaining chips in a dreadful negotiation. People need reassurance, that can only come from the UK Government, that they will be kept safe. It speaks volumes that reassurance is not forthcoming.

"From Scotland's perspective, we'll do all we can, but it is clear Scotland's place in Europe has never been more important."

The UK Government has refused to guarantee the rights of EU nationals in Britain now or once Article 50 has been invoked, finalising the UK’s cessation as an EU member state.

Prime Minister Theresa May has consistently argued she could not guarantee rights for EU nationals without securing reciprocal guarantees for UK nationals living in the EU.

Analysis by the Social Markey Foundation said that of the 3.6 million EU citizens currently living in the UK, more than 80 per cent would have been here for five years and thereby automatically retain the right to reside.

However, the report, called 'Here to stay? Residency and EU migrants after the referendum’, also stated that by 2019 up to 20 per cent would still not meet the UK Government's requirements enabling them to stay post Brexit negotiations.

"Our analysis suggests that, while the majority have or will acquire permanent residence, the right to remain in the UK of almost 600,000 people may be at risk if the UK leaves the EU in 2019."

The SMF report also featured a breakdown of where the EU nationals living in the UK come from originally.

The largest group of 1,66 million people come from the so-called EU14, those nations that were part of the EU before 2004, followed by 1.5 million from the eight Eastern European nations that joined 12 years ago, and 370,000 from Bulgaria and Romania.

"Human beings are not bargaining chips in a dreadful negotiation. People need reassurance, that can only come from the UK Government, that they will be kept safe." Alyn Smith

Mian added: “These are the first steps in providing greater clarity on the negotiations to come with these countries and the EU as a whole. The government should now provide its own analysis and articulate a plan for starting discussions.

"Until it does, EU residents living in the UK, the businesses which employ them and the communities in which they live, are subject to uncertainty which will become more worrying as time goes on."

Theresa May met with Polish Prime Minister Beata Szydlo in Warsaw after meeting Slovakian prime minister Robert Fico last week. In Poland, on the latest visit of her post-Brexit tour of EU leaders, May said she valued Poles' contribution to the UK, yet still gave no cast iron guarantee.

According to official figures, there are more than 850,000 Polish citizens in the UK, which is the largest group of EU nationals by far. Szydlo, after the meeting in Warsaw, said she would look forward to setting up "further bilateral meetings" on the subject.