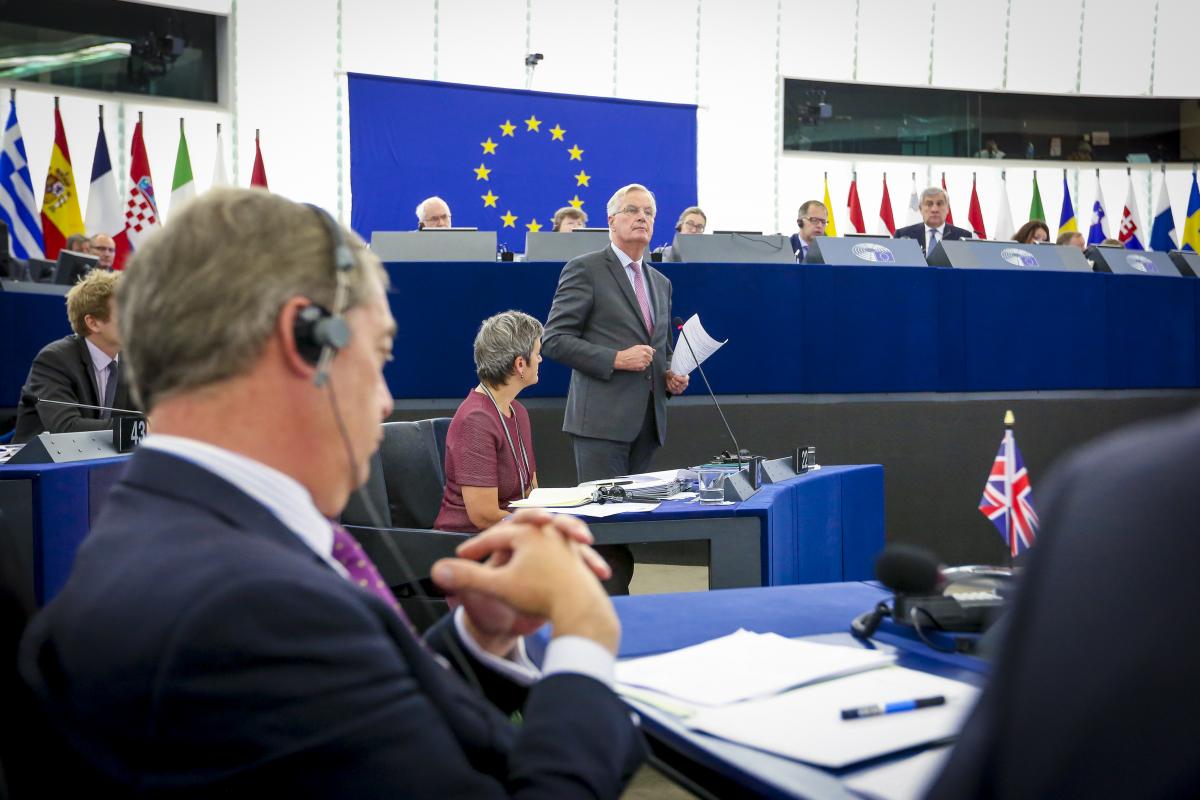 MEMBERS OF the European Parliament have insisted that prior to any future trade talks taking place Britain must first table specific proposals on three major issues: safeguarding the rights of EU and UK citizens; honouring the UK’s financial obligations to the EU; and, finding a resolution to the Irish border issue in full compliance with the Good Friday Agreement.

The resolution – which was passed on Tuesday by 557 votes in favour, to just 92 against and 29 abstentions – also accused the UK Government of “seriously impeding” the negotiations by failing to provide clarity.

This comes as a blow to Prime Minister Theresa May who had initially wanted bilateral talks allowing for trade deals to be negotiated at the same time as the divorce bill.

In his opening remarks during Tuesday’s debate, European Commission President, Jean-Claude Junker said: “When it comes to Brexit, we still cannot talk about the future with any real clarity.

“We need to agree on the terms of the divorce and then we see if we can half-lovingly find each other again.” European Commission President, Jean-Claude Junker

“This is because a condition of Article 50 and the mandate given to us by the leaders of the EU27 are very clear: we first need to agree on the terms of the divorce and then we see if we can half-lovingly find each other again.”

The European Parliament’s Brexit coordinator, Guy Verhofstadt, told MEPs: “There has not been sufficient progress made. Especially with regard to citizen’s rights, we are very worried.”

He reaffirmed that the EU’s proposal would be to allow all citizens in the UK to retain the rights they currently have, and likewise for UK citizens in the EU, adding “I even ask myself, why are we still discussing this? This could and should be concluded immediately.”

Alyn Smith, SNP MEP, joined many MEPs in criticising the UK Government stating: “The idea that Theresa May leads a united government is a risible proposition.” He went on to suggest that the Conservative party were fighting among themselves “like ferrets in a sack.”

.@AlynSmithMEP "The idea that Theresa May leads a united government is a risible proposition" in @Europarl_EN #Brexit debate. pic.twitter.com/IQV5OZOTb1

The next EU Summit will take place in Brussels on the 20 October, but unless there is a “major breakthrough” the Brexit negotiations will not move onto the second phase – discussing future trade deals. While the resolution is not binding, MEPs will have a say on whether or not the final Brexit agreement is passed.