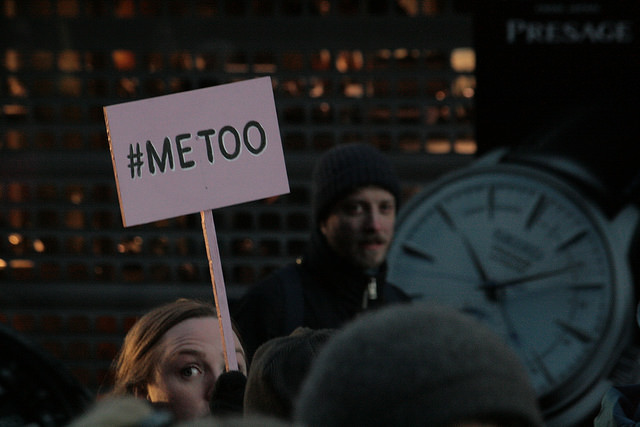 UK CHARITY the Mental Health Foundation has published guidance ahead of International Women’s Day to help survivors of sexual violence or abuse to manage distress which may be caused by continued exposure to media coverage of the issue in recent months.

While the increase in awareness has been welcomed by support services and organisations working to end sexual violence and abuse, concerns have been raised that people may be “re-traumatised” by the volume and regularity of coverage in the media and social media.

In the wake of the #MeToo movement and the surrounding media coverage of high profile cases of sexual harassment and assault, from Hollywood to Holyrood and Westminster, Rape Crisis Scotland reported a 60 per cent increase in calls at the end of 2017 compared to the previous year.

“Being surrounded by constant reports of sexual violence can be re-traumatising for survivors.” Dr Amy Pollard, Mental Health Foundation

Since then, a further wave of revelations has emerged regarding abuse within the international aid sector, drawing continued attention to the issue.

New guidance from the Mental Health Foundation encourages those distressed by the exposure to employ a number of self-care techniques – from taking a breath, to writing down thoughts and feelings, to unfollowing accounts on Twitter or Facebook which may be upsetting, to talking to a friend, family member or support service like Rape Crisis.

Dr Amy Pollard from the Mental Health Foundation said: “The recent scandals and the growing #MeToo movement have been an important moment for women to raise their voices against sexual violence and harassment.

“But it can bring up a range of conflicting feelings for those who have experienced sexual violence themselves. Being surrounded by constant reports of sexual violence can be re-traumatising for survivors, especially if they feel the coverage is something they can’t escape from.”

Pollard said it was difficult to know how many survivors were affected in this way, but that the organisation believes there are many people who could be at risk. “Many may have never disclosed their experiences,” she added.

However, she said: “There are positive things people can do to protect their mental health from repeated trauma. That is why we have published these guidelines following consultation with experts on managing trauma from sexual violence.”

Speaking to CommonSpace following the launch of the guidance, chief executive of Rape Crisis Scotland Sandy Brindley said: “There is no doubt that #MeToo and other developments over the last five months have resulted in a lot of coverage of sexual violence across the media.

“We have seen a significant increase in calls to our helpline, with 60 per cent more calls at the end of 2017 compared to the previous year. Local rape crisis centres across Scotland are also seeing unprecedented demand on their services, with some centres being forced to operate significant waiting lists.

“While increased awareness of sexual violence is to be welcomed, exposure to news stories on sexual violence can be difficult for survivors, triggering thoughts and feelings that can be hard to cope with.

“The Rape Crisis Scotland helpline is here to offer support to anyone affected by sexual violence, and is open every night from 6pm till midnight on 08088 01 03 02.”

Rape Crisis in England and Wales, who were consulted in the development of the guidance, have also experienced a surge in calls in recent months.

Katie Russell, a spokesperson for the organisation explained: “We routinely see marked spikes in contact from victims and survivors of child sexual abuse, rape and all forms of sexual violence when these topics are high profile in the news or featured in the storylines of popular dramas.

“Media, journalists and editors have a responsibility to ensure their reporting does not re-traumatise survivors.” Lydia House, Zero Tolerance

“Survivors frequently tell us about the triggering impact this kind of content can have, and we regularly ask media to be mindful of the very many survivors who will always inevitably be among any given audience, because of the huge prevalence of sexual violence.”

Zero Tolerance, a feminist organisation in Scotland which campaigns to end violence against women, told CommonSpace that those working in the media could take steps to ensure that their coverage minimises any potentially negative impacts on readers.

Lydia House, media and events officer for Zero Tolerance said: “While it is encouraging to see violence against women discussed more widely in the media, journalists and editors have a responsibility to ensure their reporting does not re-traumatise survivors of sexual violence.

“There are some simple, concrete steps journalists and editors could take to improve coverage, for example including relevant helplines in the reporting, giving content warnings about potentially upsetting stories and ensuring that headlines do not trivialise or downplay men’s violence.

“Our guidelines for journalists give more detail on how to do this and journalists should always feel free to contact us or other women’s organisations for advice. With the right approach, the media can make a positive contribution to ending society’s still too high tolerance of violence and abuse, without further disadvantaging survivors.”

The full guidance for survivors from the Mental Health Foundation can be found here. Although this has been launched for International Women’s Day, the guidance is intended to be used by people of any gender, as is the Rape Crisis helpline on 08088 01 03 02.