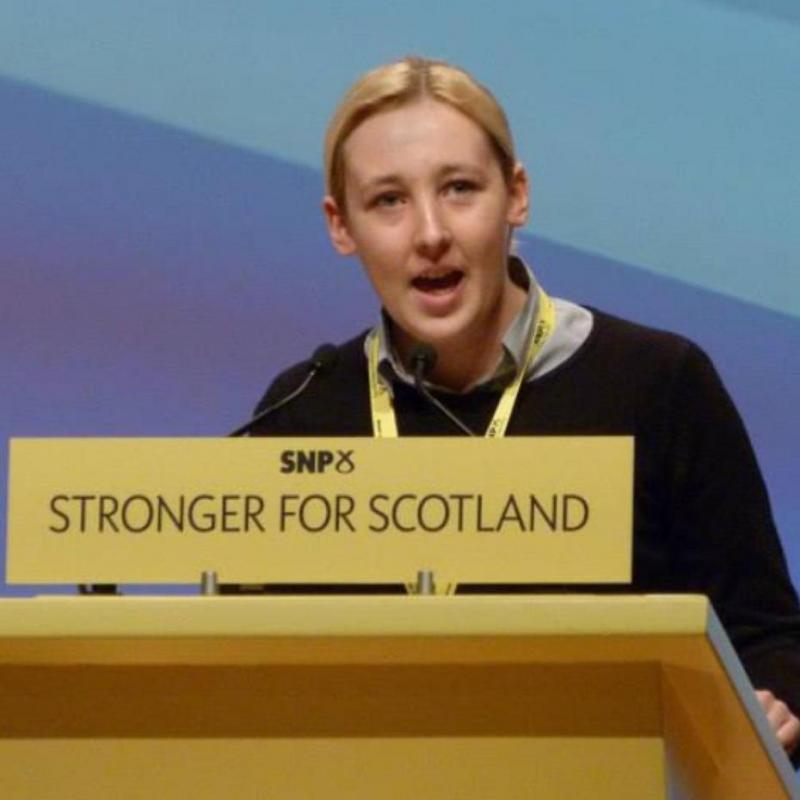 THE maiden speech by Mhairi Black, SNP MP for Paisley, has been viewed online by around 10.7 million internet users.

The 20-year-old-MP, one of 56 SNP MPs to take up their seats in the House of Commons since the May General Election, focused her speech on poverty and austerity.

During the maiden speech, which is a traditional oration made by all new MPs, Black recalled the poverty experienced by one of her constituents, and lambasted the chancellor and the Conservative government over austerity measures.

“The chancellor spoke in his Budget speech about fixing the roof while the sun is shining, but who is the sun shining on?” She said.

She went on to complain that “Renfrewshire has the third highest use of food banks, and food bank use is going up and up. Food banks are not part of the welfare state–they are a symbol that the welfare state is failing”.

Angus Robertson, the leader of the SNP’s Westminster parliamentary group commented in The Herald : “The House of Commons listened in silence to its youngest member remind us all why we are sitting in our place and those we were elected to speak for – it is of no surprise that this message had resonance far beyond the walls of Westminster.”