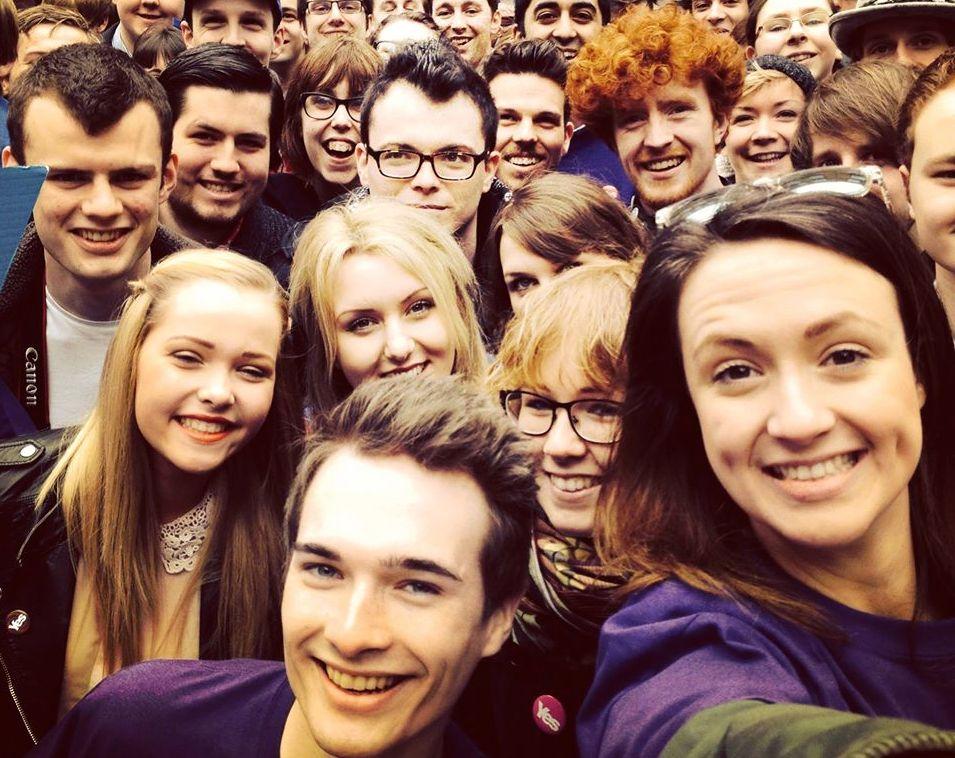 SCOTLAND’S youngest ever MP, Mhairi Black, has called on young people to take advantage of the reduced voting age for next May’s Scottish election.

Marking International Youth Day, Black said that the opportunity to register to vote – that now applies to everyone aged 16 by 5 May 2016 – can continue the increase in youth politics generated by the independence referendum.

A study of 800 16 and 17 year olds, conducted by Edinburgh University, found 66 per cent of Scottish respondents would have been “very likely” to vote in the recent General Election. Only 39 per cent of teenagers in the rest of the UK said they would have voted.

“It is very fitting that we are marking International Youth Day shortly after Scotland became only the second country in the EU to lower the voting age to 16 for national elections,” said Black.

“Lowering the voting age sends a strong message to young people in Scotland: we believe that your opinion does matter, your voice should be heard and your vote will influence the future of our country.”

Black’s maiden speech in parliament , in which she criticised the UK Government for cutting housing support for those under 21, was a viral hit and was watched over 10 million times online.

Calling on young people to take a lead in campaigning for peace and social justice, he said : “I applaud the millions of young people who are protesting for rights and participation, addressing staggering levels of youth unemployment, raising their voices against injustice, and advocating global action for people and the planet.

“In this landmark year, as leaders prepare to adopt a bold new vision for sustainable development, the engagement of youth is more valuable than ever. At this critical moment in history, I call on young people to demand and foster the dramatic progress so urgently needed in our world.”

In Scotland the Electoral Commission has launched a young voter registration drive.

Those aged 16 by 5 May can register to vote online .