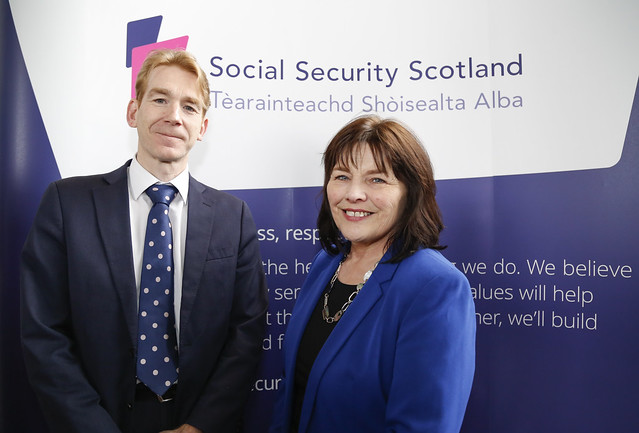 MIchael McEwan, CS columnist and chairperson of his local disability group, says the devolution of social security powers to Scotland is an opportunity for real change that can’t be missed

SCOTLAND now has a newly formed Social Security Agency. The Scottish Act 2016 transferred new social security powers to the Scottish Parliament, allowing Scottish ministers to develop new policies on benefits, which – we all hope – will work to tackle poverty in Scotland.

In 2018 the Social Security (Scotland) Act was established to set a framework for the new system, and devolve 11 existing benefits to Scotland.

The agency is headquartered in Dundee with 750 staff, a further 750 in the second major base in Glasgow, and 400 people located in communities across Scotland delivering face to face support to those who needs it.

The agency has created a charter, it’s purpose is to set out what people should expect from the social security system it will administer.  It explains in clear terms how they will uphold the principles set out in the Act, taking a human rights based approach, to demonstrate dignity, fairness and respect. The charter was created with people and not just for them.

A cross section of people from different backgrounds were invited to participate in the development of the charter, to help design different parts of the agency, to share their involvement in existing benefits systems and to help improve and enhance the new system.

Disability organisations are looking to see fairness and equality applied to the new social security system, and they have had a valuable input into developing this system.

Currently, the only benefits that are live at the moment are Carer’s Allowance Supplement (which will eventually become part of Carer’s Assistance) and Best Start Grant, which has three tiers: pregnancy and baby payment, early years payment and the school age payment.

As we progress into this year, we will have full Best Start Grant, funeral expense assistance and Young Carers Grant by the end of the year.

The recently announced Scottish Child Payment for low incomes families, with delivery for children under six, will be introduced early 2021, and full roll out for under 16s by the end of 2020.

The Scottish Parliament is also working with the Department for Work and Pensions to introduce more flexible ways which universal credit is paid, so there are a lot of positive developments underway.

These benefits will support people on low incomes, disabled people carers, young people entering the workplace and help for people to heat their home.

With the onset of these devolved benefits comes a progressive start to tackling some terrible statistics to date in Scotland, such as one in four families living well below the breadline, and two in five children in poverty having a reported disability or ill health in the family, with many of these children having no parents in work.

I’ve spoken with a number of disability organisations who believe that so far Social Security Scotland is a positive way forward to develop existing UK benefits system to meet the individual needs of Scottish people and support social and economic change.

This new system will and has to be better than the current UK model, as it faces an uphill struggle to tackle widespread poverty and inequality across many regions in Scotland, as a system user myself I am hopeful of real change in future.