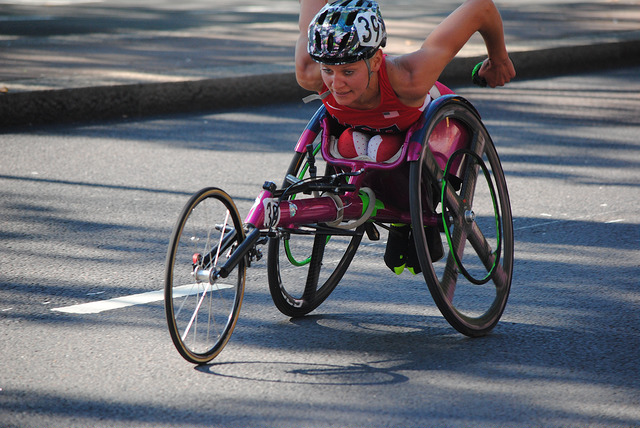 IT’S been a busy year for disability news. First of all, I would like to say well done to Team Scotland at this summer’s Paralympic Games in Rio.

2016 was a record year for Team GB, with the haul of 17 medals, six more than four years ago. Aside from the sporting achievements, the games are an excellent platform for disability sport and showcase that people with a disability can compete in sport.

Paralympians have become roles models not just in sport, but in society, though disabled athletes aren’t just in para sports, but everyday people from all ages and walks of life. They may be your neighbour, classmate, co-worker, whether training for competitions, or just for fitness or fun.

I watched the games live on the TV – well done to Channel 4 for following every singles throw, jump, race and basket and more. The channel was committed to broadcasting 165 hours of sport over the course of 11 days, hosted by the largest number of disabled presenters ever seen on UK television, with viewers able to access to over 600 hours of coverage.

Scotland’s Gordon Reid won Paralympics in the Wheelchair Tennis Singles final, as well as the doubles final. On the road to Rio he made sporting history by winning the first ever Wheelchair Singles Final at Wimbledon and also the Australian Open title.

He follows in the footsteps of Scotland’s own Andy Murray who took Wimbledon glory for a second time this year, and just recently became a treble winner of BBC Sports Personality 2016.

This year saw the second hate crime week in Scotland, but what is a hate crime?

On the road to Rio he made sporting history by winning the first ever Wheelchair Singles Final at Wimbledon and also the Australian Open title.

The Scottish Government defines hate crime as crime committed against a person or property that is motivated by malice or ill will towards an identifiable social group.

It is likely that you are a victim of a hate crime if you believe that someone has targeted you because of their prejudice against an aspect of your identity.

Here in Scotland, the law recognises hate as crimes motivated by prejudice based on race, religion, sexual orientation, transgender identity and disability.

Hate crime week takes place in October, and there were so many highlights for me that month, including my birthday! It was the Scottish Health Arts and Film Festival, one of Scotland’s most diverse cultural events, covering everything from music, film and visual arts to theatre, dance and literature.

2016 has been an inspirational, diverse year for disability events, and I look forward to all that 2017 will bring.

This festival runs across different parts of Scotland, engaging with artists, connecting with communities and forming collaborations. The festival celebrates the artistic achievements of people with experience of mental health issues, exploring the relationship between creativity and the mind, and promoting positive mental health and wellbeing.

The aims of this event are to. challenge perceptions, make connections, develop audiences, encourage participation and create.

2016 has been an inspirational, diverse year for disability events, and I look forward to all that 2017 will bring.