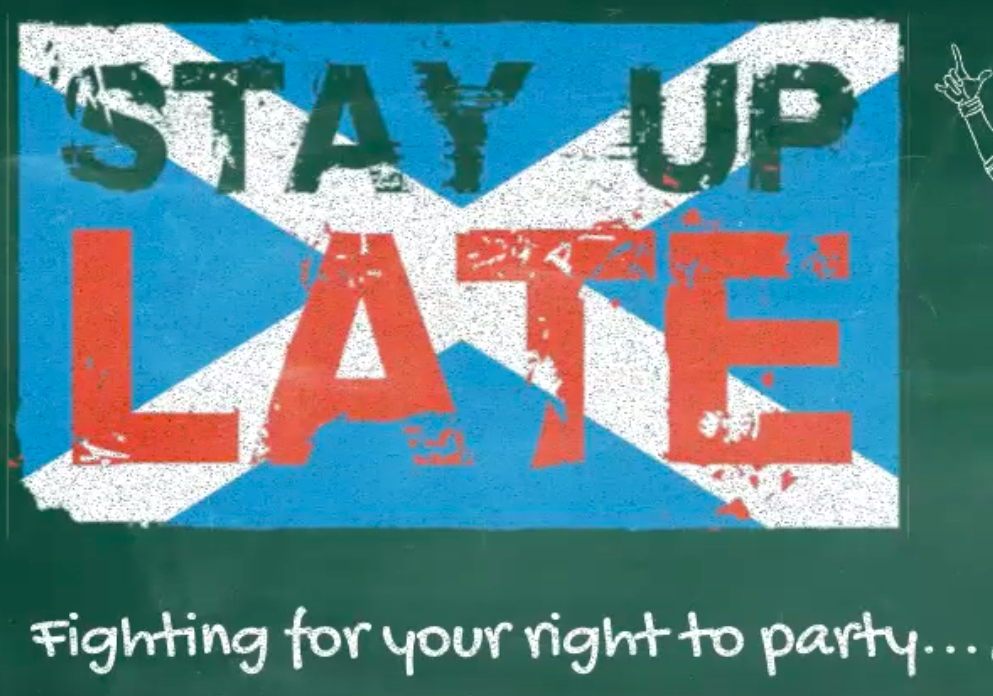 Michael McEwan, CommonSpace columnist and chairperson of his local disability group, explains the thinking behind Stay Up Late Scotland, a campaign to promote full active social lives for people with learning disabilities, and why they’ve started a Gig Buddies project

THERE is a new campaign here in Scotland, which has been running in rest of UK for a few years.

It’s called Stay Up Late, to promote full active social lives for people with learning disabilities, as we don’t think living life to the full stops at 9pm.

We all love going out to see bands, clubbing or just out with friends. However, many people with learning disabilities may need support to do this.  We have found that many people aren’t able to lead a full and active social life, as their support workers finish at 10 pm so a night out is cut short after 9pm.

Here in Scotland, Stay Up Late is a loose collective of people and organisations who support the campaign, organise events and activity on a national level.  We have had two gigs so far, they have been very busy and we are getting good positive feedback on the campaign.

One project to come out of the campaign is Gig Buddies, whose vision is for people with a learning disability to envisage a night out without limitations,  and choose how they live their lives. They match people who share similar interests so they can get out to live events which they both have a passion for.

Gig Buddies was founded in 2013, originally based in Brighton, and has expanded all the way to Sydney, Australia, in Midlothian, Edinburgh and soon coming to Glasgow.

Gig Buddies volunteers are PVG Disclosure Scotland cleared and have training relevant to the person they are supporting. Anyone can be a gig buddy as long as you are aged 16+ and able to commit to supporting someone at least once a month.  And you don’t need to have experience in supporting roles.  Additional supporting and funding is provided by Thera Trust, a group of companies who provide support for people with learning disabilities across England and here in Scotland.

If you wish to find out more just look for Gig buddies on Facebook and also stay up late on Facebook or just email stayuplatescotland@gmail.com.