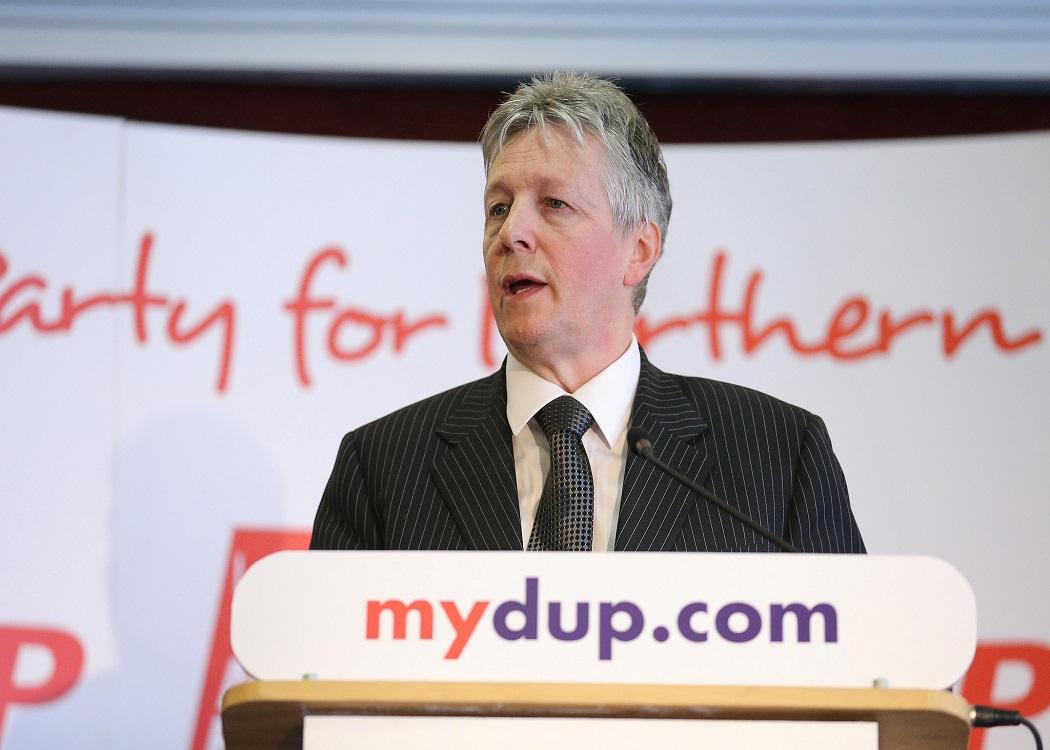 The DUP could play a role after the General Election in propping up a possible Tory government, despite the party’s Westminster leader recently criticising the Tories strongly over their treatment of Scotland and the SNP. Mick Fealty, editor of the popular Northern Ireland politics website Slugger O’Toole, outlines the DUP’s position on the political landscape, and what the party may be looking for post-election

WHO would have thought that the Scottish independence referendum would have such an effect on the rest of the United Kingdom?

By cutting the two old centrist parties of Labour and Conservative down, the possibility for the expression of regional power has been brought forward for the first time since the days of Parnell’s Irish Parliamentary Party.

One unintended consequence of the possible tight arithmetic of a hung parliament has been the emergence of the Democratic Unionist Party (DUP) as a potential player in any post-election settlement.

It’s something the DUP has been planning for some time.

It launched its Northern Ireland Plan which, while short on detail, was its first attempt to frame the ‘Northern Ireland can be players too’ narrative around this election.

In contrast to Scotland, the campaign in Northern Ireland has been rather dull. Seats are being fought over one by one rather than with a single unified theme.

In the case of the DUP, while its campaign for power has made people take it more seriously, it has also helped surface concerns about the the fitness of some of the more fundamentalist members representing Northern Ireland as whole.

The panic within the party when its still-serving health minister made some pretty dark and ill-educated remarks deriding gay families (click here to read more) was evidenced in Jim Wells’ summary, if post-dated, sacking from his ministerial post at Stormont.

It is now, and always has been, a coalition of interests and backgrounds, and one that has always encompassed both the secular and the deeply religious.

DUP leader Peter Robinson is technocratic and aloof, but much of his work has been focused on modernising the party and preparing it on different fronts.

One of the DUP’s co-founders, the late Desmond Boal – himself deeply secular in outlook – once quipped that the party was to the right on constitutional issues, but to the left on social matters.

That represents an uneasy tension within the party which continues to this day. The current leader, Peter Robinson, is technocratic and aloof, but much of his work has been focused on modernising the party and preparing it on different fronts.

The designation of Nigel Dodds as the leader of the DUP group in Westminster arises from a shared understanding at leadership level that sending second class representatives to London was one of the key weaknesses of the old pre-Troubles Unionist party.

Dodds is far from a backwoodsman. Educated at Portora, the same school as Irish playwright Samuel Beckett, he also has a first degree in law from Cambridge University. What he lacks in charisma he makes up for in acumen.

His recent piece for the Guardian (click here to read more) rebuking the Tories for their attacks on the legitimatacy for Scottish MPs to vote on any matter at Westminster belies a constitutional literacy rarely in evidence in much of the Westminster and London press.

With a multi generational experience of having and then not having regional power, the DUP prefers to have it and even, if it can, monopolise it.

He has been keen to play down the sense that his party might use its influence in a future hung parliament: “We would not seek to exploit for narrow and selfish reasons any leverage at Westminster over devolved matters.”

Indeed, in its Northern Ireland Plan, the party points out that there is plenty of scope not simply for developing common cross community actions within Northern Ireland, but across the devolved regions and nations in strengthening their hands in dealing with Whitehall.

There is no mention of any gay marriage, conscience clauses or any of the other issues which tend to attract the negative attention of the local press.

Devolution in Northern Ireland has been around for nearly 100 years. Its return after a 40-year absence in the shape of the Northern Ireland Assembly has had a salutary effect on the DUP in particular.

With a multi generational experience of having and then not having regional power, the DUP prefers to have it and even, if it can, monopolise it.

When asked recently if, as a committed Unionist, Dodds could contemplate sharing power with a separatist party like the SNP, he laughed and pointed to the fact that the DUP has been umbilically tied to Sinn Fein, its arch enemy of the last 40 years, for much of the last 10.