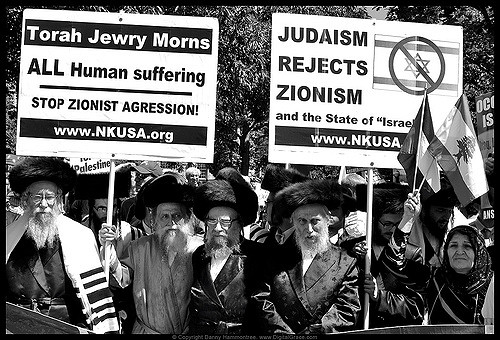 Scottish Palestine Solidarity Campaign activist Mick Napier responds to an article on CommonSpace by Paul Spicker about anti-semitism in Scotland. Napier rejects the charge of anti-semitism within SPSC, and argues that the conflation of Zionism with Judaism reinforces the Israeli state’s “racist axiom” premised on the idea that Jews cannot live safely among non-Jews

IN ‘Antisemitism – if you think this article is about Israel, think again’, Paul Spicker mentions ‘Israel’ or ‘Israeli’ seventeen times, the same number of occurrences as ‘antisemitic’ or ‘antisemitism’, the topic he claims he wants us to see as unconnected with Israel. The article is clearly about Israel; it smears opponents of Israel as antisemitic and absolves Scottish Zionist campaigners from responsibility for the discomfort of many Jews at being associated collectively with the State of Israel.

Paul Spicker makes the Scottish link between antisemitism and the crisis in Israel/Palestine by means of alleged antisemitic beliefs of supporters of Palestinian freedom and by events in the Middle East “translating anti-Israeli sentiment into anti-Semitic sentiment”.

Antisemitism, i.e. hostility to Jews for self-identifying as Jews, is distressing for anyone on the receiving end. If Jews say they are reluctant to wear a kippa, that needs to be tackled, Scottish Jews supported and racists who demean Jewishness called out.

We agree with Spicker that “there is a problem of antisemitism in Scotland, even if it’s not a major one”.  To put this in perspective, refugees are being stabbed in Scotland, black British citizens told to leave the UK, others are denied health care, and London police report escalating levels of Islamophobic abuse.

Melanie Phillips, however, defender of every Israeli State action, dismisses the term ‘Islamophobia’ as a threat to free speech, i.e. to her effusions in the Spectator, Daily Mail, BBC and Murdoch’s Times attacking the Muslim religion tout court.

READ MORE: Paul Spicker: Antisemitism – If you think this article is about Israel, think again

Far too relaxed about someone drawing a swastika on a synagogue, Spicker promotes false claims by David Collier that the Scottish Palestine Solidarity Campaign is riddled with antisemites and Holocaust deniers. Collier, however, failed to find a single antisemitic phrase in SPSC writings or by any spokesperson on radio or TV over two decades.

On the other hand, our staunch opposition to marginal figures trying to import antisemitism into the Palestine solidarity movement is consistent; we insist that the Scottish Jewish community are not responsible for the actions of the State of Israel. Those Scots who campaign alongside the Israeli Government are almost exclusively Christian fundamentalists, such as Nigel Goodrich leading COFIS and Ruth Kennedy, Director of the Centre for Scotland-Israel Relations; these Friends of Israeli apartheid no more represent Scottish Christians than their comrades represent Scottish Jews.

Spicker claims a correlation between anti-Israel politics and antisemitism but he is aware of the compatibility between hostility towards Jews as Jews and enthusiasm for the State of Israel. He knows that antisemites often find common ground with Zionist leaders who wish all Jews to leave Europe for Israel/Palestine. The same political logic led the Ku Klux Klan in the USA to declare support for Marcus Garvey’s mass ‘Back to Africa’ movement.

Opposition to Zionism is driven by the catastrophe inflicted on the Palestinians and also by Zionism’s racist axiom that Jewish populations cannot safely live, and should not live among non-Jewish populations. Zionism accepted European antisemitic scapegoating and urged Jews to become real Europeans outside Europe, by carrying into Palestine the genocidal pestilence of European settler-colonialism.

Spicker knows that ideologues justify Zionism by blending, in varying proportions, European antisemitism with the supposedly pathological nature of diaspora Jews that can only be negated by a Jewish state.  Zionists used language indistinguishable from the worst antisemites and agreed not to oppose but to ally with antisemites.

Criticising the IHRA definition, Hugh Tomlinson QC notes the reasonableness of the observation that “because non-Jewish Israelis and non-Jews under its jurisdiction are discriminated against, the State of Israel is currently a racist endeavour”.

Not only racist – Israel is categorised as an apartheid State by academic analysts and human rights observers. A state operating Jewish-only roads and communities, restricting most of its land surface for Jewish citizens only, operating parallel legal systems for Jews and Palestinians is a racist state or the word has no meaning.

Spicker gets into strange territory when arguing that it is illegitimate to condemn Israel as a self-styled ‘Jewish State’ because, he thinks, we should object to a similar condemnation of “Islamic republics of Pakistan and Iran” which identifies them as Islamic republics rather than criticising specific state policies.

This effort to protect a state based on Jewish legal, political, economic and educational privilege is strained. One can oppose any state based on a religious identity or which privileges one religious group over others. A democratic audit, for example, can evaluate the theory and practice that created the State of Pakistan as a disaster for the subcontinent.

The problem is that Israel doesn’t identify as a Jewish state but as the Jewish State, the representative of Jewish citizens worldwide, not a state of its current citizens enjoying political and legal equality. Promoters of the IHRA ‘definition’ oppose calling for Israel to evolve into a state of all its citizens rather than of all the Jews of the world.

I have spent five of the last nine years with others defeating charges of criminal racism. The case against five SPSC members in Edinburgh rested solely on the agreed fact that we had said, “End the Siege of Gaza! Genocide in Gaza” in a public place. The Edinburgh Procurator Fiscal unsuccessfully asked the Sheriff to rule that saying those words in any public place should be a crime.

A Glasgow Fiscal trumped even this, claiming it was racist to condemn Israel’s killing of over 2,200 Palestinians, while the bodies of many of the 550 child victims were clogging up ice cream refrigerators in Gaza. The Fiscal claimed the two accused were not criticising massacres of Palestinians as they claimed, but were alluding to a Medieval Christian libel that Jews kidnapped Christian children to use their blood in religious rituals. The claim made in a 21st Century Scottish courtroom had the double value of removing Palestinians from the discussion while labelling their supporters as ‘antisemites’.

The racism charges were defeated in Edinburgh and Glasgow; a 2017 conviction for racism against someone who said “Viva Palestina!” within earshot of an Israeli in Aberdeen was overturned on appeal.

READ MORE – ‘Clashes’, ‘Dozens die’ – Why is BBC reporting not clear about who the killers and killed were in Gaza massacre?

A Spicker full disclosure would shed light on this conversation. He is a Council Member for SCoJeC (Scottish Council of Jewish Communities), which works with the Israeli Embassy to counter pro-Palestine solidarity, especially BDS campaigning in Scotland.

SCoJeC has a record of making unfounded allegations of antisemitism and, caught in flagrante, had to pulp 6,000 copies of a 2008 publication that claimed Scottish Palestine Solidarity Campaign “demonised Jews”.

John Mann MP, a stalwart of Labour Friends of Israel, cries whole packs of wolves. He testified in a case against the University and College Union that a prestigious bench of judges dismissed in 2013 as “an impermissible attempt to achieve a political end by litigious means”, a case which showed a “worrying disregard for pluralism, tolerance and freedom of expression”. The judges slammed Mann for his arrogance and ‘glib’ testimony in the witness box where he was unable under cross-examination to define the antisemitism he claimed to be fighting. The judges’ criticism of Mann’s efforts could be directed at Spicker: “When it came to anti-Semitism in the context of debate about the Middle East, he announced, ‘It’s clear to me where the line is…’ but unfortunately eschewed the opportunity to locate it for us”.

Preposterous allegations of antisemitism include COFIS leader Nigel Goodrich, who alleged on Christian TV that Edinburgh University allows academic staff to fail students’ course work because they are Jewish. The 2017 Church of Scotland General Assembly heard Michael Stewart of St Andrews invent a mob of Palestine supporters screaming “Death to the Jews” on Edinburgh’s Princes Street while police looked on.

Criminal charges and preposterous allegations of antisemitism form part of a wider international effort by pro-Israel lobbies to rollback support for the Palestinian call for BDS (Boycott, Divestment and Sanctions). A bill proceeding through the US Congress proposes one million dollar fines and 20-year jail sentences for BDS campaigners. Israel/Palestine is an important free speech issue in many jurisdictions; support for war or colonial projects abroad inevitably generates attacks on freedom of speech at home.

READ MORE – Ex-NUS President: Murdo Fraser is a hypocrite on anti-semitism and bigotry

Leap forward a century and we see a rise of the far right across Europe, again scapegoating Jews for the ills of a capitalist society in crisis. The Israeli Prime Minister welcomes such antisemites as long as they are pro-Israel. In Hungary, for example, Netanyahu ignored warnings from Budapest’s Jewish community to politically embrace Prime Minister Viktor Orbán in the midst of a Government antisemitic campaign targeting George Soros. Orbán praises Miklós Horthy, head of the WWII Nazi collaborationist regime that sent half a million Hungarian Jews to death camps, as an “exceptional statesman” who saved the Hungarian nation. Minister János Lázár, calls Hórthy “a great Hungarian patriot”.

The pro-Israel lobbies work consciously to implicate all Jews in the crimes of the state of Israel. Using tactics out of operations manuals of totalitarian regimes, the Zionist movement’s public figures insist (though the very stridence of the claim belies it) that Jewish supporters of Palestinian rights are a miniscule and insignificant minority, not so much political opponents as unhealthy individuals suffering from a pathology of ‘self hatred’.

“The pro-Israel lobbies work consciously to implicate all Jews in the crimes of the state of Israel.” Mick Napier

To the extent that this effort succeeds in deterring individuals inside Jewish communities from criticising Israel it makes it more likely that some of the general public will swallow the Zionist mantra that all Jews are supporters of the genocidal violence of the State of Israel. For the naïve and ill-informed, blaming Jews as a collective is a likely outcome.

SPSC, attacked by SCoJeC and other pro-Israel groups in Scotland as ‘antisemitic’, works to prevent conflation of Jewishness and Zionism, seen as support for the crimes of the State of Israel. It is the general public – the millions that campaigns with limited resources cannot influence – who need to see and feel the distinction that SPSC insists upon but which pro-Israel ideologues work to obliterate.

The millions who opposed British foreign aggression marched with placards reading ‘Not in My Name’ to distance UK citizens from the crimes of the Blair government. We didn’t write articles reprimanding Iraqi or Afghan survivors of slaughtered families who expressed hatred for all things British; we blamed the war criminal Tony Blair who sowed the dragons’ teeth.

Why doesn’t Spicker support Palestinian human rights and work to distance Scottish Jews from the crimes of an Israeli Government which insists it acts in his name? Why does he attack those who oppose Israeli apartheid and mass murder, and who also oppose the conflation of Jewishness and Zionism that is the goal of the pro-Israel lobby of which he is a part?