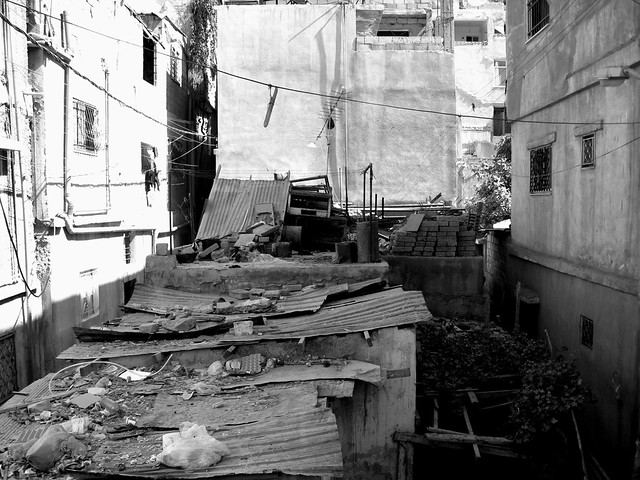 Mick Napier of the Scottish Palestine Solidarity Campaign argues that the Scottish Refugee Council’s decision to partner with the Scottish Council of Jewish Communities, which he argues actively co-operates with and supports the Israeli Government, does all refugees a disservice

THE Scottish Refugee Council’s statement of vision and aims states that it is committed to “campaign and advocate for the rights of refugees” and to “working in partnership where that will benefit refugees”.

The Scottish Council of Jewish Communities (SCoJeC) are offering performances of contemporary dance for the SRC’s Refugee Festival 2019, which runs from 20-30 June. Come as You Are #Berlin is a collaboration between an Israeli émigré director in Germany and Syrian refugees.

The problem is not the performances but SCoJeC’s daring use of a refugee festival to whitewash its active cooperation with a government that is killing hundreds of Palestinian refugees and deliberately maiming thousands. SCoJeC works with partners who support the carnage and shares with them a record of recklessly or foolishly attacking supporters of Palestinian refugee rights as racists.

SCoJeC is an affiliate of the UK Board of Deputies of British Jews, which describes itself as a “pro-Israel organisation”. The Board usually defends, sometimes remains silent, but never criticises any of Israel’s crimes against Palestinian refugees, even those condemned by Amnesty as war crimes and crimes against humanity.

Notable among SCoJeC’s partners at these events is COFIS (the Confederation of Friends of Israel in Scotland), who routinely describe Palestinian refugees as ”millions of fake ‘refugees’”, discuss the “euthanising” of Palestinians and laud every attack on them as justified.

Amnesty International has endorsed the February 2019 report from UN Human Rights Council which found that Israeli snipers are killing Palestinian children – refugees – “knowing them to be children” when they demonstrate for their right to return.

Palestinian refugees are the world’s longest running refugee crisis and the Palestinian people – in their great majority – are refugees who are still denied the right to return that was made a precondition for Israel’s admission to the UN in 1949.

The chief prosecutor of the ICC, Fatou Bensouda, has threatened Israel with charges for war crimes and crimes against humanity for the grisly work of the snipers.

SCoJeC/BoD is “a pro-Israel organisation” that works with the Israeli Embassy and other pro-Israel groups in Scotland to defend the mass killings of refugees (Palestinians) and to oppose their legally enshrined rights.

It is difficult to see how SCoJeC’s partnering with the Scottish Refugee Council can be squared with the SRC’s stated vision and aims.