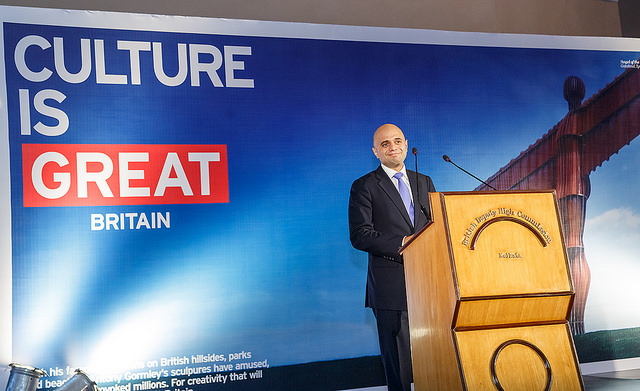 MIGRANT RIGHTS campaigners have said that the UK Government’s three-month suspension of some parts of the hostile environment immigration policy does not go nearly far enough.

“This policy has been proven to be very damaging and hostile. The government can see this from Windrush, but this is only one example – they need to wake up to this and suspend the whole policy,” director of Migrant Voice Nazek Ramadan told CommonSpace.

Home secretary Sajid Javid confirmed on Wednesday night that he had paused a policy of “pro-active data sharing” between HMRC, the DWP, the DVLA and the Home Office on data sharing over 30 years old, for a period of three months.

The move aims to protect people from the Windrush generation ­- who came to the UK from Commonwealth countries decades ago and were given the right to remain indefinitely – from being “erroneously impacted” by the government’s immigration policy.

Javid said that he had also asked officials to consider the best ways to evaluate the policy to ensure “it is effective, and that there is no adverse impact on individuals who have a right to be here and to access those services”.

However, migrant rights advocates feel the brief pause fails to take into account the impact of the policy on all groups of migrants and the wider community.

A spokesperson for the Unity Centre, which provides support, advice and solidarity to asylum seekers and other migrants in Scotland, said: “From our perspective the entire hostile environment is an incredibly cruel and racist policy.

“The fact that parts of this will be paused while the government clears up a PR mess doesn’t mean very much.”

The government has rebranded its policy on undocumented immigrants as “the compliant environment”, following significant negative coverage in recent months around the “hostile environment” – a term coined by Prime Minister Theresa May when she was home secretary.

Nazek Ramadan agreed that while the Home Office’s announcement was “a good start”, a full overhaul was needed. “There’s no point changing the name from hostile to compliant if it’s the same policy. The name doesn’t mean anything – the practice does,” she said.

“The whole attitude to migrants needs to change. People we work with are very concerned – people who have been in the UK for years feel things are turning against them and they don’t feel welcome. This has to stop.”

Campaigners have also noted that the suspension on data-sharing is limited in its scope, while many other vital services continue under an obligation to share information with the Home Office.

“They’ve admitted time and time again that they have no monitoring systems or data collection in place. How can they review it when they assiduously avoided collecting evidence?”

Ramadan said that the sharing of information with the Home Office left many people, particularly black & ethnic minorities, feeling “reluctant to access services”.

“We had a member who was ill in hospital, and they passed their information on to an immigration officer. Another member wanted to report a hate crime and the policeman actually said to them they’d have to check their status and report it,” she said.

For another member of Migrant Voice, the consequences of the policy were potentially fatal. “He was very ill with a liver infection and he was turned away by the NHS [because of his immigration status]. He lost his liver and was left with the bill for the liver transplant,” Ramadan said.

“He will live his full life struggling as a result of this. Is it worth that for a tiny saving?”

Ramadan said that savings to the NHS from the policy had been “laughable”, and that the costs to individuals and the community far outweighed the savings. “It’s creating division, and it’s creating discrimination,” she said.

Ramadan added that people who “look like” they could be migrants are facing discrimination as a result of the policy and professionals’ and landlords’ fears that they will face major fines or imprisonment for failing to comply with the policy.

A study into a pilot of the Right to Rent scheme found that it led to discrimination against British people who did not hold passports, and that Black and Minority Ethnic (BME) people were more likely to be rejected for a tenancy on this basis.

The Labour party announced in May that it would, if elected, reverse the Conservative government’s hostile environment policy and close two of the UK’s 11 immigration detention centres, Yarl’s Wood and Brook House.

Meanwhile, the SNP has also condemned the policy and called for devolution of immigration law to the Scottish Parliament to allow Scotland to pursue an approach which meets its economic need for more migrants.