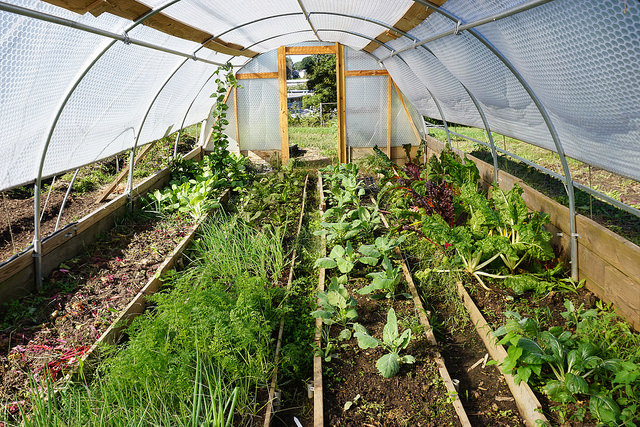 Mike Downham, a food activist in north England (first as a children’s doctor, then organic farmer), who now lives in Glasgow, attended CommonSpace’s 28 March Forum on food, poverty and Brexit and gives his reflections on the event

THIS event was well attended by a healthy mix of people, united by their passion about food. There were people who grow food, cook it, make it more available for the people who most need it, organise food banks, community activists, researchers, and an MSP. It’s clear that more and more people are recognising a systemic, cross-cutting food crisis in Scotland, and that there are many creative projects emerging in response.

With so much experience in the room – there must have been around 50 of us – it was a pity break-out groups weren’t programmed. There was little opportunity for people to meet each other, and only a minority were able to express their perspectives.

I’ve felt strongly about food as a key issue in society for a long time – first as a children’s doctor in a deprived part of Newcastle, and in Africa, then as an organic farmer in Cumbria, then as a food activist.

Most recently, before I moved to Glasgow three years ago, I was involved in setting up Carlisle Food City – an early member of a growing number of Sustainable Food Cities (or towns, counties, regions), which have drawn together local food producers, existing food projects, and activists in their area; developed new projects; and attempted to influence both local and national government food policy.

In Carlisle and its surrounding rural area we got involved in or initiated diverse food projects, including new links between producers and consumers; vegetable and fruit production on derelict land; promotion of healthy foods; reaching out to people attending food banks with a range of opportunities, such as involvement in sourcing, cooking and eating communal meals; arrangements with the local authorities, the hospital, schools, colleges, universities to source foods produced locally and sustainably; and persuading the city Council to include food policies in its local plan.

We had some successes over the first three years, but overall they were limited, transient and often frustrated by opposing forces. The supermarkets and the bigger food businesses were quick to notice that our interests didn’t match theirs, and to react accordingly. And our two local authorities, particularly the County Council, proved to be more interested in balancing their books by cutting services and selling off their land assets to developers, after misleading us with initial encouragement, aimed at their voters. We learned a lot quickly about the realities of the forces which have become entrenched in opposition to any radical movements towards a fairer society.

I suggest it’s time we take a new look at food. We know what changes are needed, but how can we achieve them? In considering this, it might help to think about food in the same way that we’ve finally come to think about climate. More and more people, most inspiringly school students – in Scotland and across the world – are saying the same three things about climate:

In Scotland, especially Glasgow, we have a remarkable scale and diversity of grassroots food activity. It’s growing these movements and joining them together which will get us to where we want to be. Yes, we must go on making specific demands on our local and national governments, but those demands will only be listened to when there are enough people shouting for them.

We may not be as far from changing the system as we tend to think. Food shortages and price rises have triggered many big uprisings across the world in the past. A lot of people in Scotland are already struggling to make ends meet, as the costs of their housing and their energy continue to rise – two out of five households this winter were in food poverty. If Brexit results in hikes of food prices, will these people say they’ve had enough? If they do, the people in the room at the CommonSpace Forum have the expertise, organisations and passion to offer them ways forward.

As the person next to me said at the end: “It could have been more upbeat”. I would add that it had every reason to be more upbeat. Together, we can make history, as well as learn from it.