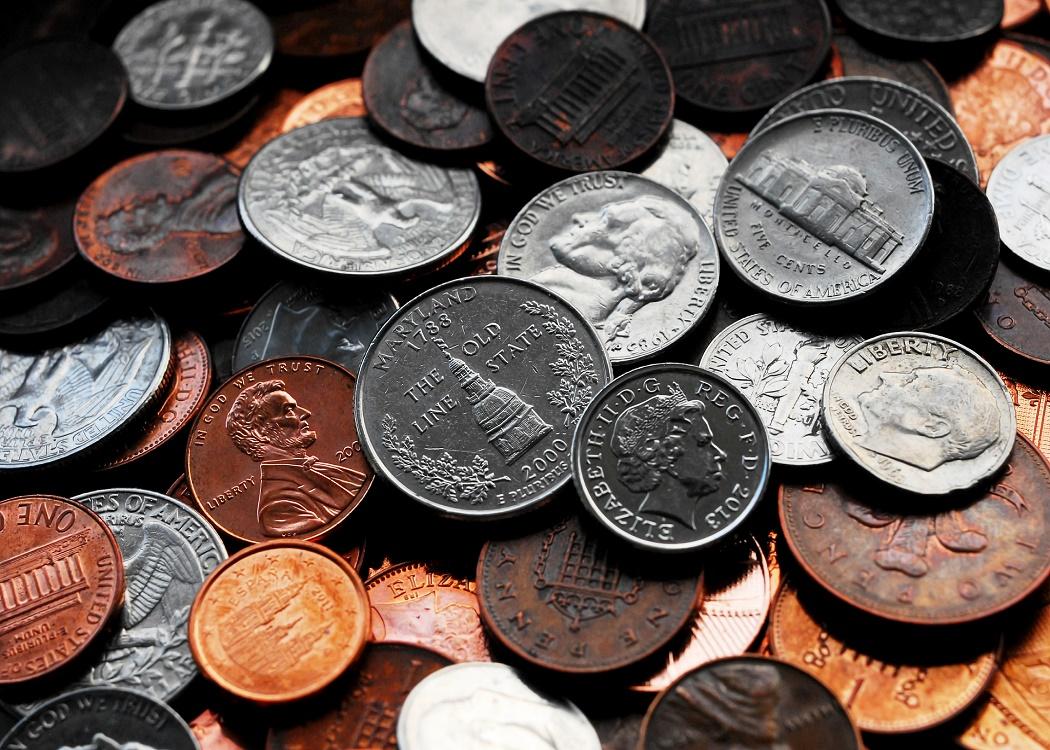 Mike Edwards from IndependenceLive.Net explores why finance and banking is so resistant to change and what it means for the Scottish independence debate

THE challenges ahead for the Scottish independence movement are many and varied but two of the big ones are how to deal with the issues of currency and banking.

On the surface we are making progress, but these issues run deep. Since CommonSpace reported the launch of the ScotPound proposal , by the New Economics Foundation (NEF) in collaboration with Common Weal, back on 15 September, the debate around currency and banking issues has been moving on apace.

Before getting into recent developments, let’s quickly recap.

The ScotPound proposal is for “a new national digital currency … alongside a free-at-point-of-use payment system, ScotPay”. The proposal is important in four ways: it could help to neutralise currency and banking threats from London; it could be a helpful political and psychological tool to get people in Scotland used to using money that is not British pounds; it could reduce the Scottish economy’s vulnerability to economic crisis by introducing currency ‘diversity’; and it could help to reduce the private and public debt burden in Scotland.

Of course, all forms of digital money have pros and cons. Having trust in those who control the technology behind it is key. Ninety-seven per cent of our money in the UK is already digital .

It is created and stored in databases controlled by our banks and tracked as it passes through an interconnected network of electronic funds transfer (EFT) payments systems which cover debit card, credit card, direct debit and other transaction types.

Since the launch of the ScotPound proposal things have moved on. During the process of developing the proposal, NEF ran its ideas past the Bank of England (BoE) to get advice about any regulatory issues that might have killed the idea before it was even out the starting block.

Not to be outdone, it turns out that the Bank of England is now thinking along the same lines. Just three days after the ScotPound launch, BoE’s chief economist, Andrew Haldane, made a speech in which he suggested something very similar to ScotPound, but for the whole of the UK – a kind of ‘BritPound’ proposal, we must surmise.

If the BoE is able to pull this out of the hat it could strengthen the UK’s economic position while undermining ScotPound as a helpful tool for the independence movement. A win-win for the British establishment.

And it isn’t just the BoE that sees the potential of a ScotPound type of solution to the UK’s ongoing economic problems. Former chairman of the UK’s now defunct Financial Services Authority (FSA), Lord Adair Turner, also seems to support a kind of UK-level ScotPound approach.

In his new book, published just a few weeks ago, Turner toys with the idea of the issuing of UK Government-backed digital money as one possible solution to Britain’s economic woes. In a recent blog post , Ben Dyson, head of research at money reform campaign organisation Positive Money, explained: “Adair Turner … was one of the most senior banking officials from 2008 until 2013 … [in his new book] Turner advocates as solutions … the idea of prohibiting banks from creating money (before concluding, as he has before, that it is too radical).

“But he then strongly advocates the need for states to create money and distribute it into the real economy, either through government spending or direct payments to citizens.”

Dyson also points out: “Such policies are now being discussed by the [UK’s] new shadow chancellor, John McDonnell, and have been endorsed by a wide range of economists , as well as those from the financial sector who have seen current policies failing.”

Interestingly, the establishment doesn’t see any significant technical challenges to implementing a ScotPound approach. Again, chief economist at the Bank of England Andrew Haldane suggests : “In one sense, there is nothing new about digital, state-issued money. Bank deposits at the central bank are precisely that [though not available to the public].”

So, if there is general agreement about the necessity and viability of a ScotPound-type solution to the UK’s ongoing economic difficulties and that issuing a ‘BritPound’ could stop Scotland getting the jump on the British establishment, why not get on with implementing it?

The lack of progress is partly because a significant part of the establishment is so tied up in its own propaganda that to fix the problem rather than to continue to slash welfare budgets undermines its whole heartless agenda.

But more importantly, it is because the current ‘broken’ system is working very well for global banking interests. The fact that private banks get to create most of our money is a big part of why they are doing so well. In the game of big global finance, power and money are not given up easily.

The lack of progress is partly because a significant part of the establishment is so tied up in its own propaganda that to fix the problem rather than to continue to slash welfare budgets undermines its whole heartless agenda.

Greece’s recent experience – the blatant disregard for its democratic political system by European economic interests – has shown that the source of real power to influence and shape society stems from control over banking and currency.

This is true at an international level as much as at a national level. Encouragingly, there is a growing awareness in Scotland that we need to get to grips with these issues. As far back as 2010 our cherished BBC reported : “[Scottish] Nationalist and former banker Douglas Thomson led calls for the Office of Fair Trading to carry out a probe.

“He said 80 per cent of lending to small and medium sized firms in Scotland was done by just two banks – the Royal Bank of Scotland and the Lloyds Banking Group … ‘That’s way too concentrated and puts too much influence over the Scottish economy into the hands of just two institutions’.”

Lord Turner, slightly cryptically, also seems to allude to this deeper problem of what we might call ‘state capture’, where private interests significantly influence a state’s decision-making processes to their own advantage through illicit and unobvious channels, saying : “… the transition may be difficult, and that we have to consider where we are starting from and be pragmatic.”

A 2012 study conducted by The Swiss Federal Institute of Technology in Zurich, titled ‘The Network Of Global Corporate Control’, holds some interesting findings regarding why it is seemingly so difficult to implement positive change to our banking system.

The study set out to understand corporate influence and control at a global level. This is important because if one of the challenges for the Scottish independence movement is the need to take power back from our financial institutions (i.e., banks), it is worth considering what power and influence they might have to resist these necessary changes.

The study’s findings are both startling and thought provoking in equal measure. The study’s introduction explains: “We start from a list of 43,060 TNCs [trans national corporations] identified according to the OECD definition, taken from a sample of about 30 million economic actors contained in the Orbis 2007 database.

“We then apply a recursive search which singles out, for the first time to our knowledge, the network of all the ownership pathways originating from and pointing to TNCs. The resulting TNC network includes 600,508 nodes and 1,006,987 ownership ties.”

Encouragingly, there is a growing awareness in Scotland that we need to get to grips with these issues.

What the researchers found was that TNCs’ ownership pathways: “… form a giant bow-tie structure and that a large portion of control flows to a small tightly-knit core of financial institutions.”

They go on to suggest: “This core can be seen as an economic ‘super-entity’ that raises new important issues both for researchers and policy makers.”

The research indicates: “From an empirical point of view, a bow-tie structure with a very small and influential core is a new observation in the study of complex networks.”

The paper’s authors go on to speculate that a bow-tie structure “may be present in other types of networks where ‘rich-get-richer’ mechanisms are at work”.

The authors explain a shocking finding: “In principle, one could expect inequality of control to be comparable to inequality of income across households and firms, since shares of most corporations are publicly accessible in stock markets.

“In contrast, we find that only 737 top holders accumulate 80 per cent of the control over the value of all TNCs. This means that network control is much more unequally distributed than wealth.

“In particular, the top ranked actors hold a control ten times bigger than what could be expected based on their wealth.”

The results of the research show that ” … 3/4 of the core are financial intermediaries [i.e.,banks]. Fig. 2D [above] shows a small subset of well-known financial players and their links, providing an idea of the level of entanglement of the entire core.”

These unnerving findings frame Lord Turner’s apprehension about the possibility of banking and money reform in an interesting light. But they also raise many other more immediate questions linked back to the question of state-capture.

Over recent days, CommonSpace has reported the demise of alternative Scottish news programme NewsShaft due to financial difficulties, highlighting how difficult it is for alternative news initiatives to find the money to operate.

Of course, the reasons for difficulties in all these areas are complex but usually at least part of the problem is connected to money. Is it possible that a corporate ‘super-entity’, mainly made up of financial institutions able to exercise a vast control and influence over how much money is created and who receives it as it first enters the economy, is a factor in explaining why ‘alternatives’ struggle to gain traction?

Whether we’re talking about alternative media, alternative farming practices, alternative land ownership models – or take your pick of other areas where known and better ways of doing things fail to gain traction.

The study raises serious questions for those of us wishing to find alternative and more positive ways of doing things in Scotland. For any kind of meaningful Scottish independence to come to fruition we need to get our thinking caps on and figure out ways to deal with banking and currency issues.

We need to help our friends and family get to grips with how banks and money currently work and support those like Robin McAlpine and Duncan McCann who are actively developing solutions to these big issues.

Above all else we need to help our friends and family get to grips with how banks and money currently work and support those like Common Weal director Robin McAlpine and NEF’s Duncan McCann who are actively developing solutions to these big issues.

A good opportunity to get involved with this issue is coming up on Thursday 29 October, from 6-8pm, when the banking and money reform campaign organisation Positive Money is hosting a free open-to-all event in cooperation with the Edinburgh University Society for Economic Pluralism (EUSEP), titled: Rethinking Our Conceptions of Banking and Money.

“This lecture by Robert Pallot will dispel popular misconceptions of banks and specifically consider: how banks can lend money they do not already have; why there is no limit to the amount of money banks may choose to create; and, the implications for the wider economy.

More information on this important event is on the EUSEP Facebook page here.