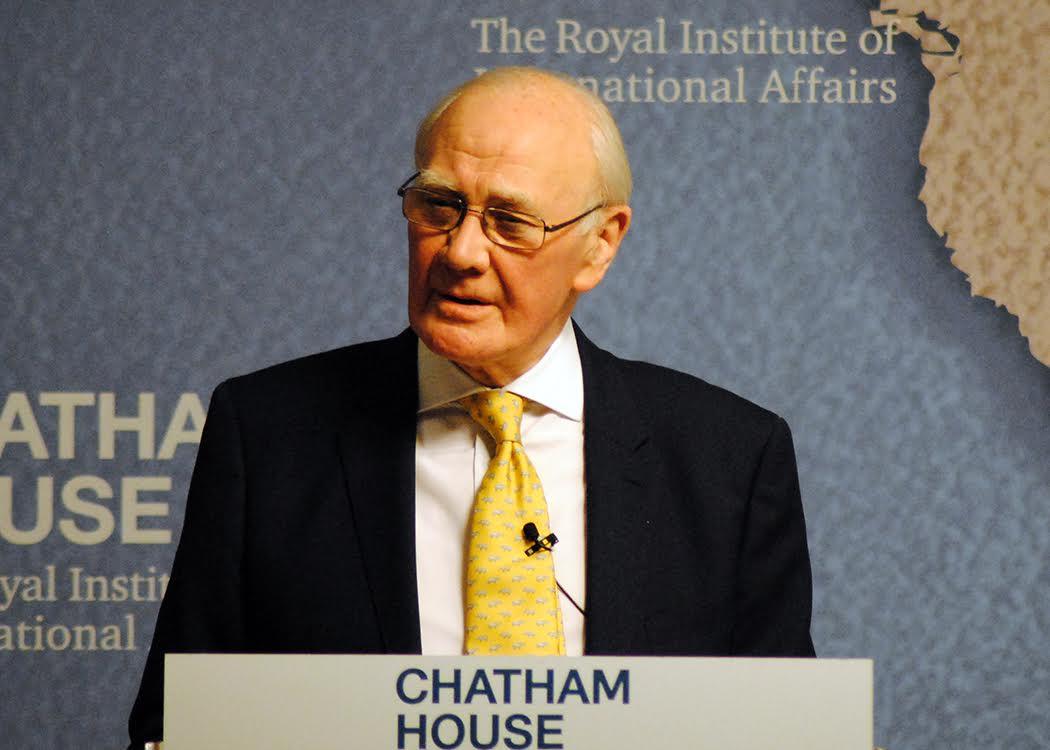 THE FORMER leader of the Liberal Democrats Sir Menzies Campbell has called on the SNP not to engage in a “dog fight” over the EU referendum campaign.

Speaking to CommonSpace Campbell, the honorary president of the European Movement and the newly appointed head of its In campaign , said that the SNP needed to put the interests of the people of Scotland before party interests.

Campbell’s comments were made in response to Humza Yousaf, the Scottish Government’s minister for Europe and international affairs who is heading up the SNP In campaign. Speaking to CommonSpace, Yousaf said that the SNP would “dominate” the In campaign in Scotland , and was therefore not interested in working with other political parties ahead of the referendum on 23 June.

“Nothing would be worse for those of us who want to remain in the European Union than for this campaign to turn into a dog fight over which party is the most dominant or indeed the most pro-European.

“The burden of winning the argument for an In vote will spread across all of Scotland’s parties – that effort won’t be helped by internecine strife.”

Campbell, who resigned as leader of the Liberal Democrats in 2007 and stood down as an MP ahead of the 2015 UK General Election, is now a member of the House of Lords.

Criticising the tone of the debate so far, he said the European Movement would be making a calm and reasoned argument concentrating on the benefits of the EU for people in Scotland and the UK.

“We want to avoid the rather brutish confrontations we’ve seen in England so far.”

Campbell also told CommonSpace that the campaign fought in Scotland for an In vote would have to be to the left of that being fought in the rest of the UK.

“Scotland is one position to the left on the spectrum compared to the rest of the United Kingdom,” he said.

“Scotland’s a centre left place, so the campaign will obviously be to encourage centre left voters to support,” he added.

Both sides in the debate on the UK’s memebership of the EU enter the short referendum campaign in a fractured state. The In campaign will be dominated by party based campaigns including Labour In and SNP In as well as campaigns undertaken by the UK and Scottish Governments. The Out campaign is comprised of several competing cross-party campaigns.

According to the Electoral Reform Society, the tenor of the campaign so far has produced little public engagement, with just 16 per cent of the public saying they feel well informed about the issues at stake.