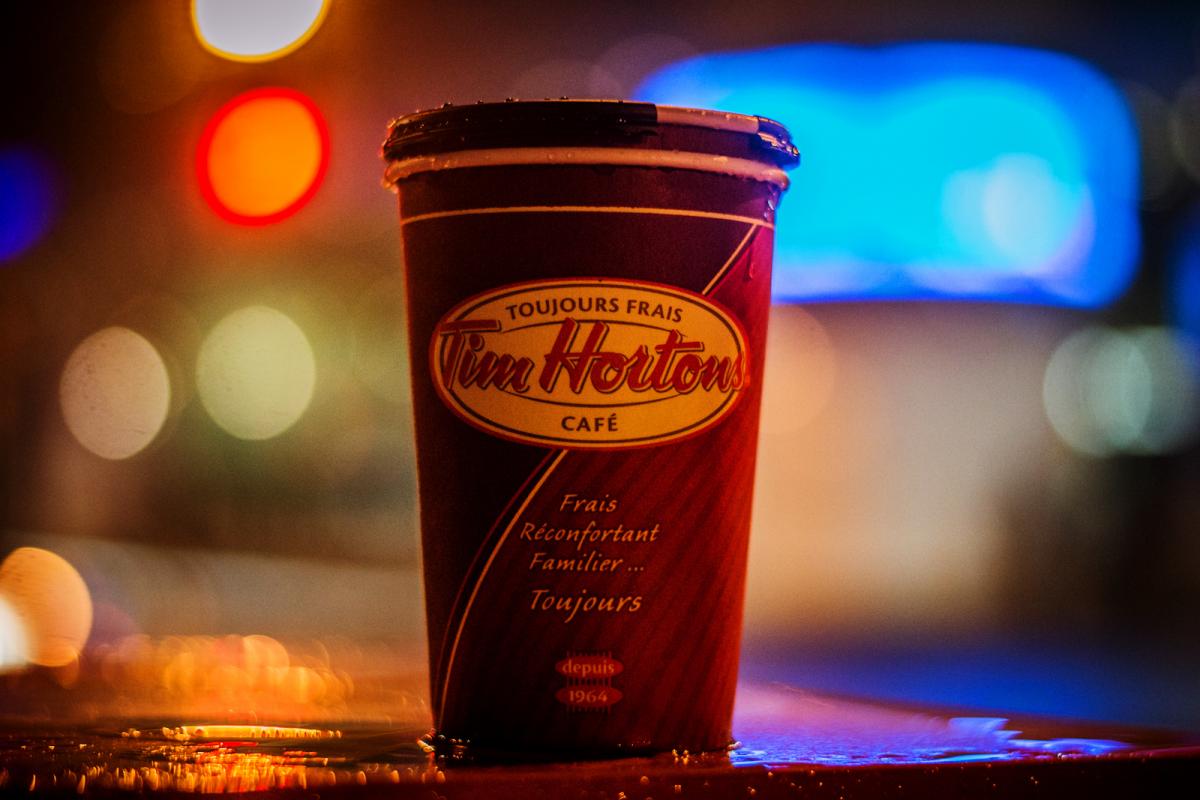 THE GLOBAL coffee chain Tim Hortons has come under fire for advertising jobs paid at just £5 per hour in Glasgow.

Positions at the cafe’s new Silverburn branch are being advertised online for workers who can “create an exceptional guest experience”. The advertisements also require prior experience in the service sector, despite being legal only for those under 18 or apprentices.

The adult minimum wage is £7.50. At least one job being advertised by the company in Glasgow has £7.50 as the ceiling on pay.

Speaking to CommonSpace a spokesperson for Better than Zero (BtZ), who have led several successful campaigns against low pay and abusive work practics in Scotland’s booming service sector, branded the job adverts “miserly” and “disrespectful”.

“The wages advertised for Tim Hortons at Silverburn are exploitative and disrespectful. The company’s claims to be a good employer are completely laughable.

“Things are changing in this city and across the country. The times of multi-national companies paying pathetic wage levels and raking in massive profits at ordinary people’s expense are coming to an end. 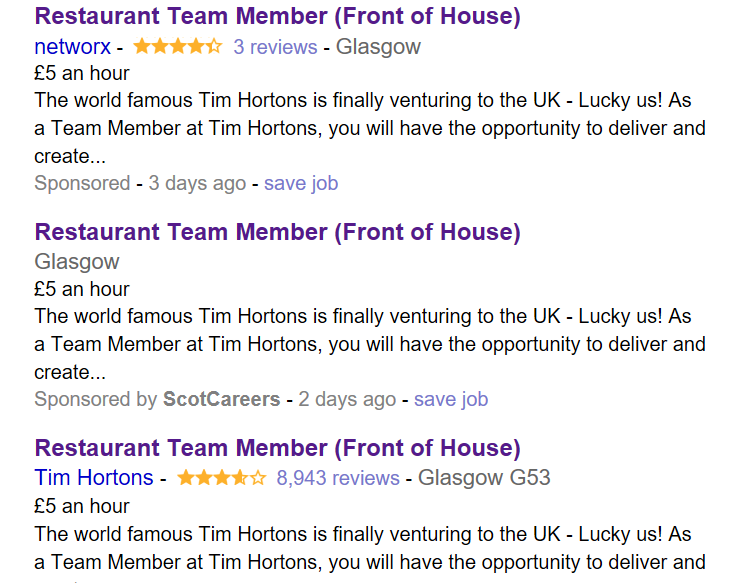 “Companies like Tim Hortons want to prey on the vulnerability of young workers in a sector that is driving down pay and conditions. If they persist in these activities they will meet resistance.

“Tim Hortons have put considerable effort into promoting their brand in the UK market. How would they like to see it associated with the utterly miserly wages they pay their staff?”

CommonSpace made several attempts to contact Tim Hortons to clarify the £5 jobs, but they did not respond.

In the very same advertisements for the £5 jobs, the Canadian chain boasts of the scale of their international operation, saying they are “looking to build on our 4,590 restaurants worldwide” and improve on the 2 billion cups of coffee they serve in the UK.

The self described ‘bake shop’ also wrote they want to be the “best employer in the UK” service sector.

BtZ organisers say they are recieving an “unprecedented” number of requests for involvement, with a range of issues from low pay to poor work conditions to being offered work with no pay at all.