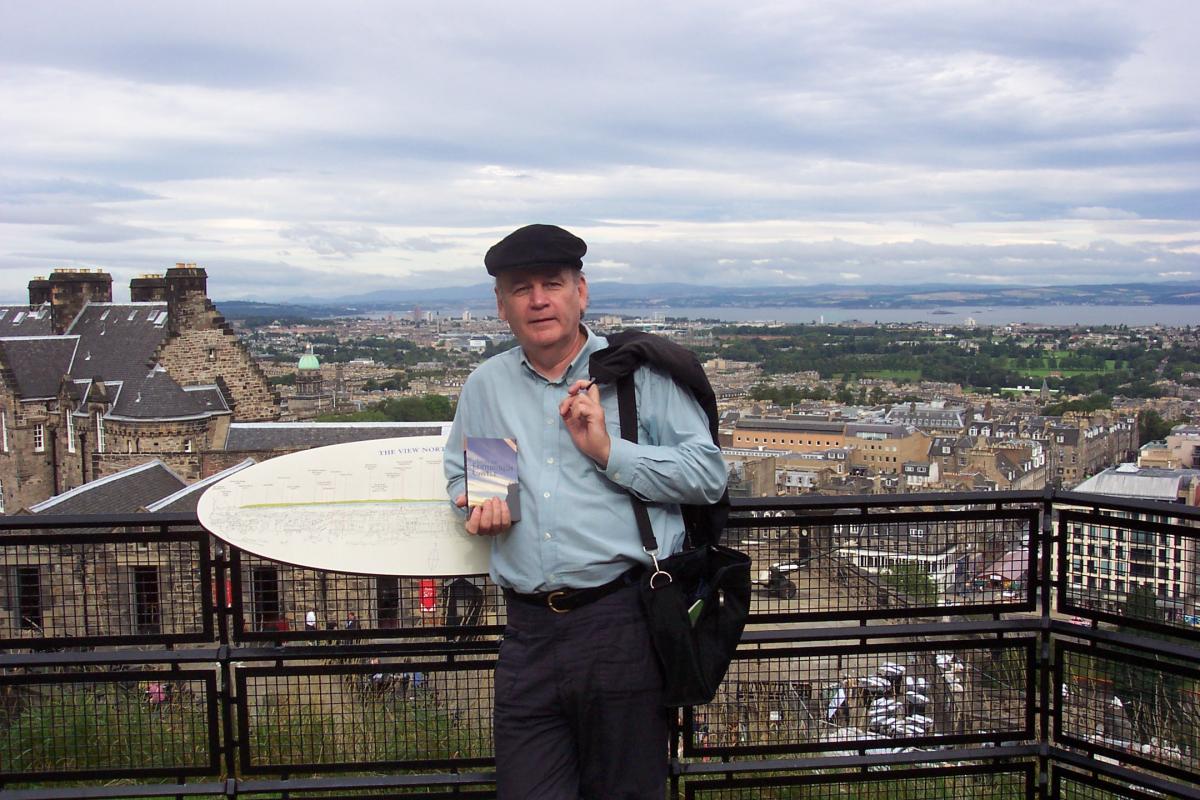 STUART McHardy, author, historian, and vocal supporter of an independent Scotland spoke to CommonSpace about his new books, the recently released The Wey Forrit  and the upcoming Scotland’s Future Culture.

Scotland’s Future Culture is the natural extension of McHardy’s 2015 book, Scotland’s Future History, in which he critiqued dominant narratives and representations of Scotland’s history, arguing that it had been purposely distorted in order to support the continuation of the union. McHardy’s new book expands his analysis into broader cultural history.

The Wey Forrit, written entirely in Scots, looks to the present British political system – branding the UK government a “whirligig o numpties” – and puts forward McHardy’s vision for an independent Scotland and how to get there.

“Jock Tamson’s bairns are a clever and complex lot, and I wanted to reflect that.” Stuart McHardy

Explaining the thinking behind Scotland’s Future History and Culture and how this fed into The Wey Forrit, McHardy said: “Jock Tamson’s bairns are a clever and complex lot, and I wanted to reflect that.

“We have to understand who we are, how this has been historically distorted, and start standing up for ourselves and taking pride. We have to resist the bourgeois state of Britain trying to tell us who we are and how we are.

“The Wey Forrit is me following through on what I say should be done in Scotland’s Future History and Scotland’s Future Culture. It’s my blueprint for an independent Scotland – and next week wouldn’t be quick enough for me.”

With this in mind, McHardy felt that it was important to take his arguments from Scotland’s Future History farther. “I began to realise our idea of history is far too limited and I wanted to broaden out the whole idea from narrow political history to cultural history”, he said.

“Stories, art, drama, dance, archaeology…all of these are extremely significant but this tends to get pushed to the side by political history.”

Scottish history and culture, McHardy said, has been “misrepresented, suppressed and distorted.” 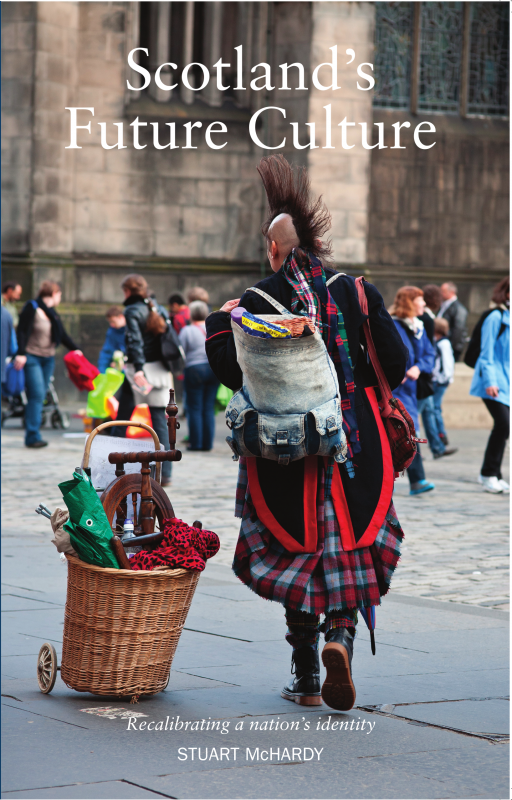 “Scotland has been run like a colony since 1608.” Stuart McHardy

As it stands, he said: “People pay no attention to things that go on in Scotland – they’re not worthy of the notice of the media or politicians. It’s as though Scotland is in a parallel universe.”

Asked whether he felt this perceived disregard and distortion of Scottish culture was calculated, McHardy was unequivocal: “Without a shadow of a doubt.

“The idea runs through all three books about gatekeepers of a colonial structure. Scotland has been run like a colony since 1608.”

Even the choice to write The Wey Forrit in Scots was important to the goal of shifting this trend, as McHardy had long been bothered by the “suppression of indigenous language” in Scotland.

“This has been a deliberate policy of British governments for many years”, he said, and one which he believes has held Scotland back.

McHardy pointed to the benefits to pupil attainment and self confidence of teaching Scots in schools, which has become more common in recent years. “The more of this that happens, the better”, he said, as the process of confidence building will be essential to Scotland’s future.

“We should be deciding what needs to be done, then arguing about it, no arguing first.” Stuart McHardy

He also felt that it was important to “speak in the voice of the people” and to engage more than politicians in the process of creating Scotland’s future.

“The whole notion of political change can’t be left to political parties because they have their own agendas”, McHardy said.

He suggested that, while the SNP had done some “wonderful things”, the Scottish Parliament was failing to live up to its potential.

“Part of my thesis is that the problem is that all parties are modelled on the Westminster model”, he said. 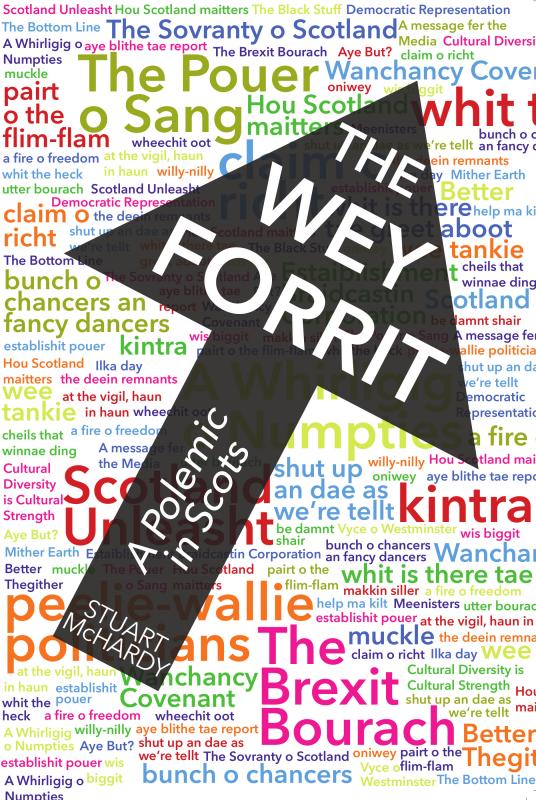 “We should be deciding what needs to be done, then arguing about it, no arguing first”, he added.

One of the focuses of Scotland’s Future Culture is how the nature of the current political system, which McHardy describes as “psychopathically intolerant”, has led to a backlash of extremism.

“We’re no better than anybody else but we sure as hell aren’t any bloody worse.” Stuart McHardy

The rise of ISIS and the far right, McHardy said, is evidence that “the political situation is anything but secure”.

“Economic exploitation is at the back of it”, he explained. He pointed to the hypocrisy of the UK government in criticising other regimes, meanwhile “going about trying to loot everybody else”.

This is why, McHardy argued, Scotland is well placed to make a real change now, amidst an unstable political landscape.

He recalled a series of democracy trails he took part in during the lead up to the referendum, when people all over the world expressed their admiration for Scotland’s peaceful independence campaign.

“They saw the way the community of Scotland was proceeding as a model for how the planet should work”, McHardy said.

This, McHardy argued, counters the common misperception that Scotland is “too wee, too poor, too stupid”.

The most important lesson McHardy has learned in researching and writing Scotland’s Future Culture and The Wey Forrit, he said, is that: “We’re no better than anybody else but we sure as hell aren’t any bloody worse.”

Scotland’s Future Culture will be released on 30 September, while the The Wey Forrit was released last month, both published by Luath Press.

Stuart McHardy said he is “more than happy to speak to any groups, anywhere, anytime”.