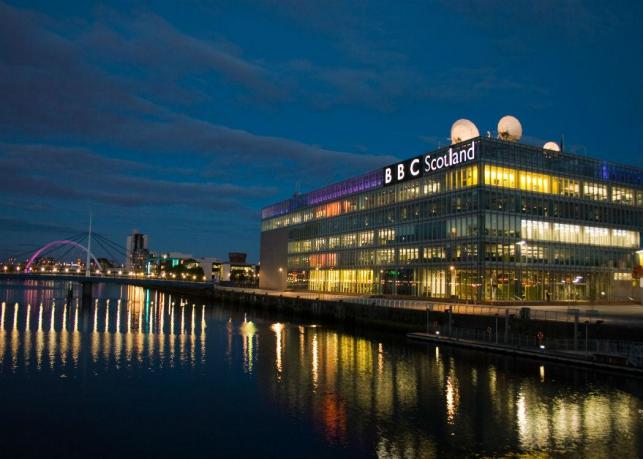 PLANS TO shake up BBC Scotland programming, including cancelling Scotland 2016, and ‘bolstering’ Reporting Scotland, have been met with mixed reactions.

Having lost the ratings battle to STV’s popular Scotland Tonight current affairs programme, the BBC’s nightly Scotland 2016 is being axed, along with radio programmes The Big Debate and Business Scotland.

BBC Scotland’s incoming head of news and current affairs Gary Smith told the Scotsman he wanted to pursue “quality instead of quantity”, announcing a raft of changes to television and radio programming.

A revamp at BBC Scotland has been long anticipated, particularly after the station came in for heavy criticism during the independence referendum. A commission in 2008 recommended a Scottish-only digital channel, and the Scottish Government’s culture secretary Fiona Hyslop supports a federal system in which BBC Scotland would be independent and receive proportionate funding.

“The BBC has huge resources – over £6bn. Is it not even going to try?” Iain Macwhirter

But while the National Union of Journalists (NUJ) was broadly supportive of the changes announced by Smith, calling them a “real step in the right direction”, other commentators have expressed disappointment in the limited nature of the reforms.

Speaking to CommonSpace, writer Chris Silver said the BBC risked “becoming increasingly irrelevant” if it could not meet the standards set by its rivals in Scotland.

Silver, whose 2015 book Demanding Democracy: The Case for a Scottish Media outlined the decline of the media landscape, added: “While the demise of Scotland 2016 could offer opportunities to deploy limited resources more effectively, particularly at BBC Radio Scotland, where a revival is long overdue, this move brings with it other risks.”

“This has a lot to do with leadership, capacity, talent – but we’re just not hearing about that.” Lesley Riddoch

“If the BBC is prepared to give up ground like this, it betrays both a lack of ambition in Scotland and a refusal to work out why an offering like Scotland 2016 failed. In part this is due to the limitation of the opt-out model, but I think it also betrays a real unwillingness to innovate or invest other than in the most superficial terms.”

“I'd also suggest that this move is part of a far longer process, which has seen a drift away from a traditional focus on news and current affairs at BBC Scotland. Unless management can reassert the importance of quality journalism within the programming mix, these symptoms of managed decline will continue.”

The proposal to establish a ‘Scottish Six’ current affairs programme on BBC Scotland is still being discussed, Smith told the Scotsman, but he admitted it would be a “big challenge” to do an hour-long nightly programme.

But author and former BBC broadcaster Lesley Riddoch told CommonSpace that finding Scottish content shouldn’t be a problem. “I still can’t see how, with more powers coming to the Scottish Parliament, and the prospect of a pretty frisky opposition, there isn’t the prospect of something to discuss every day”, she said. “STV manage it without slavishly just reporting the parliament.”

“If there was a statement that resources are absolutely being put into the production of a Scottish six o’clock, that would be one thing – but as far as I’ve seen there hasn’t been that commitment at all.”

Riddoch pointed to STV’s recent success at the Royal Television Society awards, for which she was a judge, noting that the station’s Scotland Tonight current affairs programme manages to be popular without an internal system to back it up.

“Unless management can reassert the importance of quality journalism within the programming mix, these symptoms of managed decline will continue.” Christopher Silver

“This has a lot to do with leadership, capacity, talent”, Riddoch said, “but we’re just not hearing about that. All those ambitious, exciting ideas discussed previously about the future of broadcasting in Scotland seem to have been completely dumped.

“It seems like the BBC’s offer is a bit like the UK Government’s – always behind the curve. Each time they accept that something must be improved, the audience has moved on. A lot of people are watching network news now – even people like myself with a BBC-viewing habit are now watching Channel 4 news. What Scotland needs is a Channel 4.”

He said: “It rather looks like defeatism scrapping Scotland 2016. Why hasn’t the BBC been able to produce a programme of similar quality to STV’s Scotland Tonight?

“Newsnight lost audience in the noughties but the BBC’s response was to try to make the programme better not get rid of it. The BBC has huge resources – over £6bn. Is it not even going to try?”

Macwhirter has previously backed an independent BBC Scotland digital channel, noting that more than half of Scottish viewers feel BBC news and current affairs coverage does not reflect their lives.

During the Scottish independence referendum protests were held outside the BBC’s Pacific Quay headquarters in Glasgow, over allegations that BBC coverage was biased against independence.

Last year the NUJ condemned the loss of 1,000 jobs at the BBC; the union’s general secretary Michelle Stanistreet saying that “to date, Delivering Quality First, the cost cutting programme which has reduced the news budget by a quarter, has hit journalists and programming.”

In February this year a committee of MSPs issued a report backing greater independence and financial power for BBC Scotland. Culture secretary Fiona Hyslop said at the time that the BBC “must do more to better reflect Scotland..the licence fee raised in Scotland should be spent here to directly benefit our production sector and creative industries.”

“Why hasn’t the BBC been able to produce a programme of similar quality to STV’s Scotland Tonight?” Iain Macwhirter

Asked to comment on the proposals, a Scottish Government spokesperson said:“The BBC, as Scotland’s publicly-funded broadcaster, must utilise the journalistic talent it has here in Scotland to deliver high quality news and current affairs programming. That means having the necessary resources and structure in Pacific Quay to bring news from across the nation, and around the world, to the people of Scotland.

“The BBC’s own research has shown that the majority of people in Scotland do not believe the broadcaster is adequately reflecting Scotland. It’s clearly well past time that the BBC’s investment and operations catches up with devolution and empowers their staff in Scotland to meet the needs of their audience.

“Editorial independence for BBC Scotland is vital, and we will continue to push for this protection and necessary investment through the Charter Review process and beyond.”