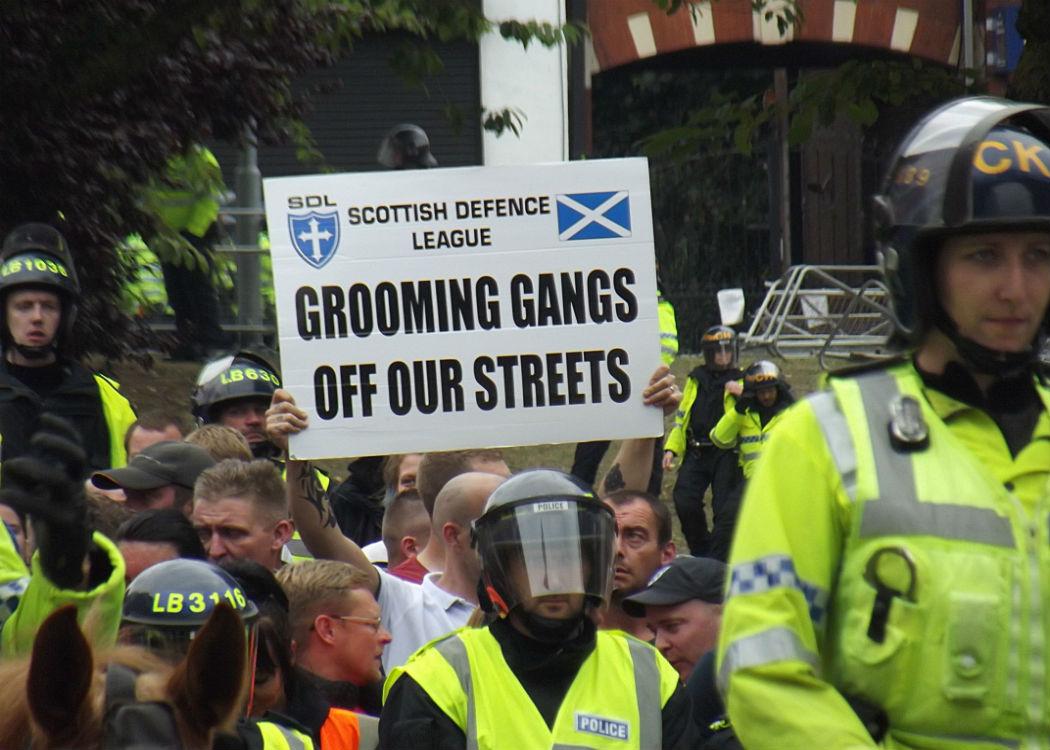 MONKTON residents and anti-racist campaigners are to hold a counter demonstration against the far-right Scottish Defence League (SDL) who are due to hold a protest against the presence of refugees in the Ayrshire town.

Around 150 refugees are thought to be temporarily housed at Adamton Country House Hotel outside Monkton.

The anti-racism rally on Sunday 15 November is being organised in conjunction with the Scottish Trades Union Congress, and organisers say they want it to be “positive, inclusive and pro-refugee rights”.

The STUC-backed demonstration will meet at Monkton Crossroads at 1pm . This area will also be the location of the SDL demonstration against refugees.

Comments on an SDL facebook group introduced the demonstration by describing the refugees as “secret, dark skinned African males” who could be “murderers, rapists or paedophiles” and who have committed “atrocities”. There is no evidence for any of the SDL’s claims.

Trade union activist Sarah Collins, one of the demonstration organisers, told CommonSpace: “We’ve all seen the images of desperate people fleeing war and destruction for Europe, risking their lives on the Mediterranean and sleeping in the open in winter. We have to act when we see people suffering who need our help.

“Refugees are welcome in Scotland, and we hope many more make this country their refuge in their time of need.

“The SDL don’t represent the Scottish and aren’t defending anyone. They have come to Monkton to whip up hatred, fear and bigotry. We won’t let them engage in the intimidation of refugees without opposition.”

Around 700,000 refugees have entered Europe since the begining of 2015, mostly fleeing war and social collapse.

Police Scotland declined to comment on the two rallies beyond stating: “We are aware of the event and it will be policed appropriately.”