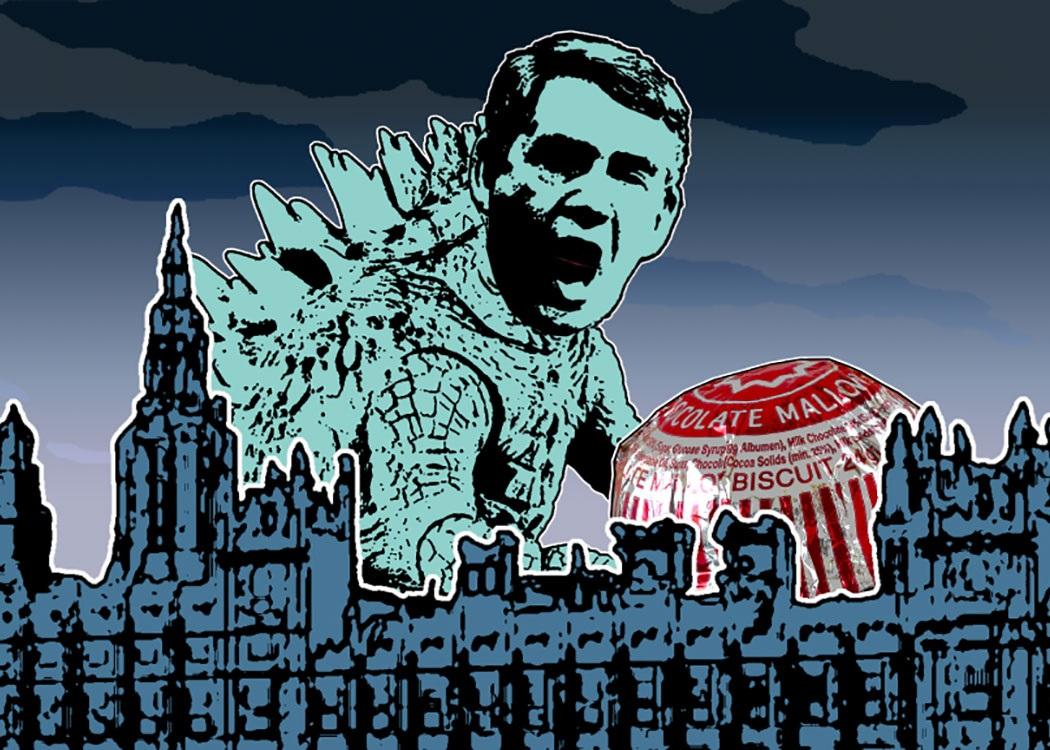 IN this week’s MoodieVision episode, David Cameron and Giddy’s plans to punish the poor, the immigrants, the trade unions and the Scots are interrupted when a giant teacake appears outside parliament, forcing them to unleash the former member for Kirkcaldy and Cowdenbeath.

MoodieVision is written and produced by Greg Moodie and Rose Garnett. Tune in next Wednesday at noon for the next instalment, or click here to watch other episodes .